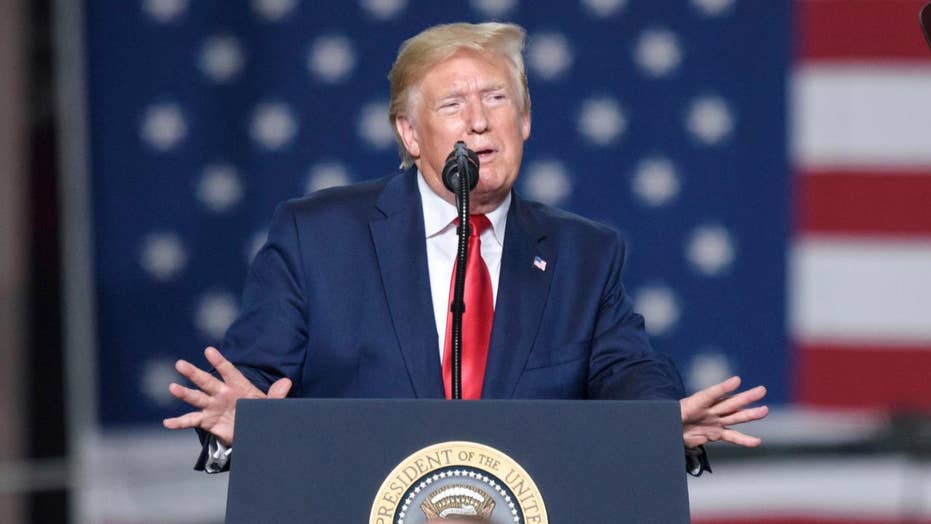 Supporters of the question say it is necessary for an accurate count while critics claim it is an attempt to intimidate immigrants; Ellison Barber reports from Berkeley Heights, New Jersey.

The real battle over the citizenship question on the 2020 census has nothing to do with any of the arguments advanced by either side before the Supreme Court.

No, the Trump administration is not desperate to better enforce the Voting Rights Act by detecting possible fraud. Sure, this pretext likely has some legitimacy, but it’s not really the primary reason for asking whether each person counted in the census is a U.S. citizen.

Over on the other side, arguments that adding the citizenship question will cause an 8 percent undercount – as undocumented immigrants flee from answering the census – and result in a massive underfunding of federal assistance to affected localities and states are vastly exaggerated.

This is equally unlikely either to happen or be the real concern. The citizenship question has been on many past census forms, when people really did have to fear declaring themselves as a non-citizen.

Today there are huge numbers of non-citizens and they apply for driver’s licenses, government benefits and schooling. They even realize that the greater their declared numbers, the greater the federal funding going to their communities.

In addition, the citizenship question does not ask if you are here illegally. It only asks if you are a U.S. citizen. It does not ask you to admit to a crime, only to reveal your status – and there are many legal reasons you could be here. Even waiting for an asylum hearing is a legal reason to be here. So this information is not of any direct use to immigration authorities.

So why is there a knockdown, drag-out fight over this question? Because the answers are political dynamite.

This citizenship question already appears on the longer and more detailed American Community Survey given to millions of people by the Census Bureau, and there is no evidence that it underperforms or does not get filled out. Many polls regularly include this question and there is no lack of response as a result.

So why is there a knockdown, drag-out fight over this question?

In graphic terms, all of the racial, income and other differences between citizens and non-citizens will be brought to light.

On the other side, the last thing that advocates of a more liberal immigration policy want is to document the full extent of the issue and its concentrated impact in certain areas of the country. This could create a backlash in certain communities that knew they were magnets for immigrants – but not to the extent that would come out in this census.

As in the famous scene in the film “Casa Blanca,” this is the time to feign shock over this fight really being about politics. But of course it is, and that’s why it has become so heated and factionalized.

One wonders why nine super-intelligent justices on the Supreme Court didn’t see through to the core of the problem. President Trump and his administration want to get out the full story of the resources going to non-citizens, while immigration advocates want to gloss over it. Information, in this case, is power.

Consequently, there is no absolute right or wrong in this fight. If you believe that by winning the election Trump should be able to restore this question, then it should be on the census. If you believe it would bring unfair attention to the cost and magnitude of those here without citizenship, then you should be against it.

And if you are a Supreme Court justice you should have recognized this as a political question and decided it on these lines.

Wait – liberal justices voted one way and conservatives another, with Chief Justice John Roberts casting a swing vote with the liberals for a decision that is at best nonsensical, as it creates a unique, never-used standard for judging administrative actions.

So it is obvious – despite all of the verbiage on both sides – that all of the justices realized this was more of a political question than a legal one and voted accordingly.

Legally, it should be a no-brainer that the commerce secretary can add a question that was on the census for scores of years, appears on the census of many other countries, and is recommended even by the United Nations in its guide to conducting a census.

So who says there are no Obama justices and Trump justices? Chief Justice Roberts declared that in response to complaints from President Trump. And yet, who turns out to be the most politically savvy voting his politics even when he can’t find any law? That same Justice Roberts.

Ultimately this was nothing but a political decision based on whether one favors more liberal immigration policies or wants more accountability for the illegal immigration that has poured into the country.

I’m not taking any sides here other than to call this battle out for what it is – politics pure and simple, masquerading as a question of law. Everybody knows it.