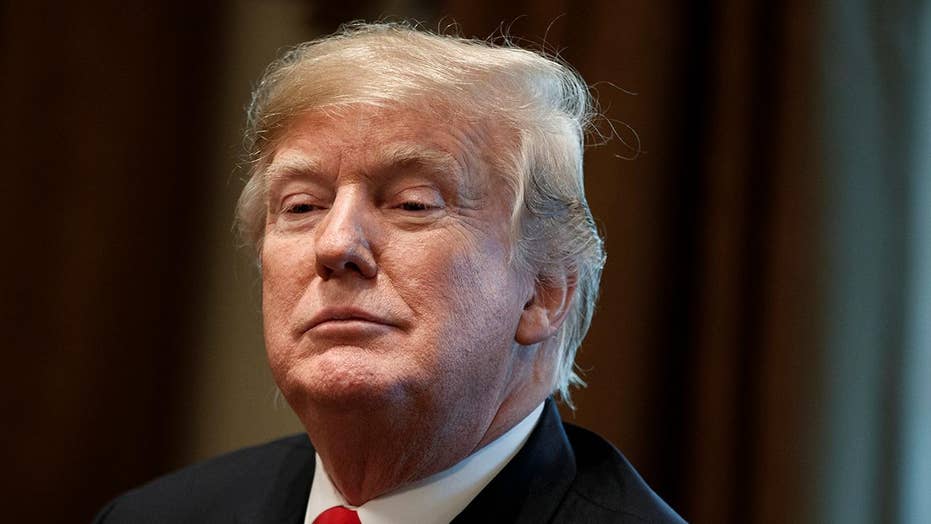 Washington Post columnist Marc Thiessen ranks the best and worst at the halfway mark of the president’s first term.

In his second year in office, President Trump did many positive things, and on Monday, I offered my list of the 10 best things Trump did in 2018. But he also did a lot of bad things that ranged from cringeworthy to catastrophic. Here are the 10 worst:

10. His comment about "sh--hole" countries blew up negotiations for a deal that would have given Trump his border wall. Nearly a year ago, the president made a bold offer to Democrats -- putting not just legal status but also a path to citizenship for nearly 1.8 million young illegal immigrants on the table. Then his abhorrent comment undermined Democrats who were serious about cutting a deal and gave those who were not a pretext to walk away.

9. His offensive tweets continued to undermine his presidency. Calling former White House aide Omarosa Manigault Newman "a dog" and Stormy Daniels "Horseface" -- among countless offensive tweets -- is not just unpresidential, it drives away potential supporters who like his policies but then are reminded how much they don't like Trump.

8. His misuse of power turned critics into martyrs. Revoking former CIA director John Brennan's security clearance and CNN White House correspondent Jim Acosta's White House press pass turned partisan critics who were embarrassing themselves into victims -- and gave them an even greater platform from which to attack him.

7. He drove away suburban voters and caused the GOP to lose control of the House. That's because the president has sought to energize his base in ways that drive those voters away. If he wants to win reelection, Trump needs to bring suburban Republican voters back into the GOP fold.

6. His graceless handling of Sen. John McCain's funeral was a new low. Trump didn't like McCain, but when you're the president, sometimes you must honor people you didn't like. McCain was an American hero. Trump's inability to muster a kind or generous word reflected poorly on the president.

5. His handling of Jamal Khashoggi's murder harmed America's moral standing. Trump is right that a permanent breach with Saudi Arabia is not acceptable, because there is no other country in the Middle East that can serve as a counterweight to Iran. But it was unseemly to declare that "It's all about 'America First'" and "We're not going to give up hundreds of billions of dollars in orders."

4. His news conference with Vladimir Putin in Helsinki was an embarrassment. His meeting with the Russian president came on the heels of Russia's attempted assassination of a dissident on British soil using banned chemical weapons and the indictment of 12 Russians for 2016 election meddling. Instead of condemning these actions, Trump publicly sided with Putin over his own intelligence community.

3. His policy to separate migrant children from their families at the southern border was an avoidable tragedy. There is nothing wrong with a zero-tolerance policy for illegal crossings. But his administration's failure to anticipate and prepare for how to deal with migrant families was gross negligence -- a symptom of the chaos that is undermining his presidency.

1. His pullout of all U.S. troops in Syria will take America's boot off of the terrorists' necks. Trump's claim that "we have defeated ISIS in Syria" is as bad as Obama's dismissing them as the "J.V." squad. The Islamic State still has up to 30,000 fighters in Iraq and Syria and about $400 million in their coffers. The Islamic State is not defeated, and not one member of Trump's national security team agrees with his decision to withdraw. If he lets the Islamic State off the mat like Obama did in Iraq in 2011, our nation will pay a terrible price.

It is notable that, with the exception of troop withdrawals and family separations, most of the items on this list were transgressions of style rather than substance. With the mute button on, the Trump presidency is pretty good from a conservative policy perspective. And yet Trump's approval rating at year's end is just 39 percent -- because most Americans don't follow politics with the sound off.