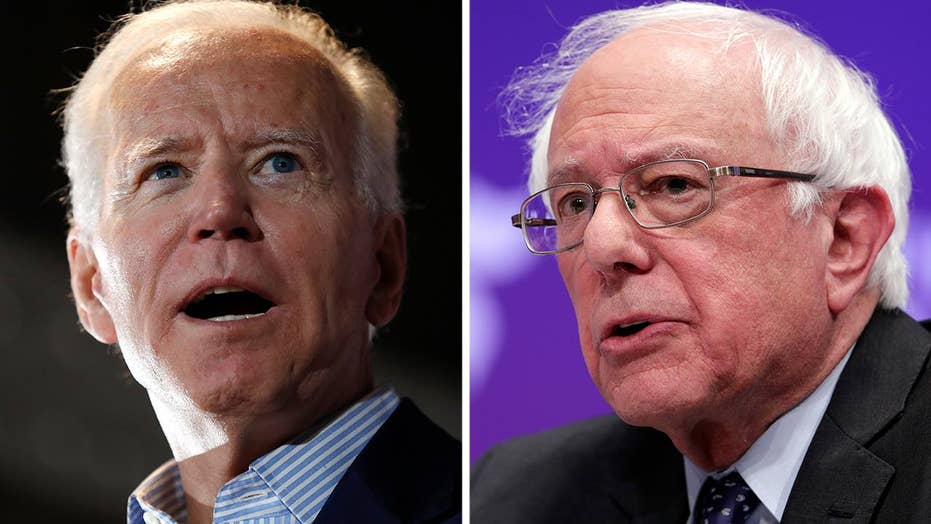 Joe Biden's presidential campaign is in trouble. That may sound crazy. The former vice president just opened up (according to one poll) a 32-point lead over the rest of the Democratic field. But beneath the surface, trouble is brewing.

Biden will be 78 on Inauguration Day 2021. That would make him older, if elected, on the day he takes office than President Ronald Reagan was on the day he left office.

With old age comes old baggage – in Biden's case, his handling of Anita Hill's testimony during Supreme Court Justice Clarence Thomas's confirmation hearings. Polls show that 30 percent of Democrats don't approve of Biden's handling of Hill's testimony; 44 percent said they didn't know or had no opinion. That's not surprising. The Thomas hearings took place in 1991, when the Soviet Union still existed, the last apartheid president of South Africa was still in office and something called the World Wide Web was made available to the public. Tens of millions of American voters have been born since 1991, and have no living memories of these events.

But Biden's Democratic rivals are going to make sure they do know about Anita Hill. The more Biden's primary lead expands, the more desperate his Democratic opponents will be to bring him down. And Hill is their most powerful weapon.

Biden knows this, which is why he recently tried to reach out to Hill and smooth things over. It didn't work. Hill told the New York Times that "she was not convinced that he has taken full responsibility for his conduct at the hearings – or for the harm he caused other victims of sexual harassment and gender violence." She said "she was troubled by the recent accounts of women who say Biden touched them in ways that made them feel uncomfortable." And she said that Biden's handling of her testimony "set the stage" for the confirmation of Justice Brett Kavanaugh to the Supreme Court.

Those words could prove devastating with Democratic primary voters. The Thomas hearings may be ancient history, but Kavanaugh's confirmation is an open wound for Democrats.

Biden will be 78 on Inauguration Day 2021. That would make him older, if elected, on the day he takes office than President Ronald Reagan was on the day he left office.

Biden said in a speech in March that "to this day, I regret I couldn't come up with a way to get her the kind of hearing she deserved." Democrats won't buy that. He was chairman of the committee before which she testified. Perhaps he didn't do more to support Hill because most Americans did not believe her. After three days of hearings, a New York Times poll showed that 58 percent believed Thomas, while just 24 percent believed Hill. Even 46 percent of Democrats believed Thomas over Hill. Far from hurting Thomas, Hill's testimony moved public opinion in his direction. The number of people who supported Thomas's confirmation rose from 38 percent before Hill testified to 45 percent after, with just 20 percent opposed to his confirmation.

Even Biden didn't believe some of Hill's testimony. At one point, Sen. Arlen Specter, R-Pa., asked whether Hill was told by Senate Democrats that her charges would be kept secret and used to force Thomas to withdraw. She denied it. Specter recalled in his memoir that Biden said, "It was clear to me from the way she was answering the questions, she was lying."

Biden bowed to the public mood of the times. But in 2019, the public mood of the Democratic electorate has changed. He is running for president in the #MeToo era, against female Democratic rivals such as Sens. Kirsten Gillibrand, N.Y., Amy Klobuchar, Minn., Kamala Harris, Calif., and Elizabeth Warren, Mass. Think they are going to give Biden a pass on his handling of Hill's testimony? Biden is the living embodiment of the era they are running against – a guy who is all too "handsy" with women in professional situations (as captured on video and parodied by late-night TV) and who did not stand up for a woman when she came forward.

The mantra on the left today is that even completely uncorroborated allegations of sexual misconduct must be believed and should be enough to destroy a man's career. Democrats tried to use such uncorroborated accusations to stop Kavanaugh's confirmation, and failed. That failure is a source of continuing frustration for the Democratic base. Biden's rivals are going to harness those frustrations by pinning their party's failure to defeat Kavanaugh on Biden through the prism of the Thomas hearings.