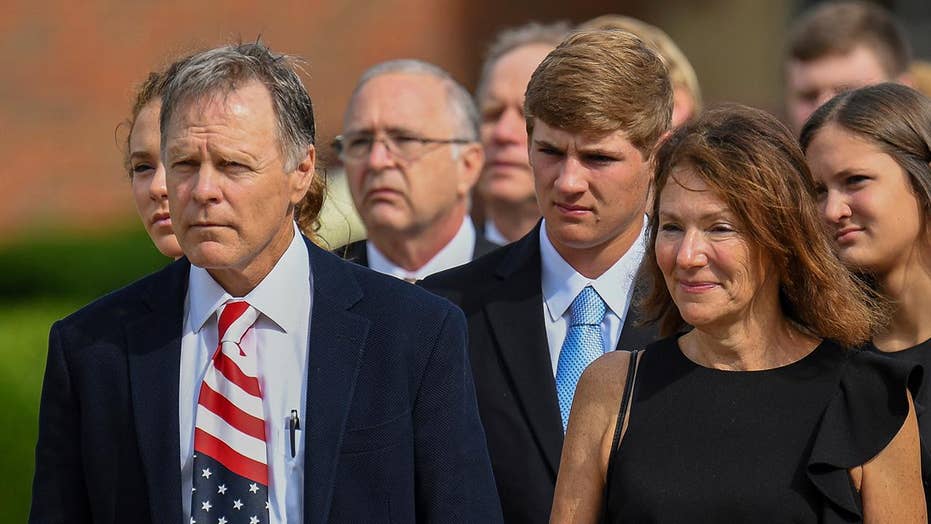 Editor's note: The following column is adapted from a post which originally appeared on AEIdeas.org, the blog of the American Enterprise Institute.

In their first television interviews since their son Otto’s death, Fred and Cindy Warmbier described the horror of first seeing their son on his return after a year-and-a-half of North Korean captivity. The Washington Post reports:

“We walked over to the plane; the engines are still humming,” Fred Warmbier said. “When we got halfway up the steps, we heard this howling, involuntary, inhuman sound. We weren’t really certain what it was. … Otto was on the stretcher across in the plane, and he was jerking violently, making these inhuman sounds.”

Fred Warmbier said his wife and daughter ran off the plane, while he and his other son walked over to the stretcher. Otto Warmbier now had a shaved head, a feeding tube emerging from his nose, and was blind and deaf.

“As we looked at him and tried to comfort him, it looked like someone had taken a pair of pliers and rearranged his bottom teeth,” Fred Warmbier said.

North Korea has kidnapped hundreds of foreign nationals on foreign soil, many of whom are still held hostage. They have a history of carrying out assassinations and bombings on foreign soil. And now they are threatening to terrorize the entire world with nuclear ICBMs.

“They destroyed him,” Cindy Warmbier added, shaking her head.

In the months since his death, the Warmbiers made a shocking discovery.  “It was astounding to Cindy and I to discover that North Korea is not listed as a state sponsor of terror,” said his father Fred.  “We see North Korea claiming to be a victim and that the world is picking on them, and we’re here to tell you: North Korea is not a victim. They’re terrorists. They kidnapped Otto. They tortured him. They intentionally injured him. They are not victims.”

Watching the Warmbiers talk about their son, your heart breaks.  It’s impossible to imagine what it is like to see your beloved child in that condition.

And they are absolutely right, North Korea is not a victim.  It is a terrorist state.

Indeed, it was designated as such for more than two decades, placed on the State Sponsors of Terrorism list in 1988 by the Reagan administration after the 1987 bombing of a South Korean airliner, which killed more than 100 people.

Two decades later, the Bush administration removed North Korea from list in 2008 — not because the North Koreans had given up their support for terror, but because they promised to give up their nuclear weapons.  The designation was rescinded as part of a terrible deal negotiated by Secretary of State Condi Rice and Ambassador Chris Hill in exchange for a promise by North Korea to dismantle a plutonium facility and allow inspections of its Yongbyon nuclear facility.

North Korea obviously did not keep up its end of the bargain.  So the Trump administration should put North Korea back on the list.  They more than qualify.

This is a regime that has provided nuclear and missile technology to U.S.-designated state sponsors of terror.  They helped build a nuclear reactor for Syria (which Israel destroyed) and are providing missiles and ballistic missile technology to Iran, another state sponsor of terror.  They also have active ties to Hamas and Hezbollah.  Secretary of Defense Robert Gates asserted in August 2010, “The fact is that North Korea continues to smuggle missiles and weapons to other countries around the world—Burma, Iran, Hezbollah, Hamas.”  Indeed, Pyongyang helped Hezbollah build its extensive tunnel networks near the Israeli border, which Hezbollah has used to launch rocket attacks on Israel.  A federal judge found North Korea liable for damages from those missile attacks in 2006.

In addition, North Korea has kidnapped hundreds of foreign nationals on foreign soil, including Japanese and South Korean citizens, many of whom are still held hostage.  They have a history of carrying out assassinations and bombings on foreign soil.  And now they are threatening to terrorize the entire world with nuclear ICBMs.

North Korea is a terrorist state, plain and simple. The standard, under the law, is a country that has “repeatedly provided support for acts of international terrorism.”  That perfectly describes North Korea.

The North Koreans were not taken off the list because they no longer met the criteria for designation, but as part of a deal that they did not uphold.

Back in 2008, getting taken off the list of terrorists was a high priority for the regime, so placing them back on would be a diplomatic setback for Pyongyang.  The additional sanctions that come with a re-designation may not make much of a difference in North Korea’s behavior, but they are one piece of a larger strategy for isolating and squeezing the North Korean regime.  Other options under consideration reportedly include shooting down any future missiles North Korea launches. Former Supreme Allied Commander James Stavridis has recommended a naval blockade of North Korea.  And if North Korea does not stand down, military action may prove unavoidable.

There are a lot of tough decisions when it comes to North Korea.  Designating them a state sponsor of terror should not be one of them.