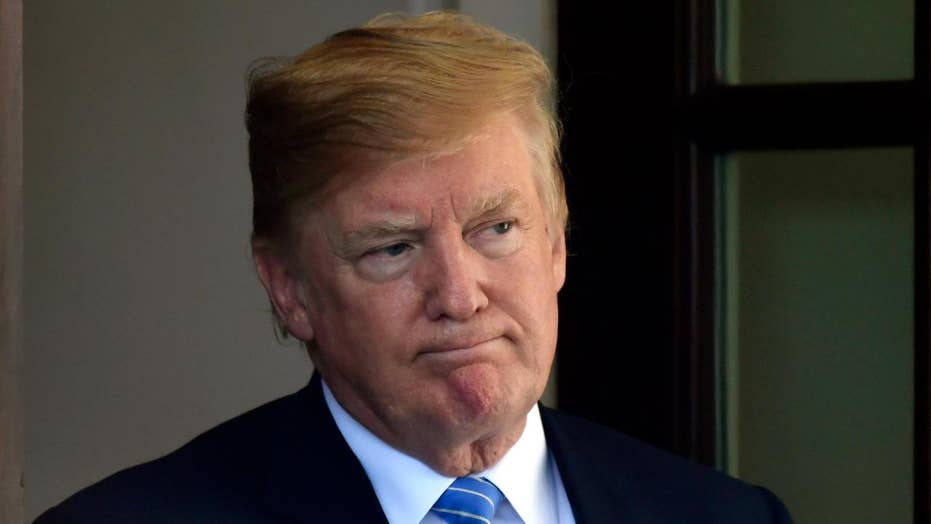 White House pushes back at Dems' opposition to Trump agenda

Democrats have a new theory for how they can win back Congress and the White House. Just like "soccer moms" helped put Bill Clinton in the Oval Office in 1996, and "NASCAR dads" helped George W. Bush win in 2004, Donald Trump, the theory goes, was elected because of "#NeverHillary" voters who didn't particularly like him but despised her. Axios reports that Democrats are targeting the "20% of Trump's voters [who] told exit pollsters they didn't like him" hoping these reluctant Trump voters will help power a "blue wave" in the 2018 midterms and defeat President Trump in 2020.

One problem with that theory: The left's nonstop, over-the-top attacks on Trump are not peeling those voters away from him; they are pushing them further into the president's camp.

In recent weeks, Trump derangement syndrome on the left has reached critical mass.

Then the owners of the Red Hen restaurant in Lexington, Va. threw out White House press secretary Sarah Huckabee Sanders because she works for the president, while chanting protesters heckled Secretary of Homeland Security Kirstjen Nielsen at a Mexican restaurant.

Then, there were the countless Trump opponents in the media, Congress and on Twitter who compared family separations at the southern border with Nazi Germany, and the Time magazine cover depicting Trump staring down heartlessly at a crying migrant girl and implying she was separated from her mother (until it emerged that she had not in fact been separated from her mother). And now come the threats to block Trump's Supreme Court nominee before he has even nominated one.

How do liberals think that 20 percent of reluctant Trump voters respond to these displays of unbridled contempt? They are outraged not at Trump but at his critics. The unhinged hatred for the president makes these voters almost reflexively defend him.

Don't take my word for it. The New York Times recently interviewed dozens of tepid Trump voters who explained how the incessant attacks are causing them to rally around the president. "Gina Anders knows the feeling well by now," the Times reports. "President Trump says or does something that triggers a spasm of outrage. She doesn't necessarily agree with how he handled the situation. She gets why people are upset."

But Anders, who the Times says has "not a stitch of 'Make America Great Again' gear in her wardrobe, is moved to defend him anyway." When she hears the "overblown" attacks on Trump, she says, "It makes me angry at them, which causes me to want to defend him to them more." Another reluctant Trump voter, Tony Schrantz, agrees. "He's not a perfect guy; he does some stupid stuff," he tells the Times. "But when they're hounding him all the time it just gets old."

These are exactly the voters Democrats are hoping to win back. Instead, they are doing the opposite. Polls bear this out.

Two weeks ago, Trump's Gallup approval rating hit 45 percent -- the highest it has been since his inauguration. (It slipped slightly to 41 percent last week). Trump's approval among Republicans is at a near-record 87 percent, comparable to the levels of support for George W. Bush in the immediate aftermath of 9/11. Think about that: The left's attacks on Trump have had the same rallying effect for GOP voters as the terrorist attacks of Sept. 11, 2001.

So, if appeals to civility, decency and conscience won't work, then perhaps an appeal to base political pragmatism will. Democrats are deluding themselves if they think they lost because of "#NeverHillary" voters who will come home when she is not on the ballot. They lost because they have become a party of coastal liberal elites who have lost touch with millions of ordinary citizens in Middle America -- working-class voters who are struggling with factories closing, jobs leaving and an opioid epidemic that is destroying their families. These voters concluded in 2016 that Democrats no longer care about their problems and that Trump does.

Spasms of anti-Trump outrage are not going to win them back. If anything, they are confirming these voters' conclusions that Democrats still don't get it -- and don't get them. The left's miasma of contempt may feel cathartic, but it is the best thing that ever happened to Trump. Indeed, it may very well get him reelected.