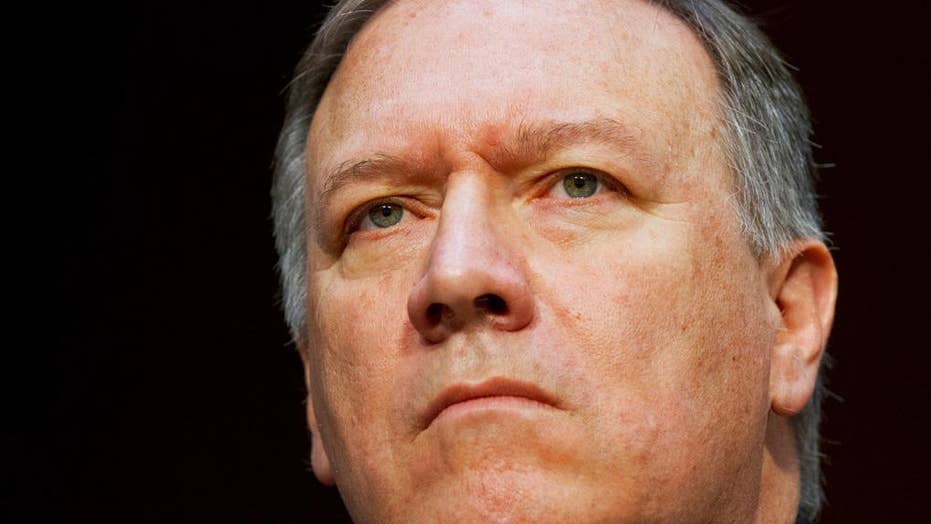 WASHINGTON -- There are many reasons Rex Tillerson's tenure as secretary of state was a failure, from his notorious isolation from his subordinates to his failure to help quickly staff the political appointment positions at State with competent Republicans. But it was his insubordination to the president that assured that he wouldn't be long in his position. With a summit with North Korea in the works, President Trump's decision to oust Tillerson and replace him with CIA Director Mike Pompeo could not have come at a better moment.

Tillerson was completely out of step with Trump's hard-line stance on North Korea, which ultimately brought Kim Jong Un to the bargaining table. Instead, Tillerson's North Korea strategy seemed to be to beg Pyongyang for talks. Speaking at the Atlantic Council in December, Tillerson delivered this embarrassing plea: "Let's just meet. And we can talk about the weather if you want. ... But can we at least sit down and see each other face to face?" He might as well have added: "Pretty please, with sugar on top?"

Trump's critics were constantly griping that the president was undermining Tillerson's diplomatic efforts with North Korea, when in fact the opposite was true. Trump's strategy has been to achieve a peaceful solution by getting Kim to understand that the United States is ready to use force to stop him from deploying a nuclear intercontinental ballistic missile capable of destroying an American city. This is the message Trump was trying to send during his address to the South Korean legislature, when he told Kim in no uncertain terms: "The weapons you are acquiring are not making you safer. They are putting your regime in grave danger. Every step you take down this dark path increases the peril you face."

By projecting weakness to Pyongyang, Tillerson was undercutting Trump's message of strength -- and thus making war more likely. The fact that Tillerson could not seem to grasp this or get on the same page as his commander in chief made his continued leadership of the State Department untenable.

Pompeo, by contrast, is in lockstep with Trump in sending Kim a clear message that, should diplomacy fail, the United States will not hesitate to act. "The president is intent on delivering this solution through diplomatic means," Pompeo told me during a recent conversation at the American Enterprise Institute. "We are equally, at the same time, ensuring that ... if we conclude that it is not possible, that we present the president with a range of options that can achieve what is his stated intention."

The failure to deliver those options is yet another reason Tillerson's tenure at State had to end. Tillerson was working with Defense Secretary Jim Mattis to slow-walk the delivery of military options to the president, apparently out of fear that the president might actually act on them. According to The New York Times, after a conference call about North Korea organized by national security adviser H.R. McMaster, Tillerson stayed on the line with Mattis and, unaware the other participants were still listening, complained about a series of meetings the National Security Council had set up to consider military options -- "signs, Mr. Tillerson said, that [the NSC] was becoming overly aggressive."

No one elected Tillerson to make these decisions. They elected Trump. With Tillerson gone and Pompeo at State, McMaster will now have an ally at State who shares his belief that for Trump's warnings to North Korea to be credible, he must have well-developed and credible military options on the table.

As Trump put it, Tillerson had to go because "we were not thinking the same. With Mike Pompeo, we have a similar thought process." Having a trusted adviser at State will be critical to the success of the biggest diplomatic gamble of Trump's presidency: his upcoming talks with Kim.

At AEI, Pompeo told me that the CIA assesses that Kim is a rational actor -- which means that, given accurate information about the president's intentions, Kim should make a rational decision that will not lead to the destruction of his regime. "We're taking the real-world actions that we think will make [it] unmistakable to Kim Jong Un that we are intent on denuclearization," Pompeo said. "We're counting on the fact that he'll see it. We're confident that he will." With Pompeo in office, Trump now has a much better chance of getting that message across to the North Korean dictator.