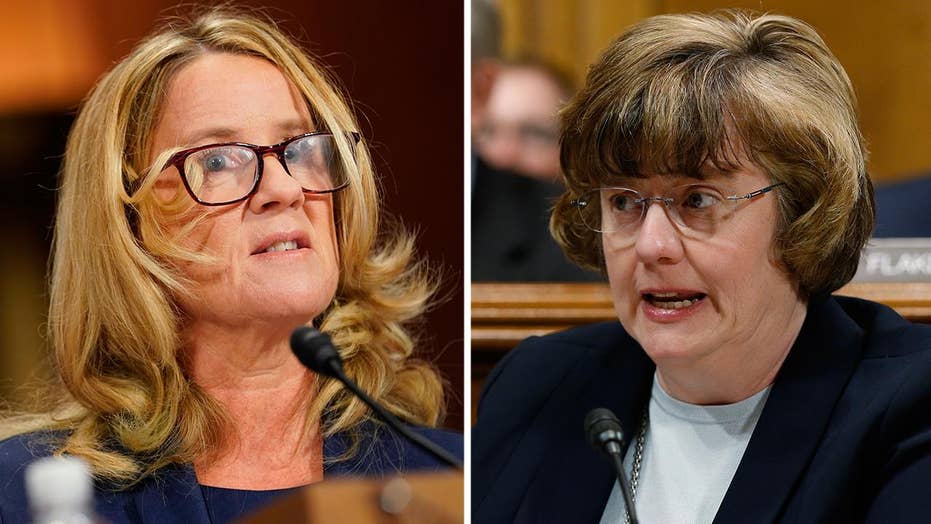 The decision by Senate Judiciary Committee Chairman Charles Grassley to have Arizona sex crimes prosecutor Rachel Mitchell question Christine Blasey Ford may well be remembered as a brilliant -- and quite possibly pivotal -- choice.

No doubt, allowing Mitchell to ask questions instead of Republican senators served a defensive purpose, avoiding the spectacle of a bunch of old, white men publicly questioning a woman who says she was a victim of sexual abuse. But Mitchell's methodical, genial approach left many supporters of Supreme Court nominee Brett Kavanaugh deeply frustrated, with some complaining that Mitchell was "not laying a glove" on Ford.

That view is wrong. First, the audience for Mitchell's questions was not the media or even the general public. It was the three Republican senators who will determine Judge Kavanaugh's fate: Susan Collins of Maine, Lisa Murkowski of Alaska and Jeff Flake of Arizona. And it turns out that Mitchell's orderly questioning actually elicited a lot of information that undermined Ford's case against Kavanaugh. This was not obvious during the hearing, because Mitchell was not able to deliver a summation. But she was able to do so later, first during a closed-door meeting of Republican senators and then in a memorandum, in which she explains why, based on her quarter-century of experience prosecuting sex crimes, no "reasonable prosecutor would bring this case based on the evidence before the Committee."

MARC THIESSEN: KAVANAUGH FIGHTS BACK --THE SENATE MUST REJECT THIS CAMPAIGN OF CHARACTER ASSASSINATION

To begin with, Mitchell lays out how Ford had "not offered a consistent account of when the alleged assault happened" or her age when it happened, and how "her account of who was at the party has been inconsistent." For example, Mitchell points out that Ford listed Patrick "PJ" Smyth to the polygrapher and in her July 6 text to a Post reporter, but "she did not list Leland Keyser even though they are good friends. Leland Keyser's presence should have been more memorable than PJ Smyth's."

Ford has "no memory of key details of the night in question -- details that could help corroborate her account," Mitchell writes. Ford does not remember who invited her to the gathering, how she heard about it, how she got there, or where that house was located with any specificity. "Most importantly," Mitchell writes, "she does not remember how she got from the party back to her house. Her inability to remember this detail raises significant questions. ... Given that this all took place before cell phones, arranging a ride home would not have been easy." Furthermore, Mitchell notes, Ford "testified that her friend Leland, apparently the only other girl at the party, did not follow up with Dr. Ford after the party to ask why she had suddenly disappeared." This seems highly unlikely.

And, Mitchell demonstrates, Ford's inconsistencies are not limited to events three decades ago. For example, Ford delayed the hearing because she said her symptoms prevented her from flying from California to Washington, but then acknowledged under questioning that she flies to the East Coast "at least once a year to visit her family," and has flown to Hawaii, French Polynesia and Costa Rica for hobbies and vacations.

Moreover, Mitchell points out, Ford also testified that she was not "clear" that Sen. Charles Grassley, R-Iowa, had offered to send committee investigators to interview her in California. Either this statement under oath was untrue or her attorneys failed to share Grassley's offer with her -- which is a serious violation of the American Bar Association's rules of professional conduct.

Mitchell also shows that "Dr. Ford struggled to remember her interactions" with The Post, which wrote that she provided "portions" of her therapist's notes to a reporter. But in her testimony, Ford could not recall if she showed The Post full or partial therapist notes or her own summary of those notes.

She could not remember whether she took a polygraph the day of her grandmother's funeral or the day after. She was unsure whether she was videotaped or recorded during the polygraph. She did not explain how she knew to call the receptionist at her congresswoman's office but could not figure out how to contact her senator, Dianne Feinstein, the ranking Democrat on the Senate Judiciary Committee.

Ford's supporters say it is unfair to pick apart her testimony, because victims of sexual assault often have trouble remembering key details. Fair enough. But if her memory is the only evidence against Kavanaugh, then inconsistencies matter. And without any corroboration, senators cannot rely her imperfect memories alone -- no matter how sympathetic a witness she was.