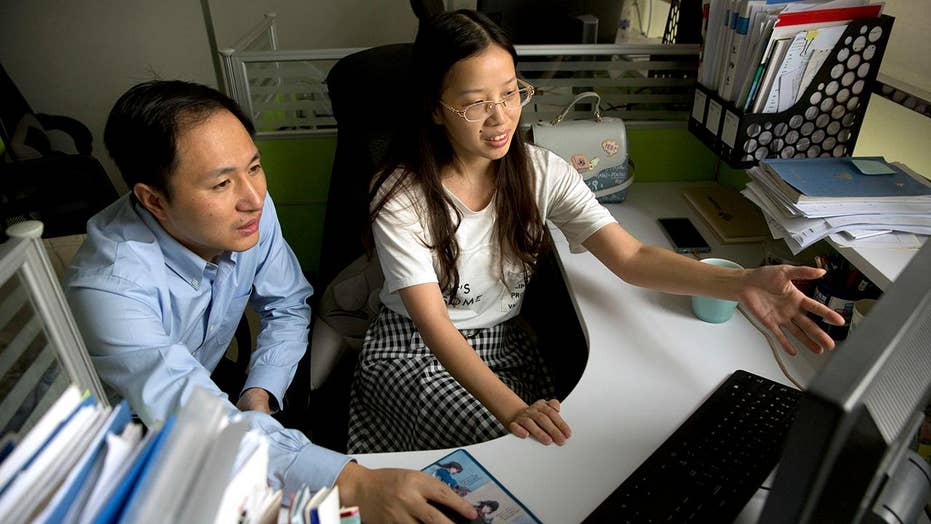 A Chinese scientist's claim to have created the first genetically edited babies has evoked widespread condemnation from the scientific community. "This is far too premature," one American genetic scientist told the Associated Press.

But here is a larger question: Should we be doing this at all?

The Chinese scientist, He Jiankui, used a gene-editing technique known as CRISPR to alter the DNA of two children in a petri dish and attempt to make them resistant to HIV. This is not what has American scientists up at arms. In fact, researchers in the United States have done the same thing. In 2017, scientists at Oregon Health & Science University used CRISPR to genetically alter human embryos to make them resistant to an unidentified disease. The difference is that He then implanted his edited embryos. The American researchers killed theirs.

The prospect of genetically eliminating crippling diseases is certainly appealing, but this promise masks a darker reality. First, there is a difference between genetic engineering and the extremely promising field of gene therapy, in which doctors use CRISPR technology to repair the DNA of defective nonreproductive cells -- allowing them to treat cancer, genetic disorders and other diseases. In gene therapy, the genetic changes affect only the patient. In genetic engineering, scientists alter the entire genetic structure of the resulting human being -- changes that are then passed on to future generations.

Playing with humanity's genetic code could open a Pandora's box. Scientists will eventually be able to alter DNA not just to protect against disease but also to create genetically enhanced human beings. The same techniques that can eliminate muscular dystrophy might also be used to enhance muscles to improve strength or speed. Techniques used to eliminate dementia may also be harnessed to enhance memory and cognition. This would have profound societal implications.

Only the wealthy would be able to afford made-to-order babies. This means the privileged few would be able to eliminate imperfections and improve the talent, beauty, stature and IQ of their offspring -- thus locking in their privilege for generations. Those at the bottom would not. This could be a death blow to the American Dream, the idea that anyone who is willing to work hard in this country can rise up the economic ladder. Indeed, genetic engineering could actually eliminate opportunities for those at the bottom. For example, one path to higher education for those at the bottom is scholarships for athletic or artistic talents. But in a world of genetic engineering, those scholarships will disappear for the unenhanced poor -- and with them the opportunities to improve their economic prospects in life. Think inequality is bad today? Wait to see what it looks like in the genetically modified future.

If we begin to create perfect children in labs, over time society will begin develop an intolerance for imperfection. If your children have an illness because you didn't genetically eliminate it, or if they can't keep up because of their unenhanced cognitive abilities, then that makes them an unjust burden on the rest of us. As we are separated into the enhanced and unenhanced, respect for the dignity of every human life will be diminished. So will personal responsibility. If we don't make it in life because we are unenhanced, it's not our fault. And if we do because we are enhanced, we don't get the credit. As Harvard University professor Michael Sandel once wrote, "It is one thing to hit seventy home runs as the result of disciplined training and effort, and something else, something less, to hit them with the help of … genetically enhanced muscles." Genetic engineering could rob Americans of the obligation, and the joy, of earning their own success.

Then there is the threat to women's equality. If genetic engineering can offer the promise of eliminating disease, it will also allow parents to choose the sex of their child. That could lead to greater sex discrimination. Just look at China, where the one-child policy led to mass infanticide of girls. If you believe that gender bias exists, then that bias will be expressed through genetic engineering -- with potentially disastrous implications.

It will also lead to an explosion in the number of discarded children. For every child born via in vitro fertilization, there are multiple fetuses which are created but never used. Today, the Department of Health and Human Services reports, there are more than 600,000 cryogenically frozen embryos in the United States. If genetic engineering through in vitro fertilization becomes common, that number will skyrocket, sparking a profound moral crisis.

Here is the bottom line: We should not be playing God. Genetic research holds the promise to prevent, cure and even eliminate disease. But when it is used to create made-to-order "super children," we have crossed a moral line from which there may be no return.