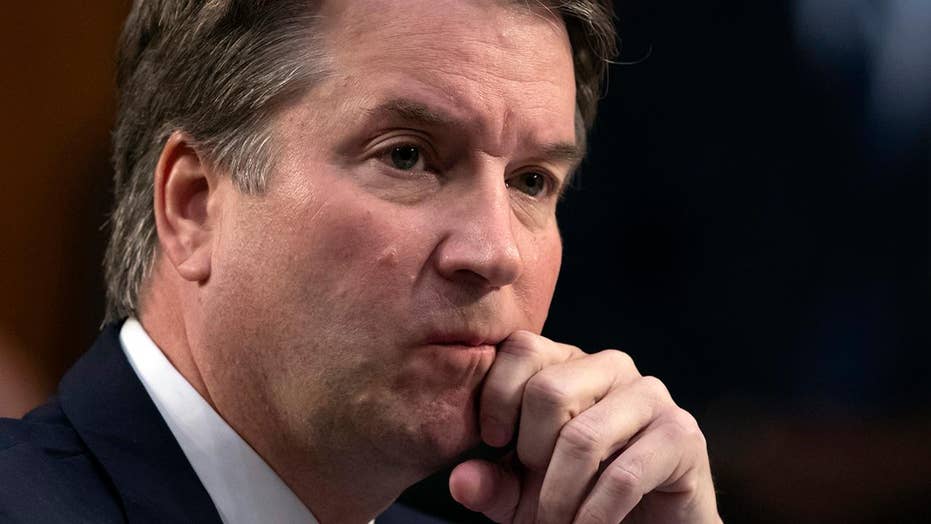 It is clear that Democrats in the Senate are prepared to do whatever it takes to block Judge Brett Kavanaugh from becoming an associate justice on the Supreme Court.

Now the Democrats are trying a new the 11th hour ploy to derail Kavanaugh’s nomination. They called Tuesday for an FBI investigation of allegations by California college professor Christine Blasey Ford that Kavanaugh tried unsuccessfully to rape her when they were both in high school about 36 years ago. The Democrats also want multiple witnesses to appear before a scheduled Senate Judiciary Committee hearing on Ford’s charges on Monday.

On Tuesday evening it was revealed that Christine Ford said she would not testify in front of Congress unless the FBI investigates her claims against Kavanaugh. Also on Tuesday evening, a U.S. official told Fox News' Tucker Carlson that the FBI will not investigate Kavanaugh because it would not be a federal crime. That source said the FBI would only investigate if the White House asks for it.

AS MIDTERM ELECTIONS APPROACH, REPUBLICANS MUST DO THIS

The allegations by Ford did not become public until after the conclusion of Kavanaugh’s confirmation hearing. They also came after hundreds of testimonials affirming the integrity and good character of the nominee and after the committee has reviewed Kavanaugh’s 300-plus opinions as a judge and hundreds of thousands of pages of other records about him.

Ford is a professor and research psychologist at Palo Alto University and the Stanford University PsyD Consortium, a clinical psychology program where she teaches statistics, research methods and psychometrics.

The professor is also a registered Democrat. She has contributed to left-wing organizations and has taken part in protests against President Trump.

Interestingly, Ford’s parents faced foreclosure proceedings on their home some years ago, and Brett Kavanaugh’s mother – Judge Martha Kavanaugh – was involved in court proceedings on the case. This has raised questions about whether actions by the Supreme Court nominee’s mother have played any role in Ford’s motivations.

Democrats on the Judiciary Committee, who oppose adding another conservative justice to the Supreme Court, all said they will vote against Kavanaugh, even before Ford’s allegations became public. So their votes will not change no matter what conclusions they draw about Ford’s accusations against the judge.

However, if Kavanaugh loses the support of just two Republican senators in the wake of Ford’s allegations becoming public, he could not be confirmed to the Supreme Court without picking up Democratic support – and getting such support is looking increasingly unlikely.

If the new hearing on Kavanaugh’s nomination is held on Monday, it could play a decisive role in determining whether President Trump’s pick will be allowed to serve on the Supreme Court.

In a letter to Sen. Diane Feinstein, D-Calif. – sent in July – Ford maintains that at a party at a house in a Maryland suburb of Washington a drunken teenage Brett Kavanaugh lay on top of her and tried but failed to take her clothes off. She says that Kavanaugh was laughing, along with his friend Mark Judge, who eventually piled on top of the two young people and caused them to tumble off a bed onto the floor.

In the confusion, as the two boys roughhoused, Ford says she managed to escape, headed downstairs and then home.

Her lawyer says Ford was sure Kavanaugh meant to rape her. Ford says in her letter: “With Kavanaugh's hand over my mouth I feared he may inadvertently kill me.”

These charges of sexual assault against Kavanaugh must be taken seriously. However, as far as what is known publicly right now, this is a he said-she said situation where Ford and Kavanaugh are telling diametrically different stories.

Kavanaugh has emphatically and strenuously denied the allegations, even claiming that he did not attend the party in question.

“I have never done anything like what the accuser describes – to her or to anyone,” Kavanaugh said in a statement Monday. “Because this never happened, I had no idea who was making this accusation until she identified herself yesterday.”

There are some holes in Ford’s story. She cannot remember the exact year the alleged episode took place, where precisely it happened, who owned the house or how she got there. She remembers other aspects of the evening, though, in great detail, including that she only drank one beer.

Ford never mentioned the incident until 2012, when she latched onto the memory in the course of couples therapy.

Unless some witness emerges who places Kavanaugh at the scene – or some source can show that Ford has made the story up entirely – the Senate Judiciary Committee and the public will decide who they believe.

Unfortunately, in in the wake of the #MeToo movement, with the pendulum having swung too far, women are most often given the benefit of the doubt and men are sometimes denied a presumption of innocence.

Even more unfortunately, many people have probably already made up their minds.

Republicans see this last-minute challenge as a desperate Democratic attempt to keep another conservative justice from serving on the Supreme Court, eager to deny that “elections have consequences,” as President Obama once said.

Supporters of Kavanaugh sense that the accusations are entirely out of character; everything we have heard about him suggests he is an upstanding moral person who has treated women with respect.

Many Democrats will assume that Kavanaugh – already suspected of wanting to undermine women’s rights – is guilty, regardless of what he says in his own defense.

To be sure, the manner in which the allegations were delivered is unsavory and has overtones of political hit job. Feinstein sat on Ford’s letter for weeks, either because she did not consider the charges credible or because she knew that revealing the accusations just days prior to a committee vote would wreak the greatest damage on Kavanaugh’s candidacy.

After all, that approach almost allowed Anita Hill to derail the confirmation of Justice Clarence Thomas 27 years ago.

Feinstein did not bother to ask Kavanaugh about Ford’s story, nor did she tell her colleagues on the Judiciary Committee about Ford’s charges. Even as she interviewed the judge in her office, she hid the potential bombshell, rather than allow him to defend himself. Was she interested in discovering the truth or engaging in political dirty tricks?

We know the answer.

After Ford went public, Grassley arranged for a call between Judiciary Committee members and Kavanaugh to ask him about the accusations. Republicans participated on the call; the Democrats didn’t bother. That says it all.

Democrats will portray Ford as a victim, reluctant but ultimately willing to sacrifice her privacy for the good of the country.

If Republican senators get to question Ford they will walk on eggshells, careful to be respectful of Ford while at the same time challenging her recollection and her motives.

Republicans should ask Ford’s opinion on whether false memories can be created during therapy, a subject that is a hot topic in psychology circles.

Some experts claim the revelations of past abuse or trauma “recovered” during therapy sessions are unreliable. It would be reasonable to press Ford on this topic.

This is a difficult dance, but in case Republican senators fail, it will be not nearly as difficult as explaining to their supporters months from now why Kavanaugh is not seated on the Supreme Court.

Make no mistake, putting conservatives on the Supreme Court was one of the principle reasons that millions of Americans voted for President Trump. With the midterm elections approaching in November, failure is not an option.