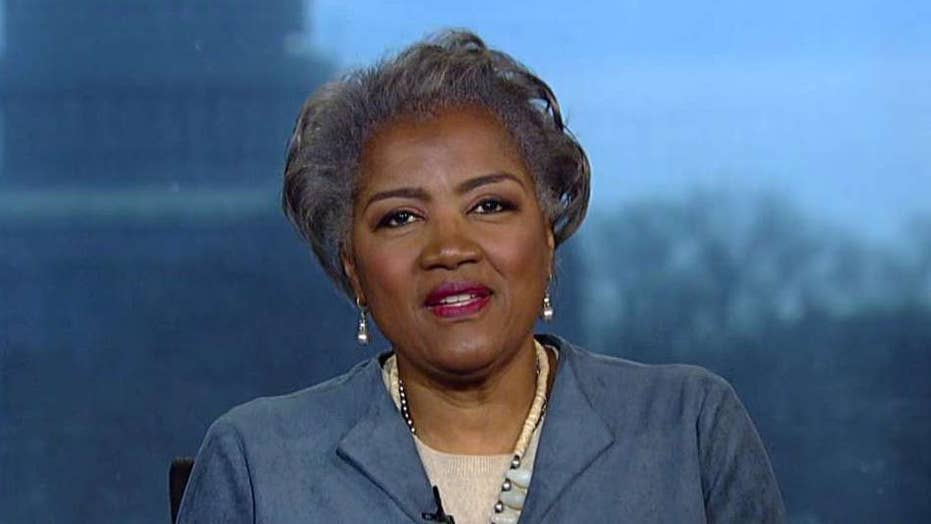 Forget their embarrassing “he said- she said” bickering, a made-for-TV moment if ever there was one.

This is the reality: neither Bernie Sanders nor Elizabeth Warren is going to be elected president – not this year or any time soon. Why? Because they want to squelch our personal freedoms, and that is something Americans will always reject.

Beto O’Rourke found that out the hard way, but he won’t be the last. The former Texas congressman’s campaign collapsed when he vowed to take away Americans’ guns and restrict our religious freedom.

Those policies were anathema to millions, but are minor league compared to how Sanders and Warren want to take control of our lives. They want to decide what kind of house we should live in, what kind of car we drive, how we earn our living and so much more.

This is not an exaggeration and helps to explain a recent poll, which shows the United States taking a surprising and unexpected lurch to the right.

In 2019, even as Democrat presidential hopefuls Sanders and Warren rallied millions to their cause, wagging their fingers over income inequality and railing about the downtrodden middle class, Americans walked away from their message by becoming – shockingly – more conservative.

Gallup reports that the country’s multi-decade leftward slide came to an abrupt halt last year, with those self-identifying as “liberal” dropping from 26 percent in 2018 to 24 percent. That’s up from 16 percent in 1996.

At the same time, in a surprising turnaround, the number of Americans who consider themselves “conservative” rose from 35 percent to 37 percent over the course of the year, and those who identify as “moderate” remained at 35 percent.

These small shifts may or may not endure, but they are telling. Considering the fevered anti-capitalist messaging of the Democratic primary contenders and the near-universal endorsement of their crusade by the left-leaning media, it is shocking that conservatives have not only held their ground but even expanded it.

How to account for this stubborn resistance to those hectoring Democrats? After decades of liberal ascendancy, why would the country dig in its heels?

Liberals have switched from championing our individual rights to limiting them. Ominously, they want Big Government to determine more and more aspects of our daily lives, controlling everything from health care to housing.

One theory is that “liberalism” ascended over the past few decades on the back of issues like same-sex marriage and legalized marijuana, which at their heart tap Americans’ respect for individualism and personal freedom. For most, allowing others the right to choose whom to love or whether or not to smoke a joint, seems consistent with our country’s values.

Same-sex marriage in 2004 was opposed 60 percent to 31 percent, according to Pew research; by last year that figure had flipped, with 61 percent now approving and 31 percent opposing.

Views on legalizing marijuana have followed a similar path.  Only 12 percent of the country supported legalizing pot in 1969; that figure gradually climbed to 66 percent in 2018.

But, more recently, liberals have switched from championing our individual rights to limiting them. Ominously, they want Big Government to determine more and more aspects of our daily lives, controlling everything from health care to housing.

Democrats forget that individual freedom is America’s single most admired and important virtue. Over time, polling shows respondents rating the U.S. tops in offering the most freedoms compared to other countries.

We pride ourselves on giving people the freedom to live their lives as they choose and, most importantly, the freedom to get ahead. That is the backbone of the American dream.

Sanders and Warren want to crimp those freedoms. They want to snatch away the opportunity for grad students to drive for Uber so as to fund their research or rein in the freelance writer who wants to pen articles when and for whom he chooses.

They want to decide how an entrepreneur manages her startup, what to pay workers and what hours they are allowed to work. They think that the government is better able to make those decisions than the business owner.

This appetite for diktat – for control – is un-American. It has people alarmed, and rightly so. Some of the biggest arguments of our day involve individual freedoms long fought for, like gun rights. But some target small issues, like whether we can still buy 100-watt light bulbs or dig a pond on our own property.

Over the past 10 years, Americans’ rating of how the U.S. stacks up compared to other modern industrialized nations on individual freedoms has declined from 77 percent rating the U.S. as "the best" or "above average" on that front to only 64 percent. That’s a reasonable reaction to the steady and alarming encroachment of Big Government in our daily lives.

The fight for freedoms is not just an American issue. In Britain, the argument over exiting the European Union was spurred by many issues, including immigration, but it also revolved around sovereignty and freedom. English people did not like having most of their laws handed down from the EU, whom they considered an unelected faceless bureaucracy.

Those regulations included severe environmental restrictions and limits on the number of hours employees can work. But the ever-expanding bureaucracy also produced absurd regulations like determining that bananas must be “free of abnormal curvature” and that cucumbers must be “practically straight.” The EU also banned eating “pet horses.”

Americans realize that once unleashed, the drive for control is endless. I wrote an article predicting the “Brexit” vote when the EU banned electric teakettles, used by nearly every household in England. It was the (stupid) last straw.

Like the EU, progressives in the U.S. are over-reaching. Americans are wary of ceding their personal freedoms to Washington bureaucrats, and rightly so. It is difficult to find any past Beltway “solution” that has not produced unintended, harmful consequences.

Sanders, Warren and other Democrats are keen to tell us what America’s “values” are, but they consistently miss the most basic one of all – our freedom.