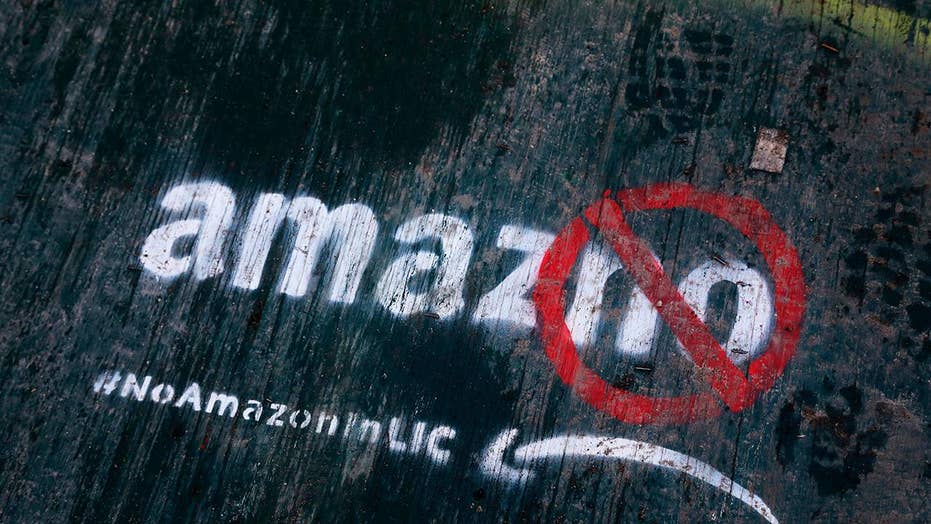 Alexandria Ocasio-Cortez has done our country a great service. By helping to drive Amazon out of New York, the young progressive congresswoman has reminded us, and her colleagues, that political grandstanding can have real world consequences.  She has also brought home that businesses large and small, and not the government, create jobs and are the source of our nation’s income and progress.  They are not, in fact, the enemy.

Where President Obama exhibited antipathy to the private sector, and as a result dumbed down what should have been a far more energetic economic recovery, leftist Democrats today have gone further, declaring war on job creators. This is bad for our country.

Just as Amazon can choose to build its second headquarters in a different city, large corporations can move anywhere in the world. President Trump has rolled out the welcome mat to companies by eliminating unnecessary regulations and by lowering taxes, but progressive Democrats could well end up rolling it right back up again.

The reckless and ill-informed attacks on one of America’s great companies by Ocasio-Cortez and others has cost a community 25,000 jobs, an estimated 82,000 indirect jobs, substantial future income, and programs that might have turned around the lives of local public housing tenants, whom Amazon had promised to train and hire.

She sent out a celebratory tweet, calling out Amazon’s “greed” and its “worker exploitation.”

Amazon is not the only target of her righteous wrath. She is also opposed to oil and gas companies, agricultural operations that produce carbon emissions, our health care industries and pretty much every other column upon which our nation’s economy stands. They are all under attack as she talks up her Green New Deal (GND), a proposition as misguided as her bludgeoning of Amazon.

The possible consequences of the GND are mostly ignored by her fellow Democrats, who are apparently so cowed by Ocasio-Cortez’s 3 million Twitter followers that they have willingly – enthusiastically – condoned a resolution that, if carried out, could wreck America’s competitiveness and undermine our growth for a generation.

The congresswoman is not alone in embracing extreme measures that purport to help people, but that actually end up damaging communities. Promulgating bans on fossil fuels and other environmental extremism such as contained in the GND leads to higher energy costs and can stifle growth. California is the poster child for such activism. Because of the state’s relentless push for renewables, and the still-high costs of intermittent wind and solar energy, residents of the Golden State pay 60 percent more for electricity that does the rest of the country.

Did voters willingly make that trade-off or were they swayed by exaggerated claims like Ocasio-Cortez’s prediction “the world is going to end in 12 years?”

Environmentalists have not only driven up power costs; they have also curtailed energy availability in some regions of the country. In Westchester, an upscale community in New York State, residents will soon be unable to access natural gas, even though the country is awash in the stuff. Why this disconnect? Because the green lobby has prevented the expansion of pipelines to service Westchester homes.

Like lemmings headed to the sea, senators running for president in 2020 rushed to proclaim their approval for the GND, only to find themselves trying to explain how eliminating airplane travel or rebuilding every structure in the country over the next ten years made any sense whatsoever.

Green activism is not the only source of damaging policies flowing from progressive politicians. They also push a higher national minimum wage, in spite of real-life evidence that artificially jacking up the cost of labor dampens job creation. Bernie Sanders and his colleagues pushing for a higher federal wage ignore realities, like great differences in the cost of living between San Francisco, for instance, and Jackson, Mississippi.  The Sanders crowd also ignores the real risk that boosting bottom-tier wages will inspire more automation, which already threatens millions of entry-level jobs.

A slew of liberal priorities, like paid family leave and union activism, also increase the cost of doing business and discourage new investment. Amazon wasn’t only offended by the general hostility of left-wing politicians; they were also deterred by insistent cries that they open their doors to unions.

A popular rallying cry for progressive candidates running for president in 2020 has been the call for Medicare for All. They accuse drug and insurance companies of unfairly ramping up prices. And yet, how many have researched what impact broadening our popular health care program for seniors might have on Medicare as it exists today? How many have investigated how such programs work in other countries? Kamala Harris’ breezy assertion that moving to single-payer health care would eliminate treatment delays is perhaps born in conviction, but also in ignorance.

The same danger lurks in the push for lower prescription drug prices. Let us hope that there is a common-sense fix for the high cost of medication; given our opaque and complex system of drug delivery, there may well be. But let us not allow leftist animus towards drug companies drive price caps or some other approach that will almost certainly lead to shortages and rationing, which has followed nearly every experiment with price fixing in our country’s history.

Chuck Schumer slammed Mitch McConnell for “forcing” a vote on the Green New Deal in the Senate, calling it a “cheap trick” and a “cynical ploy.”  Ed Markey, the Massachusetts Democrat who is sponsoring the GND in the Senate, tweeted that McConnell was trying to stifle the voices of the progressive movement.   That was before Democrats realized how foolish they looked, trying to hide from their ready enthusiasm for the monster program.

Like lemmings headed to the sea, senators running for president in 2020 – Kamala Harris, Corey Booker, Kirsten Gillibrand et al -- rushed to proclaim their approval for the GND, only to find themselves trying to explain how eliminating airplane travel or rebuilding every structure in the country over the next ten years made any sense whatsoever. Did they actually read the proposal before signing onto it?

These candidates cannot be taken seriously if they do not take themselves, and the impact of their positions, seriously.  But, perhaps they are not serious after all.