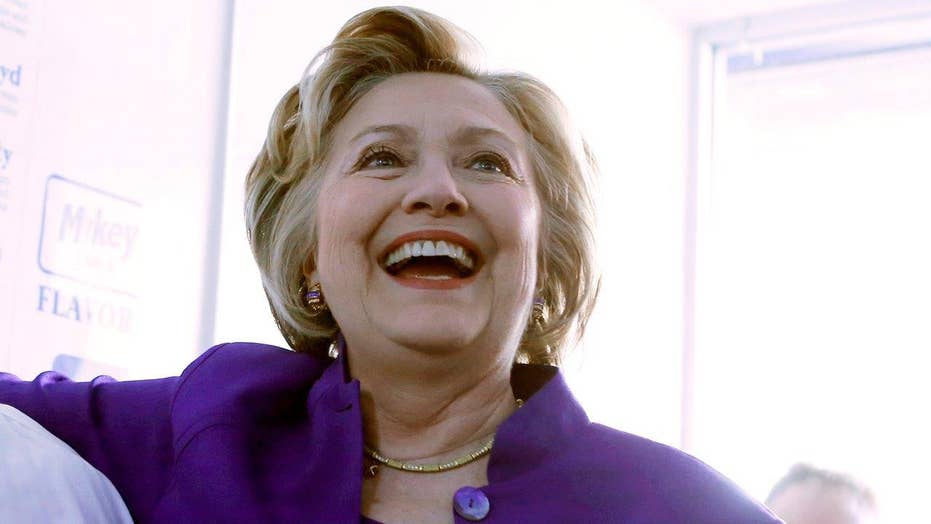 The New York primary is a wrap with Trump and Hillary winning big in the Empire State. But something that didn’t "win" big with me was what happened just before voters went to the polls.

Monday, I decided to break up the monotony of all-things-politics and head over to the Tribeca Film Festival. I asked my Uber driver to turn the dial so I could get my daily dose of hip hop motivation. I was surprised to hear Hillary Clinton was “in the building” of the New York-based radio show “The Breakfast Club.” I immediately laughed in anticipation of what she’d be offering in an effort to rally the black vote in her favor.

As the co-host Angela Yee concluded the interview she asked Clinton, “what’s one thing you always carry in your purse?” Her response: “hot sauce.” I immediately got the Beyonce’s "Formation,” "I got hot sauce in my bag, swag" reference.

For me, Clinton's answer wasn’t really an innocent or coincidental response—especially knowing that Beyoncé's mere mention of Red Lobster in that same song was powerful enough to boost the fast food chain's sales by 33 percent.

Secretary Clinton’s answer not only made my blood begin to steam like my own famous collard greens--that I lace with Crystal’s Hot Sauce but it also made me think, “well, how far will the candidates go to ‘relate’ to, and appeal to the emotions of, the black experience yet disengage on the issues?”

As we seek to identify the best person to represent the nation at one of the most critical moments in our democracy, I’d like to see the candidates take to the main stage with publicly available strategic plans to remedy the polarizing issues—not simply shooting hoops in South Carolina, playing dominoes in the park, kissing black babies on the campaign trail or simply implying the concerns of minorities are mere figments of our imagination.

"The dilemma is, historically the black vote has been silenced and/or disenfranchised. Now America is in a unique situation where it can benefit from it. All voters deserve respect and to be heard and every voice counts. It simply saddens me that it takes an unfavorable likely nominee and a party on the brink of fragmentation to prove this point" says Democratic Strategist Meredith Lilly, Esq.

More important than hot sauce in your bag and catchy hashtags from candidates are critical issues like wealth inequality, racial injustice, mass incarceration, foreign military intervention, and immigration reform. These are issues that need to go viral not only for the candidates but the urban community alike.

Candidates who provide strategic solutions to making our America more equitable and making sure that opportunities are accessible for us all is what really matters. That’s more important than making the obvious cultural “connections” with minority communities that can often times appear insensitive.

American history and the current political climate reveal to us how much #BlackVotesMatter.

Our vote is more than a hashtag.

Our vote is more than appealing to the emotions of many who’ve lost their loved ones to the ills of urban hopelessness.

Our vote is the thing that keeps our nation exuberant, woven with diversity and innovative economic solutions.

Tawanda Jones—sister of slain Baltimorean Tyrone West—said it best in the Kobie Chronicles docuseries “Red, White and Baltimore”: “We are more than hashtags and body bags.”