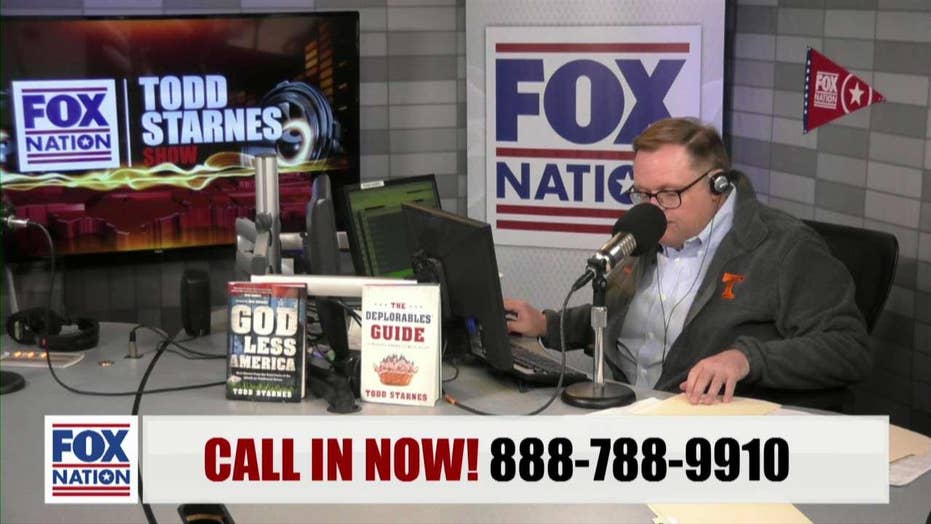 A Wisconsin Supreme Court candidate is facing an onslaught from radical leftist groups who contend his religious beliefs should disqualify him from serving as a judge.

Brian Hagedorn, who currently sits on the Wisconsin Court of Appeals, has been accused of being anti-gay because he helped launch a Christian grade school that requires students, faculty and parents to follow Christian teachings.

The Augustine Academy bars students, parents and teachers from “participating in immoral sexual activity.” The school also defines marriage as a union between one man and one woman.

TODD STARNES: HOW DO AMERICANS REALLY FEEL ABOUT WAR MEMORIALS (AS ATHEISTS FIGHT TO TEAR THEM DOWN)?

In other words, the Christian school adheres to orthodox Christian teachings that Christians have been following for more than 2,000 years.

The state chapter of the Human Rights Campaign said Judge Hagedorn’s involvement with the school should disqualify him from the bench, Wisconsin Public Radio reported.

“Judges are tasked with a sacred duty to uphold equal treatment for all people under the law,” said Wendy Strout, state director for the pro-LGBTQ organization. “As someone who has publicly and unabashedly voiced contempt for LGBTQ equality, Brian Hagedorn’s record is disqualifying.”

Statewide media also accused Hagedorn of comparing homosexuality to bestiality in a blog post he wrote during law school.

Judge Hagedorn told the Todd Starnes Radio Show that the attacks by leftist groups are “an effort to silence people and push people out of public life if they are people of faith.”

“If you volunteer at the local parish council or volunteer at the local Catholic school or orthodox Jewish school, Muslim, Mormon school you may not be qualified for public office or participate in public life, according to my opponents,” Hagedorn told me. “That’s a dangerous development, it’s wrong and we need to call that out.”

He blasted critics and rightly accused them of religious intolerance.

“Hopefully, we are going to send a message and say, 'this is wrong,'” he told me. “People of faith can participate in public life. They should not be relegated to the sidelines. It’s okay to be a part of your church. It’s okay to practice your faith and to live it out in your life and still be an excellent judge.”

Unfortunately, a good many leftist groups along with their anti-Christian cronies in the Wisconsin media don’t agree with the judge. And they have piled on by publishing all sorts of fake news stories.

The Milwaukee Journal Sentinel accused Hagedorn of delivering a speech to an anti-gay legal group. That legal group turned out to be Alliance Defending Freedom, one of the most respected religious liberty law firms in the nation.

Alliance Defending Freedom has argued a number of cases before the Supreme Court, including the high profile Masterpiece Cake Shop case. The Supreme Court sided with the Christian baker in that particular case.

The most scurrilous charge came from the far-left website ThinkProgress. They accused Judge Hagedorn of comparing homosexuality to bestiality in a 2005 blog post he wrote in law school.

He simply paraphrased Supreme Court Justice Antonin Scalia’s dissent on a case about Texas sodomy laws. And Hagedorn wrote that his argument was from a legal perspective, not a moral perspective. Read the blog posting for yourself.

“Judges are tasked with a sacred duty to uphold equal treatment for all people under the law,” Strout said in a statement. “Hagedorn’s anti-LGBTQ rhetoric is deeply disturbing, and as someone who has publicly and unabashedly voiced contempt for LGBTQ equality he has no place on the bench or in public office. If elected, Wisconsinites could not count on him to uphold their civil rights.”

Joy Pullmann, writing in The Federalist, correctly surmised that leftists are sending a message that Christians cannot be good judges because of their faith.

“These smears against Hagedorn and others like him nominated or running for public office hang a ‘No Christians need apply’ sign on not only public offices but entire professions, such as law, health, and education,” she wrote. “In all of these domains, and more, Christians are increasingly told to check their convictions at the door.”

Judge Hagedorn is just the latest public official who has faced a public inquisition because of his religious beliefs. In recent months, federal nominees have been interrogated over their Catholic dogma and their involvement in the Knights of Columbus.

The Human Rights Campaign wants you to believe their crusade against Judge Hagedorn is about tolerance. In reality, it’s about shoving Christians into the closet.