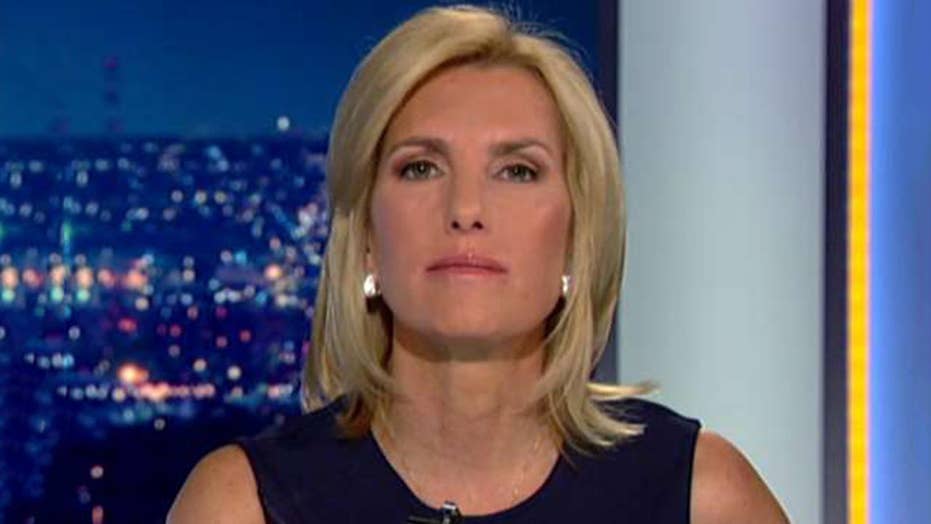 Ingraham: The new progressive 'it' boy

Three weeks ago, we showed you how the Democrat infotainment complex launched Beto O'Rourke into the political stratosphere, complete with a glossy, beautiful Vanity Fair feature.

The former Texas congressman was a hot political pin-up with an impressive fundraising haul. He went from Texas Senate race loser to a modern-day matinee idol, complete with legions of adoring female fans.

But soon, it seemed like a sleight of hand, all of it -- or maybe just hand flailing. Then came the gaffes about being a part-time parent and his apology for his privilege. And didn't you just start feeling exhausted by it all? And I think in this weird news cycle, Beto already kind of seems like yesterday's news.

Meanwhile, the newest darling of journalists, Hollywooders and metro-lefties is the mayor of South Bend, Ind. Meet 37-year-old Pete Buttigieg -- Navy reservist, Harvard grad, Rhodes scholar. And he's a married gay man, which means if he won the presidency, it would be a presidential first. And remember America likes firsts.

The coastal elites, I don't think they've ever loved a Midwesterner as much as they love Pete. He's a charmer.

"He is disarmingly charming," said CNN's Ana Navarro. "He's got this, like, you know, like almost like an innocence about him, but at the same time he is an intellectual."

Oh, Ana, he's beyond intellectual. He's so different from what we have now. He's "knowledgeable about the issues" and has a "good, positive spirit." And yes, he's humble. Leftists and never-Trumpers across the land are falling in love. But pronouncing his last name, that's another issue altogether.

All right, Mayor Pete smartly makes light of his last name. But what do we really know about the new "it" boy? Well as mayor of South Bend, he spent tens of millions of dollars on infrastructure. He imported a lot of lime bikes, which a lot of locals abhor. And he seems to have trouble keeping track of the homicide numbers in his city.

Don't be fooled by the carefully curated public image. Pete Buttigieg believes in a set of policies that would set back our economic gains and take money out of the pocket of people who work for government programs that don't. He would upend the Constitution to ensure that California-New York trumps the views of Heartland Indiana every time.

Buttigieg is certainly really smart. He worked at McKinsey & Company -- it's a global consulting company -- after finishing at Oxford. Now he says he's a traditional Episcopalian, whatever that means these days. And in a New York Times column, neocon moralist David Brooks, in full fanboy mode, writes, "Buttigieg is gay and personifies the progress made by the LGBTQ movement, but he doesn't do so in a way that feels threatening or transgressive to social conservatives. He has conservative family values. It's just that his spouse is a husband, not a wife."

Well, first of all, I don't know how many social conservatives David Brooks actually knows or interviewed for this column but Buttigieg's support for abortion on demand doesn't qualify.

As they did with Obama, the media is attempting to take a novice with limited experience and wrap him up in a warm, fuzzy, personal narrative. As with Obama, Buttigieg's parents were radicals. His father, whom he describes in his memoir as a man on the left, was a Notre Dame literature professor. So, that's great, but according to the Washington Examiner, Joseph Buttigieg was a committed Marxist, who affectionately embraced the Communist Manifesto and worked to "inject Marxism into the wider culture."

Pete was close with this father, which you can expect, but which will lead, of course, many voters to wonder how far the apple fell from the tree. It's a question he's going to be asked on the campaign trail, but come on, why fixate on any of that? Does it really matter?

David Brooks says he is awash in conservative family values, and despite having never held state-wide office, Buttigieg has something else going for him, "He's a progressive on policy issues but he doesn't sound like an angry revolutionary. He eschews grand, ideological conflict."

God, this reads like an old ode to Obama that Brooks wrote. Didn't he write the same exact thing about Obama? The aura and the historic nature of the man is far more important than the substance -- kids get used to it.

But ignore all the gauzy profiles and you find Buttigieg is pretty much a garden variety leftist. He's kind of common and soft-spoken, for sure, but this is what he supports: the Green New Deal, a wealth tax, single-payer health plans, amnesty for certain illegals, packing the court with more than nine justices and getting rid of the Electoral College.

So, don't be fooled by the carefully curated public image. The guy believes in a set of policies that would set back our economic gains and take money out of the pocket of people who work for government programs that don't. He would upend the Constitution to ensure that California-New York trumps the views of Heartland Indiana every time.

Last August, he derided President Trump as basically a "disgraced game show host." And on Vice President Pence, he said this: "a social extremist the likes of which our country has not known in national politics." 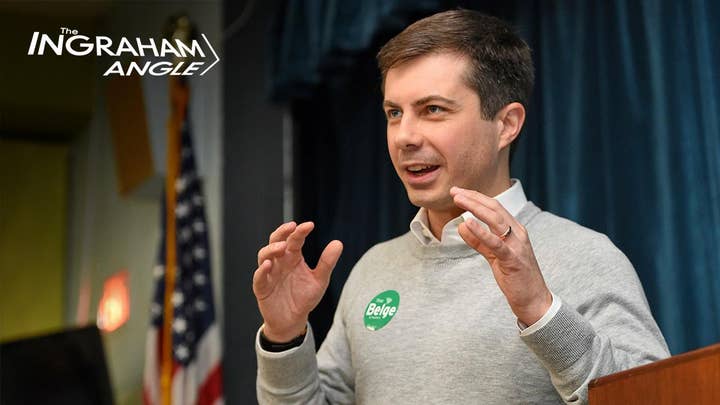 Wow. So much for those conservative family values.

Beyond his boy scout demeanor and Mayor Peach schtick, Buttigieg is but another creation of a media apparatus desperate to oust Trump. It's the same reason they built up AOC and Beto - to whip up the Democrat base, keep them excited, keep them engaged. Anything to divert voters' attention from the growing 401Ks, bigger paychecks and all that good news that happened because of Trump's policies.

Oh, and another thing: The cool fact that Cool Pete speaks seven languages doesn't change the fact that socialism doesn't work in any of them.

Adapted from Laura Ingraham's monologue from "The Ingraham Angle" on April 2, 2019.