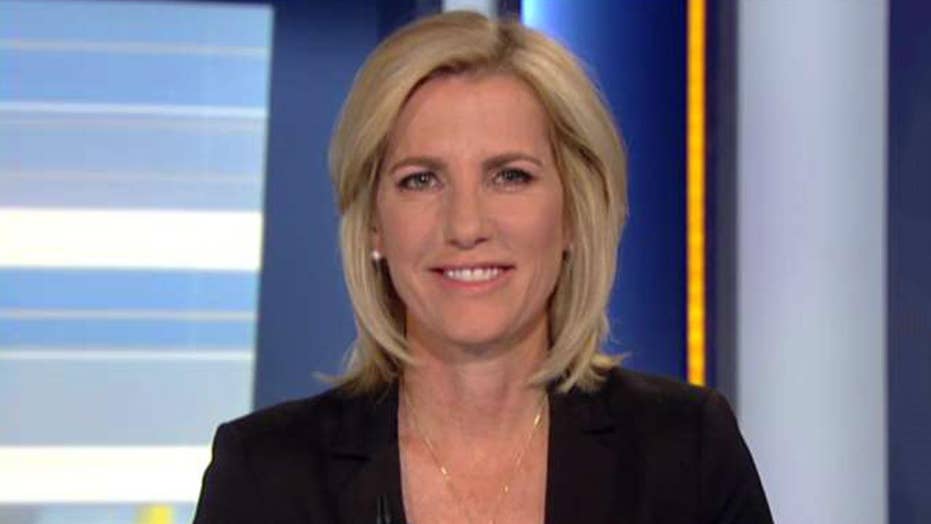 The real collusion in Washington, the one that President Trump has so masterfully exposed, is the collusion between the media and the open borders Democratic Party.

On Tuesday, I told you how President Trump exposed the Democrats' true shutdown motives - namely, the Democrats love the partial government shutdown because they think it helps them politically, which is why they refuse to move even an inch on the issue of wall funding. On Wednesday, the president exposed the media's motives in this drama as well.

Rather than giving us in-depth, objective reporting on the effects of illegal immigration on average Americans --  all of you out there, on your jobs, on your schools, on your safety and on your health -- the media spend their airtime parroting Democrat attacks on the president's character and motives. Now, before the president's speech Tuesday night, the media vowed to do their insta fact-checking - they wanted to do this in real-time.

Well, the fact-check squad didn't fare too well. I would have rather had the Mod Squad, frankly. In the aftermath of the Oval Office address, the media collapsed away from the fact-checks into old tropes and well some awkward admissions. What happened to the fact check? They just devolved into "Well, he [President Trump] looked tired."

The media's latest tactic -- and we're going to see more of it in the coming days -- is to re-feature the sob stories of government workers, who still, by the way, have not missed a paycheck. Well, watch carefully on what they're doing here. Rank emotional manipulation. Pure propaganda. Now, how many of these segments did they do over the years on American workers who got pushed out of entire industries as unscrupulous employers hire them for cash or at a fraction of the salary. How many close-up interviews of victims of illegal alien crime did they do? By the way, those people aren't experiencing a temporary loss of income, but a permanent loss of a family member.

Look at the front page of Wednesday's New York Times, which sought to frame the president's address a certain way. See the photo. It's a photo of migrants at a temporary kind of migrant shelter in Tijuana. Once again the media are focusing on interviewing people at the shelter, putting the feelings and the concerns of non-citizens over those of actual citizens. Well, at least the migrants have that nice widescreen and they could enjoy the president speech on that.

But perhaps the voters, after watching all this, hearing all of it, are not so easily manipulated. A Morning Consult poll found that a plurality of Americans - 42 percent -- believe the situation at the border is a crisis, including 72 percent of Republicans. Obviously, far fewer Democrats believe the border situation is a crisis.

Now, Trump has successfully shown that the Democrats are not substantively engaged in problem-solving on this issue of the border. But still, the media continues to carry the water for them. But when reporters begin acting like pundits, Kellyanne Conway showed us exactly how they should be treated on Tuesday when CNN's Jim Acosta asked her whether the president would "tell the truth" in his Oval Office address. In a moment that was all over television Wednesday, she called him a "smart ass." She obviously has been learning though from her boss a little bit.

The real collusion, my friends, is in Washington, and it's the one that Trump has so masterfully exposed. It's the collusion between the American media and the open-borders Democratic Party.

Trump laid the devastating smackdown on ABC's Jonathan Karl on Wednesday in the Oval Office as he was actually doing the business of the country. A series of human trafficking bills were signed. They were actually signed. Human trafficking, which all these other administrations were going to do something about, Trump is actually doing something about it. While all the other stuff is going on around him.

And women's empowerment, Democrats are supposed to be all for that, funding for all sorts of women entrepreneurship programs. Ivanka Trump has been working on that. Note: That was signed into law as well. It didn't matter. Not going to cover it. But we get to play the pundit game with the president.

Trump is dominating rhetorically and substantively. On Thursday, he heads to the border, where he's going to, again, I predict, take control of the news cycle. On Wednesday, he actually went to Capitol Hill and he met with congressional leaders at the White House before that. Again, the Democrats were not interested though in solutions, only in the sound bites afterward.

"Unfortunately, the president just got up and walked out. He just walked out," Senate Minority Chuck Schumer told reporters. "Again, we saw a temper tantrum because he couldn't get his way and he just walked out of the meeting."

OK. The President decided that he had enough. The Democrats just aren't operating in good faith here, so the president walked out, refusing to be part of their shutdown soap opera. He wants to get to yes. They want to stay at no. 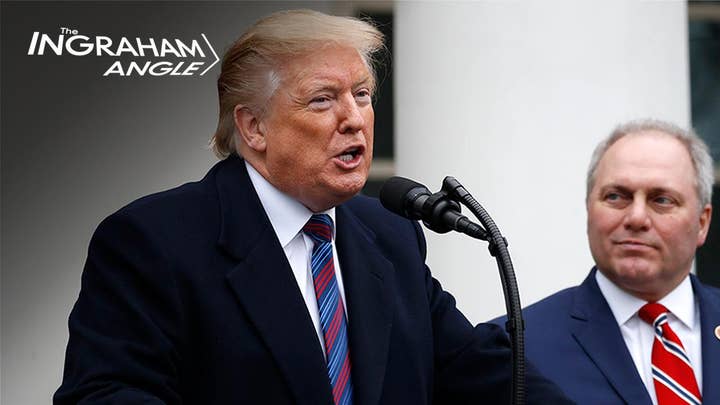 Of all the media outlets out there, though, the AP was one of the few to properly frame the situation in a tweet they wrote: "Democrats put the blame for the shutdown on Trump, but it takes two to tango. Trump's demand for $5.7 billion for his border wall is one reason for the budget impasse. The Democrats refusal to approve the money is another."

Well, guess what? The AP was lashed by liberals for doing that little tweet. Just look at the online reaction. Looks like my Twitter feed. "AP fact check, Hindenburg was a very fine blimp and Democrats failed to appreciate it because it takes two to tango." "AP fact check, authorities put the blame for Hannibal Lecter's murder spree on the serial killer himself. But it takes two to tango." Amazing.

Well, Trump continues to be a powerful political astringent, as I like to say, and the face of politics as usual is feeling the sting, especially the ones we saw Tuesday night. It isn't pretty.

The real collusion, my friends, is in Washington, and it's the one that Trump has so masterfully exposed. It's the collusion between the American media and the open-borders Democratic Party.

Adapted from Laura Ingraham's monologue from "The Ingraham Angle" on January 9, 2019.