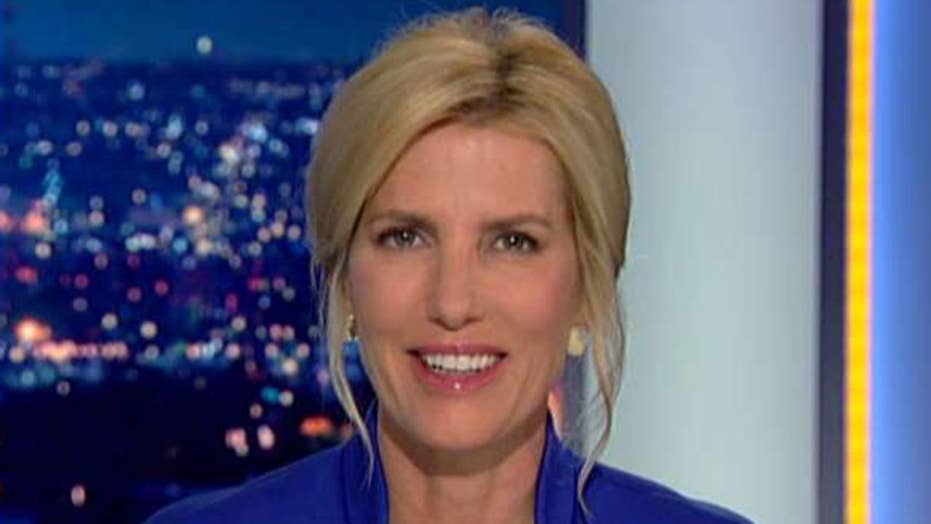 Ingraham: Stunts and noise versus substance and poise

Over the past 24 hours, social media was blowing up with expressions of conservative outrage over the Democrats' treatment of Attorney General Bill Barr.

Here’s a sample of what Democrats on the Senate Judiciary Committee said to Barr on Wednesday:

Sen. Richard Blumenthal, D-Conn: I think history will judge you harshly. That conclusion is inescapable.

Sen. Kamala Harris, D-Calif., presidential candidate: I think you've made it clear that you have not looked at the evidence - we can move on.

Harris: I think you've made it clear sir that you have not looked at the evidence and we can move on.

Sen. Cory Booker, D-N.J., presidential candidate: That you've not only put your own credibility into question but seem to be giving sanction to behavior through the language you used in that press conference you held.

Sen. Mazie Hirono, D-Hawaii: You lied and now we know. [The office of the] attorney general of the United States is a sacred trust. You have betrayed that trust.

Of course, it's all disgusting. It's incredibly nasty and it's patently unfair. But why would anyone be shocked now about this, given that these same Democrats, did something similar last September to Brett Kavanaugh, another Trump pick, who also had a stellar legal career.

Now remember Christine Blasey Ford's decades-old allegations, they came to light only after some anonymous Committee Democrat leaked her letter leading Blasey Ford, herself to reveal her identity to the Washington Post. 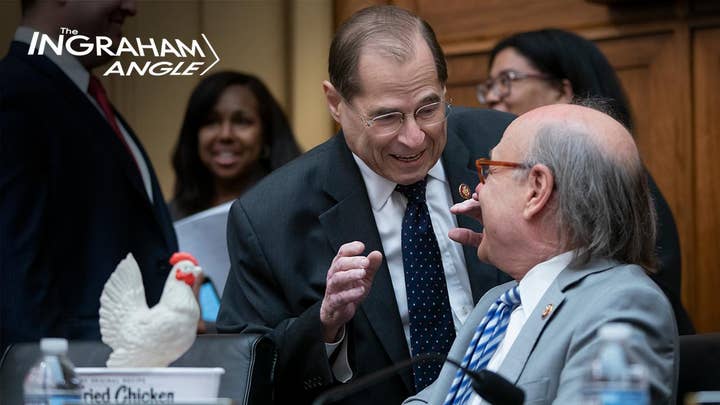 Well, similarly on Tuesday, right before Barr’s testimony, the Mueller letter was leaked to, of course, The Washington Post. Stay with me here.

Now the bottom line is, when the Democrats cannot win on the merits, on the substance, what do they do, they want to end the debate, go right for the jugular. Chuck Schumer, Nancy Pelosi, Sen. Blumenthal, they all publicly called for Kavanaugh’s nomination to be withdrawn.

Of course, Kavanaugh remained defiant, and he refused to back down to those Democrats and now he has a lifetime tenure on the Supreme Court.

The Democrats crashed and burned on Kavanaugh. But not only did their stunts flop, their stunts actors were actually frauds and criminals. Take Michael Avenatti, for example. He and Julie Swetnick were referred by Senate Committee Chairman Chuck Grassely to the Justice Department for a criminal investigation. U.S. Attorney Nick Hanna said, “If convicted of the 36 crimes alleged in the indictment, Mr. Avenatti would face a statutory maximum sentence of 333 years in federal prison.”

Avenatti was practically co-hosting shows on CNN, wasn't he? But 7 months later here we are, and Democrats facing another brilliant legal mind, with impeccable credentials. They went back to the prop closet once again. Tennessee Rep. Steve Cohen, holding up a plastic chicken, said,

“Chicken Barr should have shown up today and answered questions. He was afraid of Barry Burke, he was afraid of Norm Eisen. An Attorney General who's picked for his legal acumen and his abilities would not be fearful of any other attorneys questioning him for 30 minutes.”

Well, the real chickens are the Democrats who are too afraid to admit that they got it all wrong on Russian collusion.

And, you know what else, they're too afraid to actually advance an agenda to defend whatever policies they want to forward now in the midst of a roaring Trump economy, that's actually hard stuff.

So what do they do, they just revert to their same old sleazy tactics, which we have exposed by the way and documented for all of you.

With no glee, but we've had to document it, because it's really important, night after night, week after week on this show. And just like with Kavanaugh they're now calling for someone else's head on a platter, they want Barr to resign.

Remember by the way, that both Kavanaugh and Barr are Bush Republicans, so when you think it's just all about Trump, no it’s anyone who's connected to this administration. This always shifts to Trump, doesn't it?  If you have an R after your name, they're going to go after you.

But my prediction is that the more Barr learns about who and what were behind the 2016 efforts to smear Trump as some type of Russian collaborator, the nastier and more desperate the Democrats’ attacks on Barr will become.

There must be a lot of Obama Democrats, in and out of the Deep State, who are sweating now. They need Barr's reputation to be tarnished. That way whatever Barr ultimately concludes about the Obama DOJ, can this be written off as some mere piece of pro-Trump propaganda. They have to do that. Now it's what this is all about.

Now if Hillary and company had maybe spent more time trying to out-debate Trump on the big issues of the day rather than funding phony dossiers, paying all that money to Fusion GPS, maybe she would have fared better in the last election -- I don't know.

And if Democrats today focused more on improving the lives of everyday Americans, instead of acting out their silly scenes in like a “Kill Bill” sequel, maybe they would have more to show for their first 100 days of House rule than just ridiculous subpoenas and character assassination.

I'm betting that Americans prefer substance and poise over stunts and noise any day.

Adapted from Laura Ingraham’s monologue on “The Ingraham Angle” on May 2, 2019.