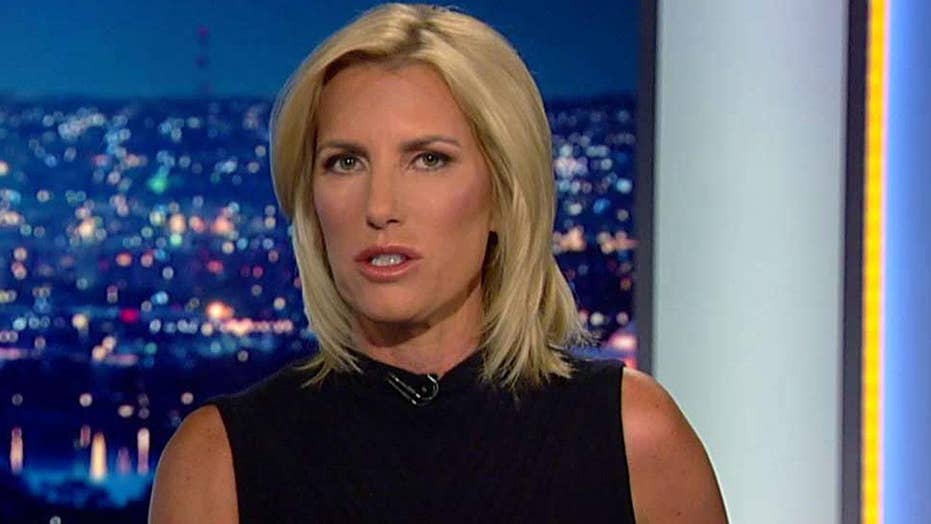 No one should be permitted to undermine our immigration laws or destabilize the security and sovereignty of the United States of America.

As the so-called US-bound “caravan” traveling through Mexico continues to swell, some questions arise that the media will not ask. Who is funding these efforts? How has it grown so quickly and what did the Democrats have to offer besides a bunch of cliches and bromides, and of course grandstanding?

If you have been watching other networks, you have been treated to sympathetic, overwrought coverage of this invading horde, which is anything but a “caravan.” Mainstream news networks have dispatched teams of embedded reporters who are not so much covering the migrant mob as covering for it. They highlight the wonderful camaraderie and welcoming spirit of the masses bent on breaking into our nation. If you are skeptical, or dare to think our border should be secure, you are a “fear-monger” who doesn’t treat people with proper respect. Why, you may have even turned your back on the teachings of Christ, according to the previously militantly secular media.

Their latest gripe is President Trump’s suggestion that Middle Eastern terrorists might be part of this peace-loving group of traveling mothers and children.

CNN’s Don Lemon reacted with horror, accusing the president of “seizing on unsubstantiated right-wing media reports that the caravan has been infiltrated by criminals and unknown middle easterners.” Lemon’s colleague, Anderson Cooper, asked a guest if there was any evidence that “Middle Easterners” could be part of the caravan, and was predictably told, “of course not!”

So why aren't journalists doing their jobs and vetting this horde, investigating who actually organized it and finding out who is financing it?

Well, it turns out the president may be privy to more information than the bright lights at CNN headquarters and their reporters. The spokesperson for the Department of Homeland Security confirmed that the caravan includes "citizens of countries outside of Central America, including countries in the Middle East, Africa, South Asia and elsewhere." Vice President Mike Pence said something else that is getting scant attention, but ought to send a chill down your spine.

“What the president of Honduras told me was organized by leftist groups in Honduras, financed by Venezuela and sent north to challenge our sovereignty and challenge our border,” Pence said.

This confirms what Fox News’ “The Ingraham Angle” reported last week. So why aren't journalists doing their jobs and vetting this horde, investigating who actually organized it and finding out who is financing it?  After all, the vice president just gave you a huge tip. Instead of running with it, the media are strangely incurious about things like the arrest of Irineo Mujica. He's the director Pueblo Sin Fronteras, and the main organizer of the caravan that stormed the border last spring.

Mujica is a renowned activist with dual U.S.-Mexican citizenship who was arrested last week by Mexican authorities for allegedly attacking officials and resisting arrest when they intercepted the horde. Now, why was Mujica there in the first place?

And what about Bartolo Fuentes? Guatemalan officials arrested him last week when the horde entered their country. Fuentes is a former Honduran opposition party leader and yet another immigration activist. Now, he's reportedly the main organizer of this latest invader caravan.

Guatemala deported him back to Honduras and this all substantiates Vice President Pence's comment. But where are the journalists following up on this story? Who is funding Fuentes and Mujica and what are their ultimate goals?

Rather than doing actual reporting, it's easier to take up the mantra of the left, embed yourself with the migrants - actually act like you are a migrant - emotionally manipulate the audience and then dismiss Trump as just a heartless fear monger.

The Democrats and their pals in the media have no answers to the immigration crisis. It’s funny how just a few years ago, all the top Democrats agreed with President Trump’s current stance. Check out these quotes, and guess who said them:

A)     “We simply cannot allow people to pour into the United States undetected, undocumented, unchecked.”

B)      “The day when America could be the welfare system for Mexico is gone. We simply can't afford it.”

If you said A) Barack Obama, B) Dianne Feinstein and C) Chuck Schumer, give yourself a hand. If you thought all three quotes were from President Trump, you have been brainwashed by the liberal media.

It's all up to the American people. We can either allow Democrats to continue to ignore the obvious and promote lawlessness on the border, or we can empower the president with the majority he needs to protect our country. And as for the invading horde headed our way, they must be intercepted and sent back to their countries of origin. If that doesn’t happen, the real blue wave we have to worry about will be the Honduran flag mocking our lost sovereignty.

Adapted from Laura Ingraham's monologue on "The Ingraham Angle," Oct. 23, 2018