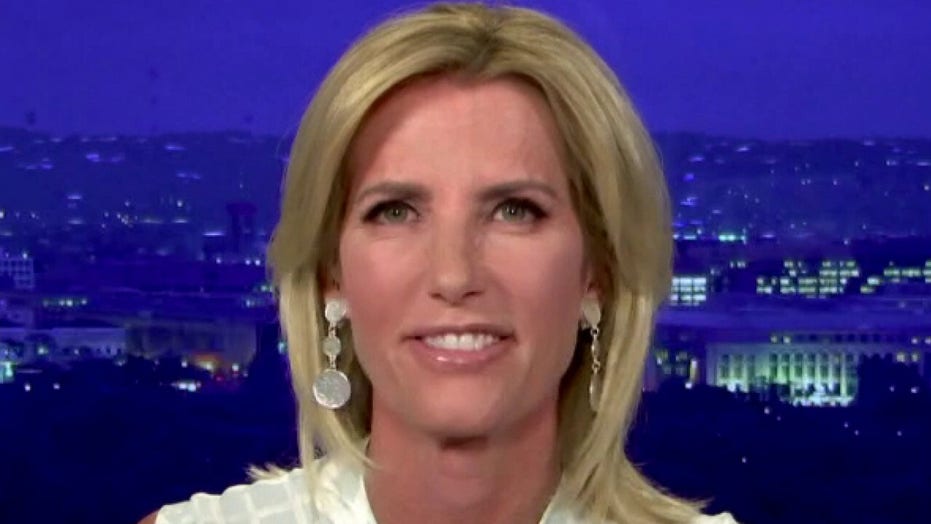 Joe Biden and his media apparatchiks have become masters of anti-American propaganda.

"The Ingraham Angle" host explained that "when a free people begin to doubt their own survival ... that is when they need optimistic, unshakable leaders the most.

"Falling into self-doubt or dwelling on the worst aspects of our past or our present only breeds self-loathing, defeatism, and despair. And, ultimately, disaster," she added. "And this is precisely the mindset today's Democrats have adopted.

"Joe Biden and his media apparatchiks have become masters of anti-American propaganda."

As proof, Ingraham cited remarks Biden made when he visited Kenosha, Wis. last week. The former vice president said America has not been "paying enough attention" to the what he called the "underlying racism that is institutionalized in the United States."

To which Ingraham responded: "The obvious question for Biden that these pseudo-journalists will not ask, is this: 'Sir, how could a systematically racist country elect an African-American president not once, but twice?' Has Biden forgotten his own resume [as Barack Obama's vice president]?

"And here is another question: What was Joe Biden doing for the last 47 years? How many times has Biden talked about what a great country we have and what a great people we are?

"Was that all a lie, or is he lying now? Is he smearing this country and 250 years of American history in a cynical attempt to win minority votes?"