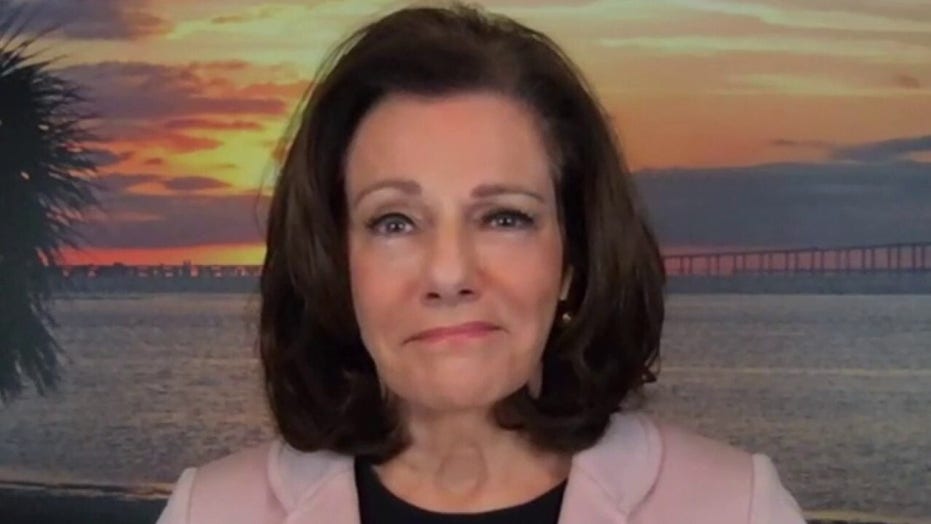 McFarland: FBI was setting Flynn up to blackmail him

The last thing National Security Adviser Michael Flynn said to me when he left our West Wing office in the White House for the last time on February 13, 2017 was laced with irony: “You know, I joined the military to fight the Russians.”

It has taken nearly four years, but the truth is finally emerging about the FBI’s investigation of retired Army Lt. Gen. Flynn. The truth is that the Deep State and some senior Obama administration officials set up Flynn in hopes of using him and others to cripple the Trump presidency from the start.

The move against Flynn was also a preemptive strike to remove the national security advisor before he could carry out President Trump’s plan to reform and streamline the sprawling intelligence community and its 16 different agencies.

I know all this because I was at Flynn’s side during the Trump presidential transition and Flynn’s all-too-brief tenure in the White House. I was Flynn’s deputy, the “senior official” he talked to before and after he spoke to Russian Ambassador to the United States Sergey Kislyak in the closing days of December 2016.

Although the Flynn-Kislyak phone call was perfectly legal and appropriate, senior officials in the outgoing Obama administration and the permanent intelligence bureaucracy seized on it to build their criminal case against Flynn that resulted in him pleading guilty to a crime he did not commit – making false statements to the FBI.

Officials secretly recorded Flynn’s phone call and leaked selected sections of their transcript to Trump-hating journalists. The press used these leaks to spin out a series of stories accusing Flynn of conducting an illegal communication with the Russian ambassador – in violation of a dusty law called the Logan Act – and then lying about the contents of the call.

There was nothing illegal about the president-elect’s incoming national security adviser speaking to the Russian ambassador. The Logan Act, which was enacted in 1799, has never been used to criminalize communications during a presidential transition.

In fact, no one has ever been convicted of violating the Logan Act, which outlawed negotiations by unauthorized American citizens with foreign government. The constitutionality of the law has never been upheld.

At the time of the Flynn-Kislyak call, President-elect Trump was speaking to foreign leaders nearly every day. This was no different from what incoming presidents have done for decades.

FBI investigators took it from there – they took press stories, some Trump tweets and the false Steele dossier (funded by the Hillary Clinton presidential campaign) to craft unsubstantiated narratives of Trump’s alleged collusion with Russia to get elected and Flynn’s alleged wrongdoing.

As I write in my new book “Revolution: Trump, Washington and ‘We the People,’’ when I talked to Flynn about these events at the time he was still national security adviser, he didn’t strike me as someone who had deliberately lied or tried to dissemble. He just seemed to be someone with an imperfect memory who couldn’t remember precisely what he said to Russian Ambassador Kislyak on what call or on exactly which day.

On the advice of lawyers – both his and mine – I have not spoken with Flynn since he left the White House in February 2017. I don’t know what happened to him during the investigation by Special Counsel Robert Mueller.

I can only speak to my own experiences. But according to press accounts, the FBI and Mueller investigators used the same approach with Flynn as they did with me.

There was nothing illegal about the president-elect’s incoming national security adviser speaking to the Russian ambassador.

In August 2017, FBI agents showed up at my house – unannounced. I thought they wanted to ask me questions for an FBI background check of some friend or former colleague. Instead, they wanted to ask about the Trump election campaign and Russia.

I wasn’t very involved in the Trump campaign and certainly didn’t know anything about supposed “Russian collusion,” so I mistakenly went ahead and answered questions, without a lawyer. The FBI agents repeatedly reassured me that I was just a “fact witness.”

Unbeknownst to me, the FBI had obtained all my government files, emails, text messages and phone logs, which I had turned over to the government as required by law when I left the White House. I didn’t keep copies of these records.

The FBI agents asked me a series of gotcha questions, quizzing me on my recollection of telephone calls and meetings during the presidential transition, including the precise words that Flynn used when speaking with me about his calls with the Russian ambassador many months before.

I have a good memory, but not a perfect one, so my recollection of those events was not crystal clear. I hadn’t reviewed any documents to help me refresh my recollection. I had no lawyer with me to prepare me or to protect me. In retrospect, that was my mistake.

When asked, I dutifully spoke to the FBI several more times, still with no lawyer and no access to my documents. I was too trusting of the FBI.

A perjury trap is a “process crime.” It’s when no original crime has been committed, but can occur when a witness in an interview with a government investigator – such as someone from the  FBI – makes a mistake, mixes up dates or remembers only part of an event.

Prosecutors then can claim someone’s faulty memory isn’t faulty at all, but a deliberate effort to evade or lie. They can threaten to charge you with lying without letting you know how they arrived at that conclusion, what evidence they had, or what documents led them to believe you lied.

After my FBI interviews, the office of Special Counsel Mueller subpoenaed me for another round of interviews. I finally got a lawyer, who learned that the Mueller team thought that I had not been fully truthful with the FBI.

I then agreed to a day-long interview in Washington to try to clear my name. I finally obtained my records so I could refresh my recollection of my interactions with Flynn, President Trump and other senior officials.

Eventually, the Mueller team moved on from me, but it was the worst experience of my life. There were times when I thought I might be dragged before a jury in Washington with the full power of the U.S. government against me. I thought I would have to prove myself innocent, not the other way around.

Prosecutors and the FBI have unlimited resources to pursue any case they want, while a person being investigated has to pay for his or her own legal costs. My own legal bills were in the hundreds of thousands of dollars; Flynn’s were almost certainly in the millions. When all else fails, government investigators know they can bankrupt someone just by the process alone.

In Flynn’s case, the Mueller team apparently threatened to charge his son. Flynn sacrificed himself to save his son and pleaded guilty to crimes he did not commit. That fits with the Mike Flynn I know. He said as much in his plea agreement: “A decision I made in the best interests of my family and our country”.

Take politics out of it for a moment and consider this: a cabal of senior leaders of the FBI – unelected and accountable to no one – plotted against a newly elected president of the United States.

These permanent bureaucrats were so sure of themselves that they openly discussed how they would set up and blackmail the new president’s top advisors. Fired FBI Director James Comey even joked on national TV about how he did it.

Now that their actions are coming to light, I hope they will be held accountable for what they did to Flynn, to me and to others. They knew exactly what they were doing when they targeted innocent people. They could rely on infinite government resources and subpoenas to wear their targets down, threaten family members, and push their targets into bankruptcy and ruin.

The officials concocted the story that the Trump campaign actively colluded with Russia and then set out to destroy a duly elected president of the United States and those who worked for him. It was abuse of power plain and simple, and they thought they could get away with it.

If it weren’t for some doggedly determined lawyers, Attorney General William Barr and a few good guys at the Justice Department, the officials who acted improperly probably would have escaped any accountability.

It’s not enough to fire a few low-level bureaucrats and call it a day. The only question that remains is how high up this Deep State conspiracy went.

Was this just the work of a handful of rogue FBI agents, or were they acting at the direction of or approval by their bosses? What was FBI Director Comey’s role?  What did officials in the Obama White House know and when did they know it?

These are among the important questions that need to be answered.