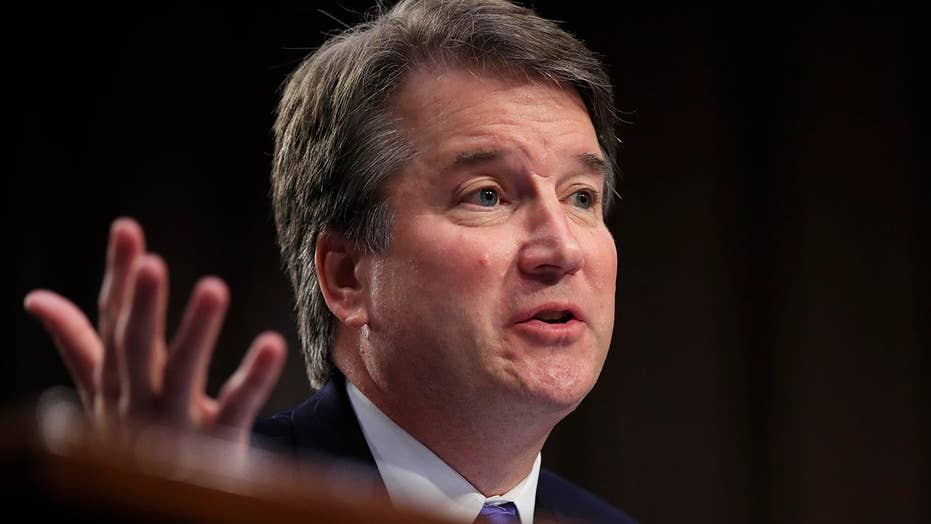 Senators walked out on hearings to create a media spectacle. Countless delaying tactics were employed to obstruct. Virtue signaling, smears and hyperbole caused widespread chaos. Paid protesters were instructed to corner and confront the so-called “enemy.”

You may think I’m talking about the latest in the saga of Supreme Court nominee Judge Brett Kavanaugh and how extremist Democrats are doing everything in their power to block his confirmation. You are correct. But what we’re seeing today with the Kavanaugh nomination are the same intimidation schemes those on the left implements whenever their ideas don’t win at the ballot box.

In my home state of Wisconsin, we saw the full force of what liberals are willing to do when our state Capitol was under siege in 2011 during the debate over collective bargaining. When we Republicans proposed giving local government more flexibility over how tax dollars are spent – rather than caving to the public-sector unions – you would have thought we were proposing the end of the world.

For our safety, my fellow Republican state legislators and I discovered there were underground tunnels that allowed us to exit the Capitol and safely get home to our families.

Protesters chained themselves to the railing in the Senate gallery during the session. Our Capitol building endured incredible amounts of damage that required significant restoration and repair.

Town hall meetings were hijacked by people who thought being belligerent was more important than participating in reasonable dialogue. I personally had death threats directed at me and my kids because I was keeping my campaign promises.

During the height of the debate, I remember sitting in a room off the Senate chambers, listening to protesters blowing loud horns and incessantly chanting.

The pressure urging us to cave was intense. I remember telling my colleagues: “We cannot back down. If we fail, no other state will consider the reforms we are attempting here.”

Ultimately, we had the votes and passed one of the most sweeping, pro-jobs state laws our country has ever seen.

The state courts weren’t immune to these ridiculous and slanderous attacks. In 2011, during an election that was largely seen as a referendum on our reforms, extremely liberal state Supreme Court Justice Ann Walsh Bradley accused Justice David Prosser of choking her. In the end, this was just another smear. No charges were filed, but sadly his legacy has been blemished.

Despite all the venom and scaremongering, the sky did not fall in Wisconsin. Because we held to our principles and kept our promises to balance our budget, Wisconsin’s economy is booming.

After more than $8 billion in tax cuts, we’ve had below 3 percent unemployment for months. More people are working than ever before in our state’s history. When the recall elections rolled along, voters sided with those of us who stood strong and kept our promises.

What we’re seeing in Washington with the Kavanaugh nomination in the U.S. Senate is the same: block, obstruct, resist at all costs. It’s the far left’s standard playbook to stand in the way of policies that will help us prosper. They’re good at it. They’ve practiced, won far too many times, and they’re making this confirmation process their all-or-nothing championship game.

Like many in Middle America, I’m sick of watching important reforms and nominations get to the Senate floor just to be blocked at the last minute by those who fall prey to the extreme left’s games.

If we had leaders we could rely on, ObamaCare would be repealed and solutions to address high health insurance premiums without sacrificing quality of care would be implemented.

We didn’t always have such a strong economy in Wisconsin. Only after I took on an incumbent first-term Democrat and won did we have the numbers in the state Senate needed to enact bold reforms.

And now I see myself in a position where I can’t sit on the sidelines anymore when America needs U.S. senators who will enact real change. We need to confirm Judge Kavanaugh and send my Democratic opponent in the Nov. 6 election, U.S. Sen. Tammy Baldwin, packing. We need serious people with serious solutions in Washington, and Tammy Baldwin isn’t one of them.

Years ago I joked that I wanted to take Iron Lady Margaret Thatcher’s idea of starting a “rent a spine” business. But right now, it looks like Washington just needs more people like me to take their spines to the halls of the U.S. Senate.

I won’t buckle, and I will force other weak-kneed elected officials to buck up, do the right thing, and ignore the absurd shenanigans of the extreme left.

Leah Vukmir is a Republican state senator in Wisconsin and her party’s candidate for U.S. Senate.