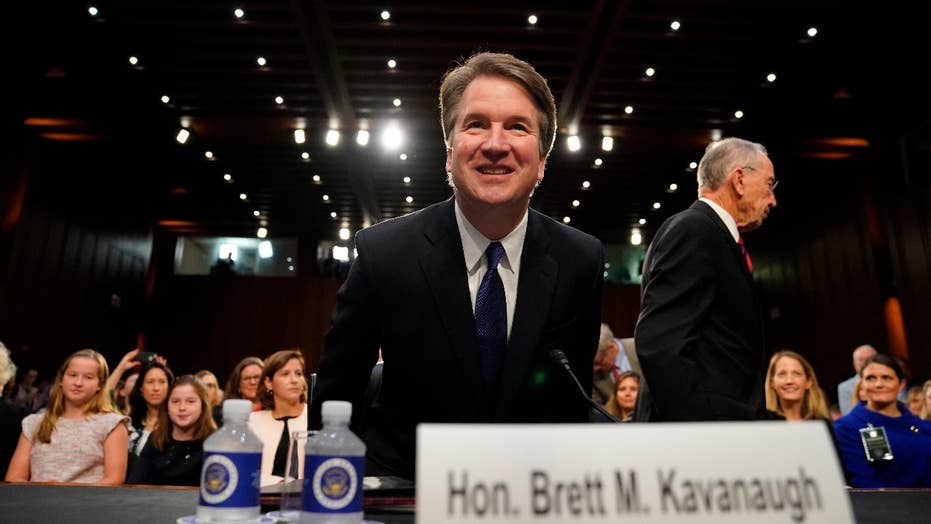 President Trump’s Supreme Court nominee Judge Brett Kavanaugh sat before the Senate Judiciary Committee. The confirmation hearing was derailed just seconds into the meeting. Here’s a look at some of the fiery exchanges.

The Ringling Bros. and Barnum & Bailey Circus went out of business last year, but it found a  successor Tuesday on Capitol Hill as Democrats and demonstrators performed at the Senate Judiciary Committee hearing on the nomination of Judge Brett Kavanaugh to the Supreme Court.

Committee Chairman Chuck Grassley, R-Iowa, commenting on repeated outbursts by demonstrators and steady string of complaints by Democratic senators, said that "this is something I've never gone through before in 15 Supreme Court nominations."

The political theatrics kicked into high gear right out of the gate. Grassley wasn’t more than three lines into his opening statement when, one by one, Democrats attempted to hijack the hearing with calls for more of Kavanaugh’s documents, and even a motion to adjourn the hearing altogether. 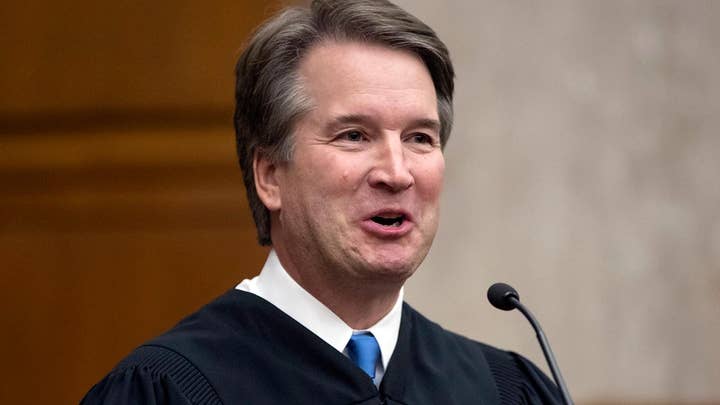 The Democratic objections were absurd. Judge Kavanaugh – currently serving on the U.S. Circuit Court of Appeals for the District of Columbia – is the most transparent Supreme Court nominee in recent history.

As Grassley stated Tuesday, an astounding 488,000 pages of documents relating to Kavanaugh have been released.

For comparison, Justice Elena Kagan – who served in the Obama administration as solicitor general before she joined the high court – only had about 70,000 pages of documents released when she went through her confirmation hearing in 2010. About 182,000 pages of documents were released when the Senate confirmed President Trump’s nomination of Neil Gorsuch to the Supreme Court last year.

Also, as Grassley pointed out in the hearing, Kavanaugh has written 307 opinions as an appellate court judge and he was nominated on July 9.  Democrats have plenty of reading material, and they’ve had plenty of time to read it.

Many Democrats read enough within the first few days of Kavanaugh’s nomination to go on record opposing his nomination.  And you can bet they would have opposed whoever President Trump nominated for the Supreme Court opening created by the retirement of Justice Anthony Kennedy.

Democrats are engaged in nothing more than a desperate effort to delay a confirmation vote on Kavanaugh until next year, when they hope to control the Senate by winning a majority in the November midterm elections. Their stalling tactics have nothing to do with Kavanaugh’s qualifications – they have everything to do with the anti-Trump resistance and turning out the Democratic base to vote in November.

But Democrats up for re-election in November in states carried by President Trump in the 2016 election – and where he remains popular today – are under pressure to support Kavanaugh’s nomination to keep their jobs. Democratic Sens. Joe Donnelly of Indiana, Joe Manchin of West Virginia and Heidi Heitkamp of North Dakota could wind up supporting Kavanaugh’s confirmation for this reason.

All three senators voted to confirm Gorsuch when President Trump nominated him. Senate Minority Leader Chuck Schumer, D-N.Y., whose top goal is to elect a Democratic majority in the chamber, would be foolish to pressure them to vote against Kavanaugh if it led to their electoral defeat two months from now.

Depending on Kavanaugh’s performance this week, pressure could also build on Democratic Sens.  Claire McCaskill of Missouri and Bill Nelson of Florida to vote to confirm Kavanaugh, since both are in tight re-election races.

For other Senate Democrats, this week will be less about defeating Kavanaugh and more about raising their profile for the 2020 presidential election.

Among the pool of likely Senate Democratic presidential hopefuls are Sens. Kamala Harris of California and Cory Booker of New Jersey, who both serve on the Senate Judiciary Committee. Look for them to use the hearings as a launching pad for their possible presidential campaigns.

It’s widely speculated that Democratic Sen. Elizabeth Warren of Massachusetts will also run for president in 2020. She’ll likely be headed for a TV camera every time there’s a break in the hearing. It’s guaranteed the media will be happy to give her the free ad time.

Call it fearmongering or desperation, but the outrage among Senate Democrats began months ago. In the case of Harris, it was before Kavanaugh was even chosen as the nominee. On MSNBC’s “Hardball” she said of whoever President Trump would pick: “We’re looking at a destruction of the Constitution of the United States.”

No need to know the nominee’s name or look at his record. Harris knew enough. Yet, she was the first one to obstruct the hearing and feign outrage Tuesday morning because 488,000 documents weren’t enough reading material for her. No irony to see here.

In a July press conference Booker said of those supporting Judge Kavanaugh: “You are either complicit in the evil, you are either contributing to the wrong, or you are fighting against it.” He then had a kumbaya moment and instead called for everyone to love one another.

Still, barring anything unforeseen happening at his confirmation hearing, Kavanaugh is likely to be confirmed by the end of the month and seated when the Supreme Court reconvenes in October.

So get the popcorn ready and expect to see more political theater throughout this week. Democrats will move on to Act II with their political posturing and outrage on full display.

Who needs the Ringling Bros. circus when we have the Senate circus?