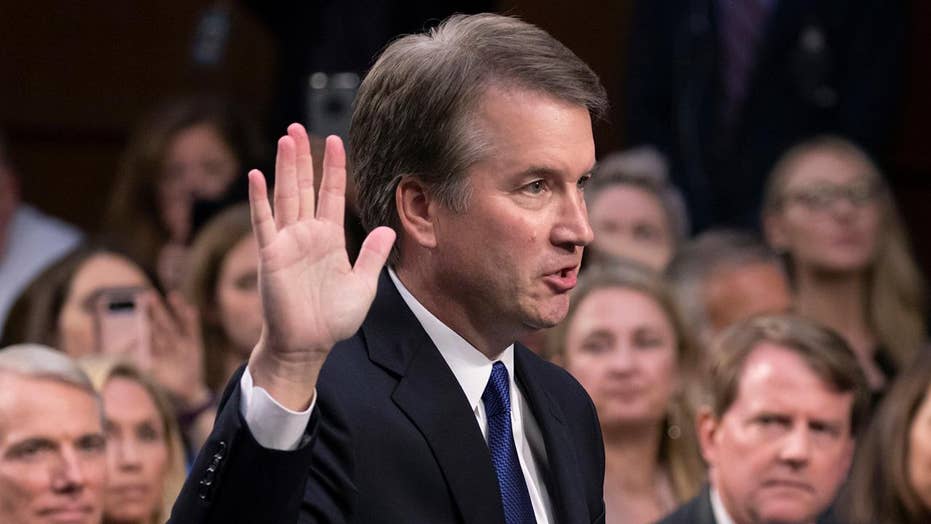 With the identity now revealed of the woman accusing Supreme Court nominee Judge Brett Kavanaugh of sexual assault about 36 years ago, both Kavanaugh and his accuser have been invited to testify under oath in a public session of the Senate Judiciary Committee Monday.

However, Judiciary Committee Chairman Chuck Grassley said Tuesday that the accuser has not yet responded to the committee’s invitation to testify. He said the hearing could be cancelled if she does not accept the invitation.

Senate Republicans made the call Monday to postpone the vote on Kavanaugh’s nomination to the nation’s highest court, originally scheduled for Thursday, in the name of fairness and full transparency.

In a Washington Post article published Sunday, Professor Christine Blasey Ford made both her name and allegations against Kavanaugh public. She gave an account of a party at a house in a Maryland suburb outside Washington during the summer in the 1980s.

Ford claimed a drunken Kavanaugh forced her onto a bed and tried but failed to take off her clothes. She said she managed to run out of the room and out of the house.

Ford’s attorney, Debra Katz, described the alleged actions of Kavanaugh, who was a high school student at the time, as “attempted rape.”

Kavanaugh has categorically denied these accusations, saying in a statement Monday: “I have never done anything like what the accuser describes – to her or to anyone. Because this never happened, I had no idea who was making this accusation until she identified herself yesterday.”

Senators on both sides of the aisle, many considered swing votes, said they wanted Ford to testify prior to moving forward with a vote on Kavanaugh’s nomination.

While the Senate should hear from both Ford and Kavanaugh, it’s equally important the Senate stick to the facts and not let this snowball into a circus.

The facts as we know them thus far consist of several hazy recollections from Ford. She said she is uncertain of the exact location of the party where she contends the assault occurred and the exact summer when the party took place.

Ford said she never told anyone about the alleged assault until she mentioned it in a therapy session six years ago. However, there are discrepancies in the notes from the therapist.

Some other facts to keep in mind: Sen. Diane Feinstein, D-Calif., received a letter with Ford’s accusations in July and sat on it, not pursuing the allegations. In the letter, Ford said she wanted to remain anonymous.

Sixty-five senators met with Kavanaugh prior to his recent confirmation hearing, but Feinstein said she never felt the need to share the letter with them, nor did she feel the urgency to share it with the FBI until after the Senate Judiciary Committee concluded its confirmation hearing.

On “Fox News Sunday,” Sen. John Kennedy, R-La., said: “Nothing. Zero. Nada. Zilch, (Feinstein) didn’t say anything in the confirmation hearing, she didn’t say anything in our confidential session with Judge Kavanaugh when the senators and the nominee met privately. And now, after it’s all over, she produces the letter.”

On Monday Kavanaugh told Sen. Orinn Hatch, R-Utah, that Ford may have confused him with someone else.

“Senator Hatch spoke to Judge Kavanaugh earlier, and Judge Kavanaugh continued to categorically deny Dr. Ford’s allegations,” Hatch spokesman Matt Whitlock told the Washington Examiner. “He told Senator Hatch he was not at a party like the one she describes, and that Dr. Ford, who acknowledged to the Washington Post that she did not remember some key details of the incident may be mistaking him for someone else.”

Given that Ford said she doesn’t remember a number of things about the alleged assault, who is to say she has the right guy? If no new facts emerge, that possibility shouldn’t be discounted.

While the one accusation by Ford has emerged surrounded by fuzzy details, countering it are statements attesting to Kavanaugh’s character from numerous women across the political spectrum who have known him for many years both professionally and personally.

These women include law clerks (he had more women clerks than men), classmates in college, the mother of a girl he coached in basketball, and an open letter from 65 women he knew in high school.

While Republicans are being deferential to Ford, the Democrats believe they have stumbled on a way to derail Kavanaugh’s nomination, and they are trying to do just that.

All this has the eerie feel of 1991, when Professor Anita Hill made sexual misconduct allegations against Supreme Court nominee Clarence Thomas. He was confirmed anyway, and has been on the Supreme Court for the past 27 years.

Deja vu?  Democrats are going for a do-over.

Only the truth should matter. Unlike a trial in court, the burden of proof, unfortunately, falls on Kavanaugh, even though he’s supposed to be presumed innocent.

Ford is leveling a bombshell allegation at a man who – from what we know – has led an exemplary life. There are big holes in her story and they need to be scrutinized and examined; not in a made-for-TV kind of way, but in a serious way.

Senators should extend the same fairness and respect to Kavanaugh as they’re extending to Ford. He’s worked his whole life to get to this moment.  Barring any new information, he shouldn’t be derailed by a last-minute allegation that, just a week ago, Sen. Feinstein didn’t even share with fellow senators.