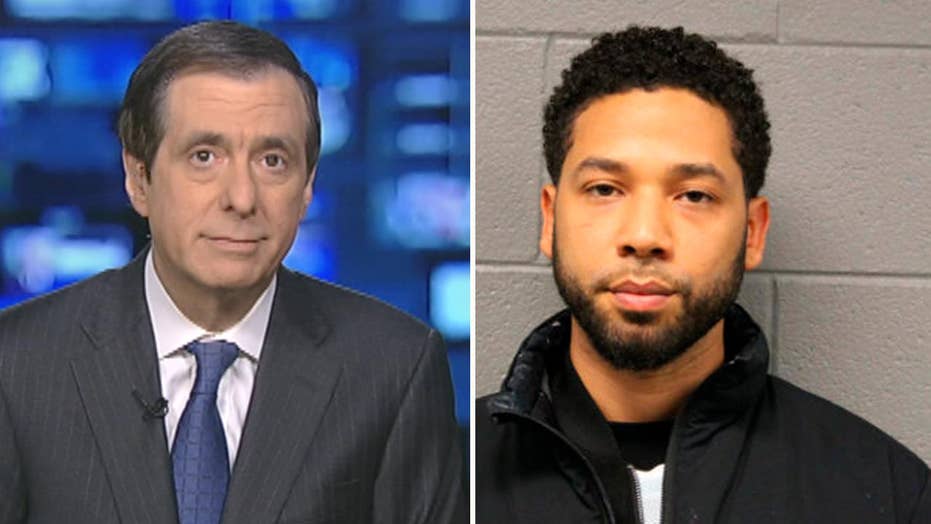 Howard Kurtz: Why journalists keep falling into the Smollett trap

New York Yankees Hall of Famer Yogi Berra once made a reference to “deja vu all over again.” The media frenzy over actor Jussie Smollett – who Chicago police say lied when he claimed he was assaulted in a hate crime – was just one of many media failures this past week.

News junkies had barely recovered from the media falsely labeling the Covington Catholic High School boys as racists. Then came the Smollett claims. Chicago residents survived the polar vortex only to be hit with a hoax hurricane.

Now the storm has passed (sort of). There’s still the court case and few thousand more think pieces, but journalists are eager to move on. (There’s also this laughable video of ABC’s Robin Roberts interviewing Smollett in a fictional scene on “Empire” where she asked him tougher questions than she did in real life.)

Journalists want to prove these two major national embarrassments don’t really indict the press. They’re right. They don’t. There are tons more. So here are six other examples of embarrassing journalist behavior from just this past week.

1. No Conservatives Allowed: Journalism is supposed to be neutral, but we know it’s not. This week CNN took a small step to improve its lineup by hiring former Trump administration staffer Sarah Isgur Flores as deputy political editor.

The hire turned into a social media feeding frenzy. After mentioning “viewpoint diversity,” Washington Post media critic Erik Wemple tried to slam the clubhouse door right in her face. He bashed Flores and questioned “her about the contradictions in transitioning from an explicitly anti-media administration to its primary target, her history of sniping at the media and other stuff.”

Wemple, for the record, came to the Post after eight years as editor of the liberal Washington City Paper, which produced several major media lefties.

Wemple had plenty of help guarding that clubhouse door. Far-left Splinter News called Flores a “GOP hack.” Variety actually accused the network of the dread sin of trying to “bolster CNN’s ‘both sides now’ approach to the news.” Conservatives know that allegation to be ludicrous.

NBC News at least was honest enough to admit that some of the biggest names in news have come right off the Democrat bench. ABC hired President Clinton’s former adviser George Stephanopoulos, while Tim Russert was a top aide to New York Gov. Mario Cuomo before joining NBC News and becoming host of ‘Meet the Press.’”

2. Get Rid of Her, She’s Honest: I have the highest respect for foreign correspondents. They often go places alone where most of us would want the 82nd Airborne for company. One of the bravest has long been CBS’s Lara Logan.

Logan bombarded us with journalistic honesty this past week. Now we know why. According to Variety, Logan “is no longer with the network and has not been for several months.” Anyone who saw her interview with former Navy SEAL Mike Ritland’s podcast wouldn’t be surprised.

Except almost no media outlets even mentioned what Logan had to say.

3. Stone Cold Mean: Roger Stone isn’t especially likable. The one-time Trump adviser (complete with Richard Nixon back tattoo) still has a right to better treatment than he has gotten at CNN. Senior Political Analyst David Gergen cautioned that Stone, who he said “is seen as something of a dandy,” is at risk for rape.

“Will he be physically safe? Will he be subject to rape?” Gergen asked. The Daily Caller noted that, “‘Dandy’ refers to a man who focuses intensely on physical appearance, but is also sometimes used as a gay slur.”

This wasn’t the first time CNN has talked about Stone suffering in prison. Anchor Jake Tapper commented that if Stone went to prison “he might like it.” CNN claimed he was referring to Stone’s desire for attention.

Stone wasn’t amused and who could blame him, telling the Daily Caller that “both Jake Tapper and David Gergen have salivated over the prospect that I could be raped in prison.” “These people are demons,” he said.

4. Blackface Smears USA Today Editor: The trifecta of Virginia Democratic scandals that are getting largely ignored by the media after an initial burst of attention spawned another embarrassment this past week. Only this was for USA Today. The paper went on a deep dive trying to find examples of archival racism in old yearbooks.

The paper played up its discoveries with huge front-page and inside coverage, “Review of 900 yearbooks finds blatant racism.” It certainly did. It showed that one of the racist yearbooks – the Arizona State University 1988-89 edition – was edited by none other than USA Today Editor-in-Chief Nicole Carroll.

Carroll wrote a column on the discovery, saying the yearbook “included a photo of two people at a Halloween party dressed as Mike Tyson and Robin Givens. It is horrible, and of course the photo should not have been published.”

The rest of the column mentioned appropriately liberal support for “the LGBTQ community and all marginalized groups.” But it included one key sentence that journalists should read: “We cannot cover America if we do not reflect America.”

She’s right. That should mean news outlets also hiring conservatives, Christians and more. But it seldom does.

5. ISIS Bride or Recruit? Hoda Muthana joined ISIS in 2014. Five years later, the former terrorist wants to enter the U.S. The Trump administration doesn’t want her back and the press is tugging on heartstrings to push her case.

One of the big challenges facing journalists is what to call her. “ISIS bride” is commonplace. It’s short and fits in headlines, but it also downplays what a monster she is. USA Today, NBC and lots of others used it. NPR (yes, I have now complimented NPR and CNN in this column) called her “Alabama Woman Who Joined ISIS.” It doesn’t roll off the tongue, but it’s accurate. Even lefty Vox called her an “ISIS recruit.”

It shows the importance of what even a small word choice can do.

6. Quote of the Week: Journalists love to mock the errors of people they don’t like. Here’s MSNBC anti-Trump Anchor Katy Tur getting a basic item wrong about American history. “You know, it is George Washington Day here in New York, unlike the rest of the country, because George Washington: native son of New York.”

Oops. Washington was born in Virginia. Yes, the same Virginia known as “The Mother of Presidents” – eight of them, including Washington. And Tur got that wrong on Presidents Day, of all days.