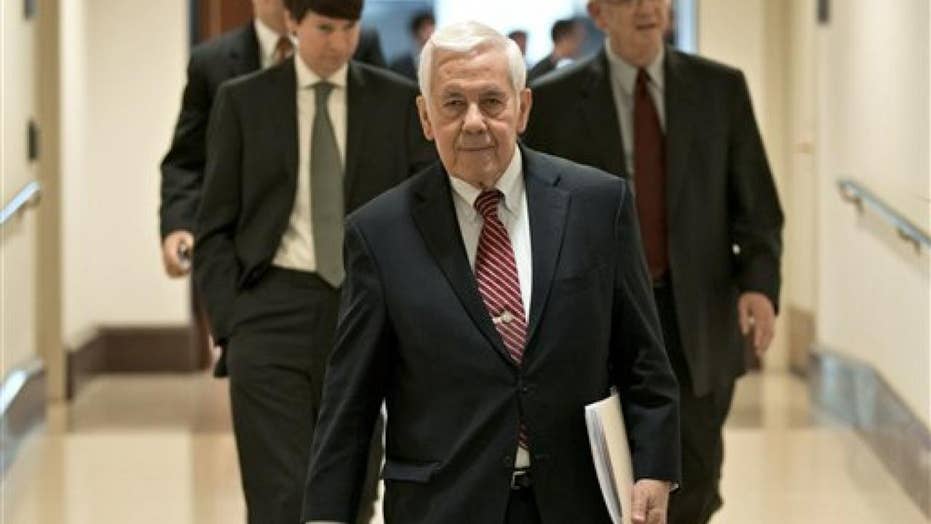 Former United States Senator Richard Lugar, a foreign policy expert, has died at the age of 87.

Former Indiana Republican Sen. Richard Lugar, who died at 87 on Sunday of a rare neurological disorder, never got to be president, though he made an unsuccessful run for the job in 1996.

He never even got to be vice president. While he was on President Reagan’s short list in 1980, Reagan ultimately chose George H.W. Bush as his running mate. While President Bush also considered Lugar for the post, he wound up tapping another politician for the job -- Indiana’s junior senator Dan Quayle.

Lugar was not awarded the Nobel Peace Prize either. But he should have won.

For despite his modesty, quiet reserve and self-deprecating manner, Lugar helped do more than most politicians combined to help protect the country, indeed, the world from the scourge of nuclear, chemical and biological weapons. He leaves an extraordinary national security legacy.

As the Soviet Union was collapsing, Lugar crossed party lines to work with Georgia Sen. Sam Nunn, then chairman of the Senate Armed Services Committee, on what seemed a radical, risky idea to prevent Moscow’s Weapons of Mass Destruction (WMD) from falling into the wrong hands. In 1991, they won Congressional approval of what became known as the Cooperative Threat Reduction program (CTR), or “Nunn-Lugar,” for short.

There was no shortage of critics back then of their counter-intuitive initiative: Washington would pay its main former enemy – Russia and the other former Soviet republics -- to help them secure, dismantle, or destroy its vast arsenal of an estimated 35,000 nuclear weapons, hundreds of tons of plutonium and highly enriched uranium, and chemical weapons arsenals and biological weapons stockpiles at dozens of facilities spread across 11 time zones.

William H. Tobey, a former deputy administrator of the National Nuclear Security Administration from 2006 to 2009, remembers what American weapons experts saw when they first arrived at Russian nuclear sites in the early 1990s. They found fallen fences, decrepit buildings, and broken morale among young, underpaid, ill-trained, bored, and often drunk Russians guarding weapons that could readily destroy the world.

Lugar helped do more than most politicians combined to help protect the country, indeed, the world from the scourge of nuclear, chemical and biological weapons. He leaves an extraordinary national security legacy.

Since 1992, American scientists and weapons technicians, working under CTR, at a cost of over $2 billion, have installed cameras that provide constant remote monitoring of the most sensitive materials, metal and radiation detectors to protect against unauthorized intrusions. They have reinforced doors and windows, installed locks, built bulletproof guard facilities, perimeter fences and robust barriers at vehicle entry points. They have laid hundreds of "man traps" -- heavy turnstiles that require authorized access and proper identification before opening. The work was often hard and conditions difficult. The temperature at one facility I visited in Siberia dropped below -65 degrees Fahrenheit in winter and rose above 100 degrees in summer.

CTR also facilitated the arrangements that led Ukraine, Belarus, and Kazakhstan to forego the nuclear weapons Moscow had based on their territory. As a result, all three countries are now nuclear weapons free. The program has deactivated more than 7,600 strategic nuclear warheads – more than the nuclear arsenals of France, Britain and China combined, according to a 2014 Pentagon study. It has destroyed more than 2,500 nuclear-capable missiles, 1,187 missile launchers, 33 submarines, and 155 bombers. More than 1,675,097 rounds of chemical munitions have been destroyed, along with some 4,129 metric tons of chemical weapons.

When Nunn retired in 1997, Lugar continued promoting CTR and its expansion to countries outside the former Soviet empire. Building on the expertise acquired in dealing with Soviet WMD, CTR has evolved into a promoter of non-proliferation cooperation and a center of expertise that has reduced WMD threats throughout the world. It was instrumental, for instance, in securing and neutralizing chemical weapons stockpiles in Albania and Libya.

In 2005, Richard Lugar took then-junior Illinois Sen. Barack Obama on his first trip to Ukraine and Azerbaijan to visit dismantled weapons sites. President Obama later credited that trip, and Lugar, with having reinforced his determination to reduce the size of America’s nuclear arsenal.

In 2013, Obama awarded Lugar the Presidential Medal of Honor, the nation’s highest civilian honor. “His legacy,” said Obama, “is the thousands of missiles and bombers and submarines and warheads that no longer threaten us because of his extraordinary work.”

Later years were not kind to Lugar or his work. In 2012, he lost the Republican nomination when seeking his seventh Senate term. Though state Treasurer Richard Mourdock, a beneficiary of the Tea Party upheaval sweeping the country, defeated him, Mourdock lost the general election to Sen. Joe Donnelly, an Indiana Democrat.

Lugar was also frustrated that Vladimir Putin steadily cut back American funding of Russia’s disarmament efforts. Under Putin, CTR came to be seen as a Washington conspiracy to weaken Russia. Putin has now launched a nuclear modernization program that threatens to reverse much of the progress CTR helped achieve. Lugar also told friends that he regretted Washington’s lack of priority on reducing and destroying its own nuclear arsenal.

Equally depressing, Lugar lived to see Washington’s growing polarization along party and ideological lines, and, as a result, the collapse of bi-partisan efforts like CTR that did so much to protect American national security at a pivotal, dangerous moment. Unlike so many, he never stopped believing that true national security depended on politicians setting aside petty and sometimes profound differences in the nation’s interest. We need more public servants like him.