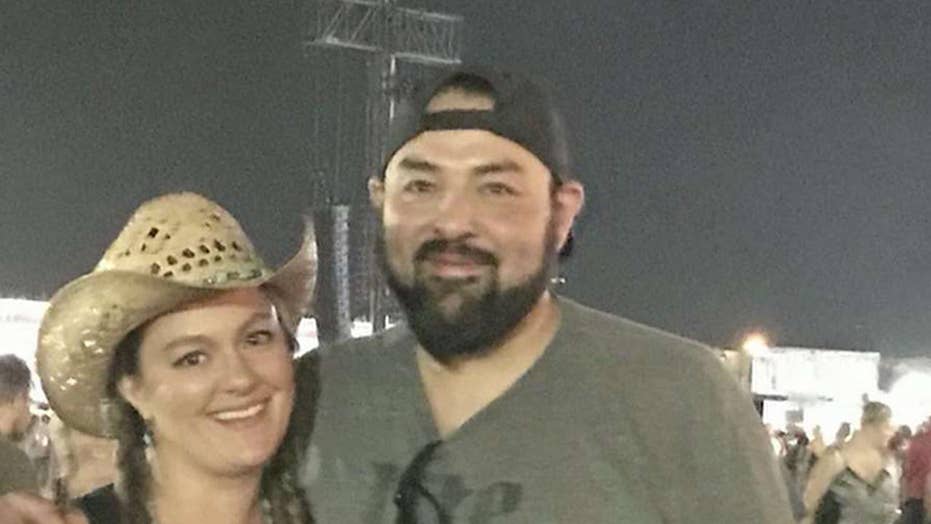 Kodiak Yazzie describes hearing continual bursts of rapid fire as he fled the scene with his girlfriend.

There was nowhere to run, nowhere to hide. Some 22,000 people -- young and old, people of all colors and religions -- were attending the final night of a three-day country music festival starring Jason Aldean when they suddenly found themselves cornered in a killing field. Aldean was on the stage when lead began raining down on them as the music played.

This was the ultimate “soft target.”

“You couldn’t have had a worse, more terrifying scenario,” said Raymond W. Kelly, the New York Police Department’s longest-serving commissioner and now vice chairman of K2 Intelligence. “An individual with no criminal record, with as many as 23 weapons, some of them apparently modified to be fully automatic, shooting down on the ground from on high in a fortified position,” he said. “The simplicity is part of what makes this so deeply disturbing.”

In roughly ten minutes, 59 were dead and more than 500 wounded. The casualties might have been even higher had police not located the shooter’s room and barged in when they did, Mr. Kelly said. And it happened in Las Vegas, known for good security, given its hotels, casinos, clubs, stadiums and other convention venues. Such soft targets are a police officer’s ultimate nightmare. Precisely because there is so little they can do to protect such helpless civilians.

The attack happened in Las Vegas, known for good security, given its hotels, casinos, clubs, stadiums and other convention venues. Such soft targets are a police officer’s ultimate nightmare. Precisely because there is so little they can do to protect such helpless civilians.

Stephen Paddock, the lone-wolf shooter, fit no known terrorist profile. A retired accountant and heavy gambler, he lived in a retirement community just outside of the city. He had no criminal record, no apparent struggles with drugs or alcohol, no known history of mental illness, as his shocked brother told reporters. Several years ago, he got a parking ticket. He had no apparent ties to a terrorist organization, foreign or domestic. When police cornered him in his two-room suite, he shot himself. The massacre, the deadliest mass shooting in modern U.S. history, is being called a “one-off.”

There are things that potential terrorism “soft targets” can do to make themselves less vulnerable. Police and security consultants, for example, urge diplomats in dangerous posts to alter their routes to and from work, fortify their homes, offices, and compounds, give out as little information as possible about their planned activities, and limit distribution of personal data. But none of these sane safety rules apply to shootings in which slaughter is random and seemingly without motive. Passengers in train stations, airports and shopping malls, theater and concert goers, attendees at sports events: such individuals are simply in the wrong place at the wrong time.

Large, experienced police departments train for such events. The NYPD, said Mr. Kelly, stations “anti-sniper teams” in skyscrapers and buildings surrounding Times Square, for example, where thousands of people gather each day and as many as a million assemble each year on New Year’s Eve.

In Las Vegas on Sunday night, many concert goers ran for their lives; others crouched on the ground; still others sought shelter under cars and buses and the concrete barriers of McCarran Airport, where they crashed through the fence in terror. Mr. Kelly says that in such a shooting spree, running in a zigzag pattern is often the best defense. But many of those injured were trampled in the stampede of terrified people fleeing the scene.

But ultimately, police can do little to prevent a killer like Paddock, who had an Alaska hunting license, from murdering people and sparking mass mayhem.

America has more guns than people.Paddock's motive remains unknown. No gun control measure, such as requiring background checks, which polls show Americans overwhelmingly support, may have prevented him from purchasing the 42 weapons found in his home in Mesquite and his hotel room in Vegas and opening fire on helpless concert goers Sunday night. But before this massacre, Congress was preparing to consider legislation to make it easier for Americans to purchase silencers for their weapons.Washington’s politicians apparently fear the National Rifle Association more than the public’s short-lived fury after such senseless slaughter.