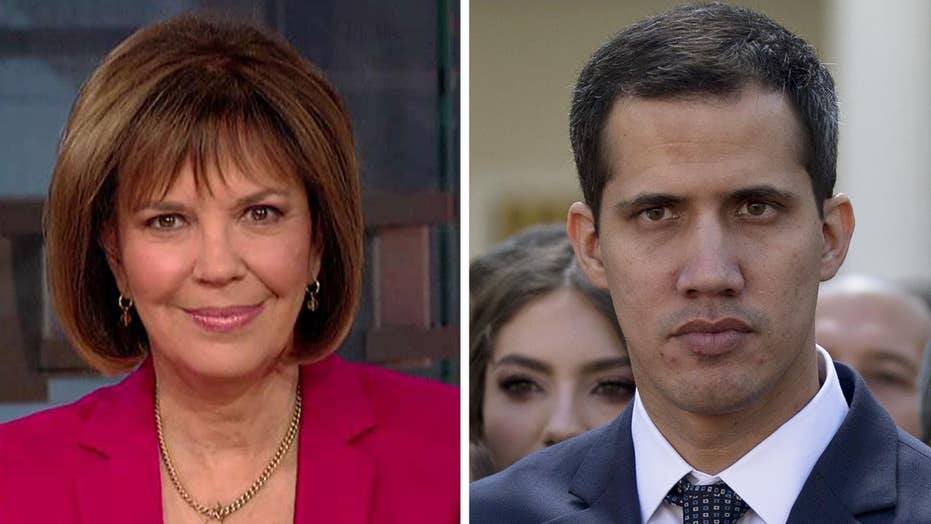 Judith Miller on uprising in Venezuela: This is a make-or-break moment for Juan Guaido

Venezuela is on the edge. Tuesday’s uprising is a make-or-break moment for the opposition’s protracted effort to oust disputed President Nicolas Maduro. The odds are against its success, and the Trump administration needs a backup plan in case there is a failure of Operation Libertad (Operation Freedom), as opposition leader Juan Guaido calls it.

The United States has done just about everything it can reasonably do to persuade Maduro to step down peacefully. But Guaido’s call Tuesday morning for the military to side with him and for Venezuelans to take the streets took the White House by surprise.

National Security Adviser John Bolton woke President Donald Trump up at 6 a.m. to brief him on the latest developments. Mass protests had been scheduled for Wednesday. But a day early, Guaido – flanked by men in military fatigues – announced the beginning of what he called the final phase of Operation Libertad at La Carlota military base in Caracas, the Venezuelan capital.

At Guaido’s side was Leopoldo Lopez, an opposition leader who was recently liberated from house arrest by defecting soldiers.

Bolton stressed that President Trump still favors a peaceful transfer of power and that Guaido’s uprising was not a military coup. Venezuela’s constitution authorizes Guaido, the leader of the country’s parliament, to govern if presidential elections are deemed to be fraudulent.

The White House has worked hard to persuade 50 nations – including Venezuela’s neighbors and other members of the Organization of American States – to declare Maduro’s re-election last year fraudulent and recognize Guaido as the nation’s interim president.

Calling the moment “very delicate,” Bolton warned Tuesday that if the opposition failed, Venezuela would become a dictatorship without a foreseeable end.

The White House has also led a successful effort to impose tough economic sanctions against the socialist Maduro regime. The regime’s corruption and ineptitude have turned oil-rich Venezuela, once among the richest of South American nations, into one of the hemisphere’s poorest states, driving many of its 33 million people into hunger and dire poverty.

Asked why they and other senior officials had not done so, Bolton blamed “fear” prompted by the presence of some 20,000 to 25,000 Cuban soldiers and security forces – the so-called collectivos – who have been guarding Maduro and sensitive sites.

Ominous too is the presence of some 100 Russian security advisers and 400 members of the “Wagner Group,” Russians who have also been propping up the Russian-backed Syrian government and waging a civil war in Ukraine.

Can Guaido succeed? That depends on two factors: First, whether senior ranks of the Venezuelan military continue to back Maduro. And second, the number of Venezuelans who turn out in the streets in coming days in response to the opposition’s call.

If millions turn out – as opposed to the estimated 300,000 on average who have protested in previous weeks – soldiers will have to decide whether to fire on their fellow citizens to stop them from storming the presidential palace or other government offices. Either could be a tipping point.

Maduro's Communications Vice Minister Isbemar Jimenez asserted Tuesday that the country’s military garrisons continued to support Maduro and that the situation was “under control.”

The Trump administration, for its part, has insisted that “all options are on the table,” including military intervention. But senior administration officials know that military actions rarely turn out as intended, and that the presence of U.S. forces in a South American country, given America’s history of unpopular interventions there, might well backfire.

If the White House has a Plan B, its contents are not yet apparent.