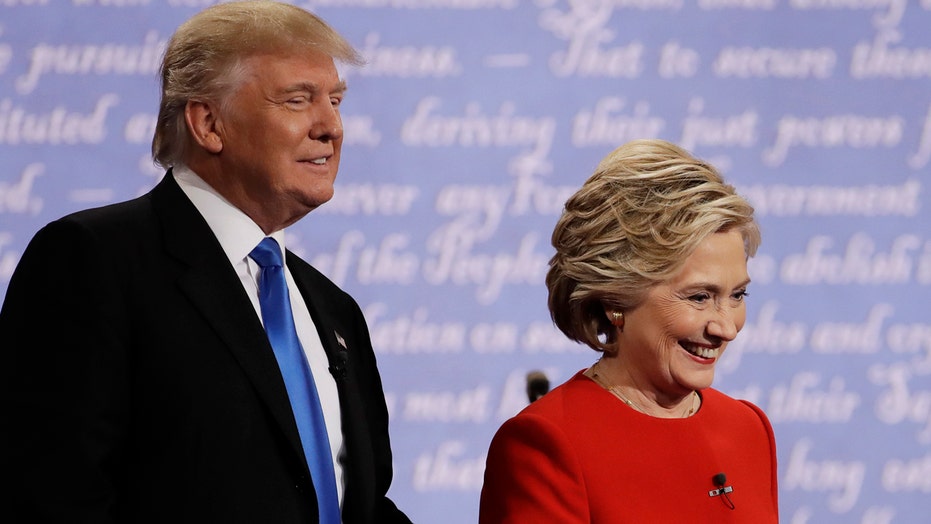 Napolitano: Both Clinton and Trump are 'big government'

In this weekly column and in my on-air work at Fox News, I have characterized former Secretary of State Hillary Clinton as a crook and as the "Queen of Deception." I have argued that there is enough credible evidence in the public domain to indict, prosecute and convict her of espionage, perjury, misleading Congress, public corruption, providing material assistance to terrorist organizations and obstruction of justice.

I can point to five times when she lied under oath. I know of FBI agents who believe that their hands were tied by the Obama administration in the criminal investigation of her. And I know of American intelligence agents who firmly believe that Americans died because Clinton failed to keep state secrets secure.

She sent emails containing state secrets to a former aide whom she knew lacked any security clearance and whose emails were hacked by hostile foreign governments, and she left classified documents in a bedroom in a foreign embassy where personnel without clearances had access to them.

She refused to use government-secured email devices because she wanted to keep her behavior hidden from the public and from the president. Some of that behavior had to do with using the power of the government to enrich her family’s foundation. I have argued that there is strong, credible evidence to demonstrate that she exercised her official behavior as secretary of state in accordance with the financial needs of her family’s foundation. She refused to see some foreign dignitaries until they gave money to the foundation.

She had her close personal aide, Huma Abedin, employed by the foundation while she was employed by the State Department, such that folks who dealt with Abedin knew that she would ask them for money for the foundation as Clinton’s official gatekeeper; and they’d need to make those payments in return for favorable treatment from the secretary of state.

She even permitted Russian President Vladimir Putin to gain control of a Utah uranium mine in return for the payment by an intermediary of $145 million to her family’s foundation.

Some of the behavior Clinton hid involved her waging an illegal and disastrous war in Libya, in which she used the American intelligence community rather than the U.S. military so as to keep Congress largely in the dark. She conspired with a dozen members of Congress and with President Barack Obama to fight the secret war to topple Libyan strongman and American ally Col. Moammar Gadhafi.

She used her lawful authority as secretary of state to authorize exemptions to the U.N. embargo of arms to Libya by American and foreign arms dealers. She permitted the sale of arms to groups in Libya that were masquerading as anti-Gadhafi militias but -- according to the CIA -- were actually terrorist organizations.

She rejected the advice of the CIA and thereby provided material aid to terrorist organizations -- a felony under U.S. law. The result of her secret war was the destruction of all order and culture in Libya, the institution of mob rule and the assassination of the American ambassador.

Yet none of the above was articulated by Donald Trump in his debate with Clinton earlier this week.

Trump utterly failed to capitalize on her greatest vulnerabilities -- the widespread and largely well-grounded belief that she is untrustworthy and her well-documented record as a failure as secretary of state. I know one of his debate coaches very well. I suspect that the coach gave him superb ideas and one-line zingers, none of which he used. I also suspect that the coach’s advice went in one of Trump’s ears and out the other.

Presidential debates are not won on points and counterpoints. They are won on general impressions. The general impression from Monday’s highly anticipated debate is that Clinton brilliantly controlled the ball and Trump came utterly unprepared. She succeeded in arresting her fall in the polls and reassuring her Democratic base. He failed to give independents and wavering Republicans a good reason to back him.

But both candidates’ performances deeply disappointed me. I confess to a moral preference for personal liberty in our supposedly free society. Did you hear the word “freedom” or any of its variants or the Constitution mentioned by either debater? I did not.

Neither talked about natural rights -- personal liberties coming from our humanity and untouchable by the government. Trump argued for letting the police stop you on a whim. Clinton argued for massive increases in wealth transfers.

Neither understands the economy. Both want the government to force employers to pay higher wages, to impose higher taxes on the most productive in our society, to impose tariffs on goods we import and to increase our $19.5 trillion national debt. Aren’t those behaviors just what got us into our present precarious economic straits, where all federal tax revenue is now consumed by wealth transfers, the Pentagon and interest on the government debt, with the government being run on borrowed money and borrowed time?

Neither mentioned the primacy of the individual over the state, and neither spoke about the guarantees of liberty in the Bill of Rights. Both believe in a government that can right any wrong, regulate any behavior and tax any event.

Who really wants a choice between two proponents of monster government, bigger than it is now? Whatever became of "that government is best which governs least"? Who will protect us from a government that takes more than it gives?