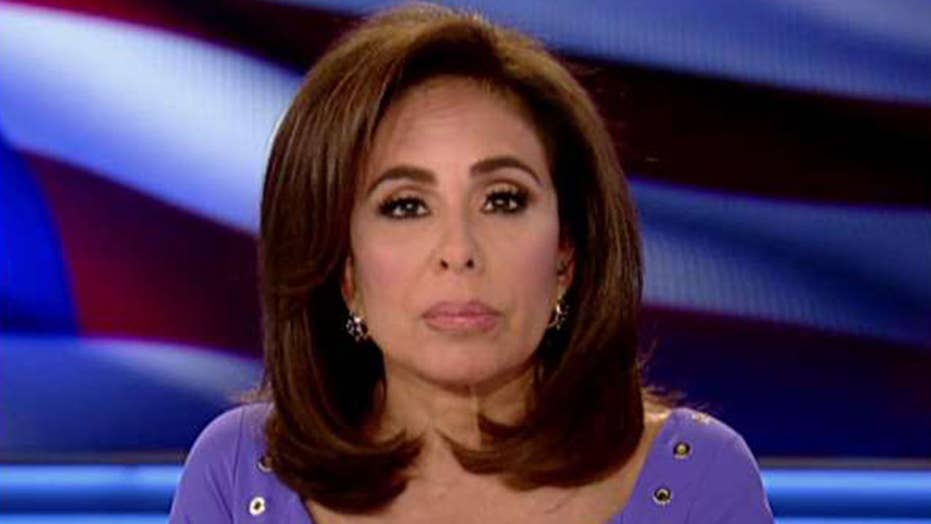 Judge Jeanine: Being a leader means making the tough decisions

This week, we watched a true leader make a tough choice.

Being a leader means making tough and many times unpopular decisions. This week, we watched a leader declare a national emergency where one was unequivocally and undoubtedly needed.

It was vintage Donald Trump and the reaction, vintage fake news left.

Is there really an emergency at the border? The left is calling it a political stunts and a total waste of money. Some are even threatening to take the barrier down if built.

But make no mistake, Donald Trump will secure our border. The left are lying to you when they say there is no crisis, that the president is concocting the nation's immigration emergency. They object to the president's characterization of the influx as an invasion.

A primer -- our southern border is overwhelmed by illegal immigration, gang violence, crime, drugs and human trafficking. In fiscal year 2019, the DHS has already seen a 136 percent increase in the number of family units and unaccompanied children. Over the last four months, 40,720 inadmissibles have entered our southwest border each month. Thousands of violent criminals cross that border, endangering Americans.

Last year ICE removed more than 10,000 gang members already in our country illegally. Drugs are flowing across the border, devastating American families. Every week, 300 Americans die of heroin overdoses of which 90 percent comes over that southern border.

In 2019, ICE made over 1,500 human trafficking arrests, almost all of which were for sex trafficking; 20,000 children were illegally smuggled into the United States during the month of December alone. If this isn't a crisis at our border, it's hard to know what is. 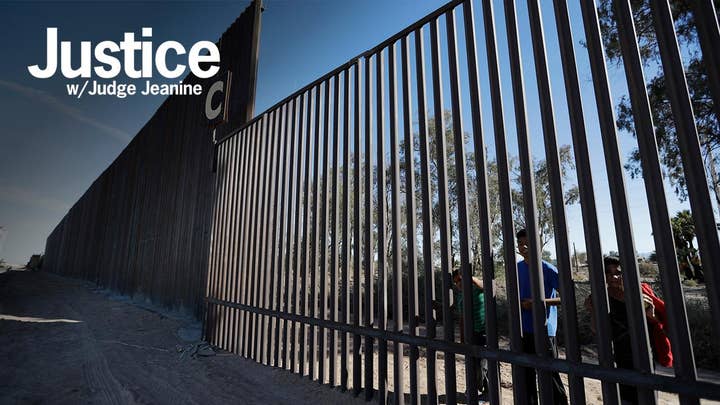 What happens to these people at the border? When captured, they claim asylum, which, of course, they could have claimed at a legal port of entry. But even then they're released and given a court date, but most don't bother to return. And 80 percent of them are not really eligible for asylum anyway, and their claims are ultimately rejected by immigration judges. But they don't care. They're off somewhere in America, maybe in your town.

The president did everything he possibly could before declaring the state of emergency, and if you want to criticize anyone, criticize Congress who dilly-dallied since 1986, when President Reagan declared the last amnesty. They are so jealous of the other party, as well as this outsider president, that they refuse to give him a win, when their concern should be about giving the American people a win.

They refuse to even consider that every day they refuse to negotiate or work on our behalf, 130 Americans die from opioid overdoses and 90 percent of the heroin comes across that border. The left, however, instead of recognizing the danger to Americans is determined to do nothing but criticize President Trump.

I can't imagine that the Supreme Court would not support the declaration of an emergency given Congress' repeated failure to act, and the president’s repeated attempts to make the Democrats act.

Now listen up, I've got news for you Doubting Thomases: This president is on firm legal ground. Both the Constitution and Congress have given him the right to declare emergencies as an executive action. Youngstown vs Ohio 343 U.S. 579, according to Justice Jackson, "The President is at his zenith of power here where Congress has delegated to him the authority and his own authority is at its maximum. He possesses his own right, plus all that Congress has delegated. In these circumstances, and in these only, may he be said to personify a federal sovereignty."

It's simple, folks. What do you want? Should America be a nation state? Should we be a country defined by borders? Or should we simply be a repository for anyone who wants to come here? Should we be a refuge for the rest of the world to come for education, health care, housing, food stamps, and yes, even Social Security? And should they get a license? A free college education while American kids have to pay for theirs? Should they get the right to vote?

Where do you stand?