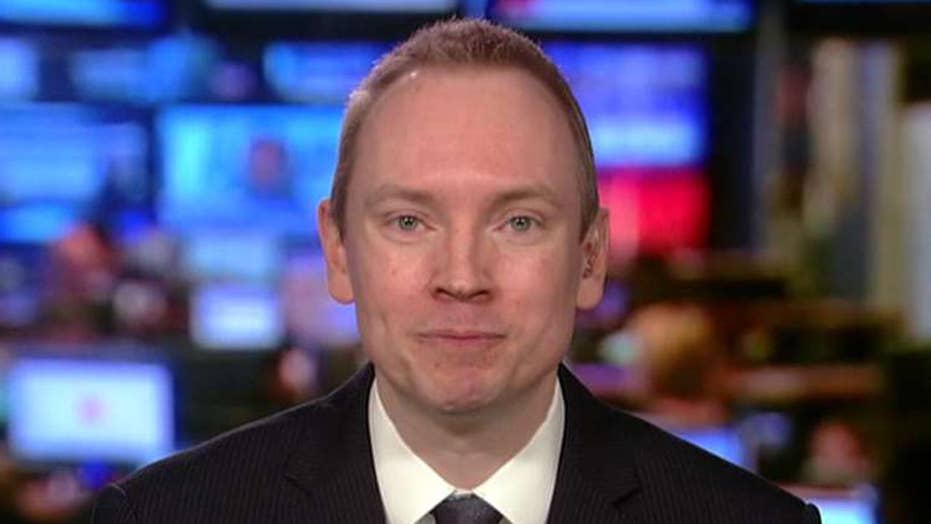 While the public discourse has been consumed over the realization that abortion physicians actually let viable babies who survive late-term abortions die -- as well as whether President Donald Trump or House Speaker Nancy Pelosi will blink first over the issue of congressional authorization for building a wall at the country's southern border, to say nothing of the race-and-sex-infused mess at the top of the government in Virginia -- a profound free speech issue has been bubbling below the radar.

A former White House communications aide and former Trump campaign adviser who has written a blistering tell-all book about the Trump White House now finds himself in litigation about whether he can freely publish his book -- which he has already done -- and freely profit from it.

The former Trump friend and colleague is Cliff Sims, and his book is called "Team of Vipers." It makes Chris Christie's book about his bitter experiences with those around the president look as if it were written by Mother Teresa by comparison. The president and his folks, who knew of the book before it was published, apparently bristled at the stories related and allegations contained and opinions expressed in it.

This is an unhappy tale, not with regard to accuracy or fairness in reporting but with regard to the doctrine of fair comment and the natural and constitutional right to the freedom of speech. Here is the back story.

When Sims began his time as an official of the Trump campaign, he signed a nondisclosure agreement, or NDA. NDAs typically bar the revelation of information gathered during one's employment. They were nearly universal in the Trump campaign.

Sims' NDA also provided that if there was any dispute between him and the campaign over the meaning of the NDA or whether he or the campaign violated it, that dispute would be resolved in secret arbitration, not in a public courtroom in front of a judge and jury. The NDA further provided for liquidated damages -- a pre-agreed-upon amount of money that Sims would owe to the campaign if arbitrators found that he violated the NDA.

What about the freedom of speech and the right to a fair trial? The theory of an NDA is that the signer has knowingly waived those rights in return for the employment contemplated by the NDA. This is a quid pro quo. You get hired at a job you want; you get the pay and perks you sought; you agree to keep silent the secrets you learn. And if there is a dispute about what you can say and to whom you can say it, the dispute itself will be resolved in secret because you agreed to that in the NDA. If the arbitrators find that you violated the NDA, you owe a certain amount of money to the other party -- in this case, $10 million to the Trump campaign -- whether you caused damages in that amount or not.

That is at least the theory of how these NDAs are supposed to work. The courts do not favor these agreements, because they often stifle free speech -- and often it is speech in which there is a material and serious public interest. Yet as they are between private parties, NDAs are enforceable.

In this case, the speech is about Trump -- not as a candidate but as the president. So after Sims' book was published and after the folks in the West Wing, where he worked for a year, read what he wrote, the Trump campaign -- it still has a skeleton staff and lawyers on the payroll -- filed a complaint with the designated arbitration entity, demanding the liquidated damages of $10 million.

Then Sims' lawyers filed a complaint in federal district court, asking a judge to enjoin the arbitration proceeding because what Sims' wrote he learned about while working for the government, not on the campaign. The campaign will no doubt point to an NDA it claims Sims signed when he began his tenure in the West Wing and argue that it applies as effectively as the NDA he signed for the campaign. Sims recalls no NDA at the White House.

Here is the problem for Trump. The campaign is not subject to the First Amendment, but the White House clearly is. Even if Sims did sign an NDA at the White House, the First Amendment bars the government from enforcing it, and several federal statutes protect whistleblowers, no matter what they agreed not to say at the outset of their work, unless it is classified material being protected. In the West Wing, Sims worked for the federal government, not Donald Trump personally and not the campaign.

Can the government punish speech of someone who agreed to remain silent? In a word: No. It cannot deter speech, and it cannot chill speech. Chilling takes place when government behavior is so oppressive that the potential speaker is afraid to speak about what he knows.

And if the speech is comment about public people or public policy, it is protected by the doctrine of fair comment. That is a Supreme Court rubric underscoring the truism that the whole purpose of the First Amendment is to protect and encourage open, wide, robust speech about the government -- speech that sheds light on dark government corners, speech that is unafraid of and immune from the slightest whiff of government redress, speech that can be harsh in tone and discomfiting in delivery.

It is that brand of public free speech that the Framers intended to protect by the First Amendment. As one of President Trump's no-holds-barred predecessors famously said, "if you can't stand the heat, get out of the kitchen."

If presidents can use legal artifices to punish the speech they hate and fear, they are no longer presidents in a free society. They are princes in an empire.