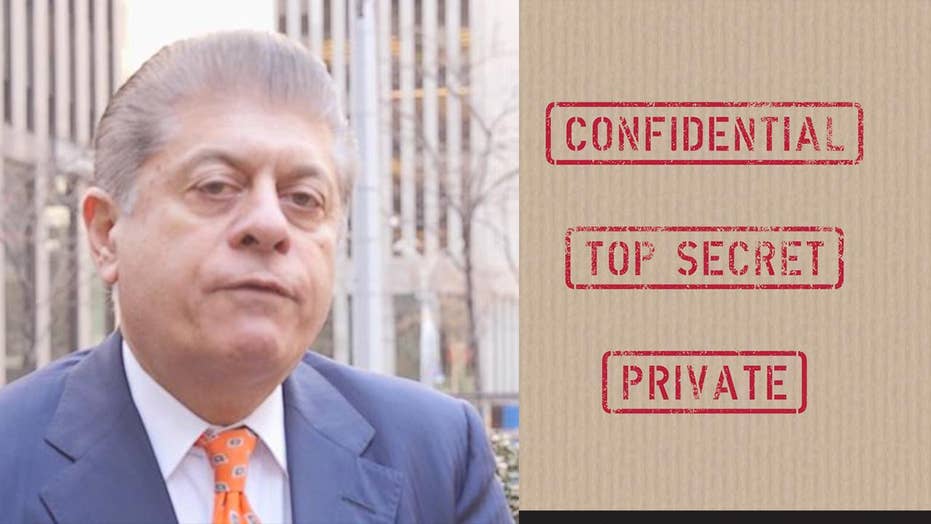 Judge Andrew P. Napolitano asks and answers: 'When can the government reveal top-secret information to the American public?'

I have argued for a few weeks now that House Intelligence Committee members have committed misconduct in office by concealing evidence of spying abuses by the National Security Agency and the FBI. They did this by sitting on a four-page memo that summarizes the abuse of raw intelligence data while Congress was debating a massive expansion of FISA.

Undifferentiated bulk surveillance is the governmental acquisition of fiber-optic data stored and transmitted by nearly everyone in America. This includes all telephone conversations, text messages and emails, as well as all medical, legal and financial records.

The FISA expansion would never have passed the Senate had the House Intelligence Committee memo and the data on which it is based come to light seven days sooner than it did. Why should 22 members of a House committee keep their 500-plus congressional colleagues in the dark about domestic spying abuses while those colleagues were debating the very subject matter of domestic spying and voting to expand the power of those who have abused it?

The answer to this lies in the nature of the intelligence community today and the influence it has on elected officials in the government. By the judicious, personalized and secret revelation of data, both good and bad -- here is what we know about your enemies, and here is what we know about you -- the NSA shows its might to the legislators who supposedly regulate it. In reality, the NSA regulates them.

This is but one facet of the deep state -- the unseen parts of the government that are not authorized by the Constitution and that never change, no matter which party controls the legislative or executive branch. This time, they almost blew it. If just one conscientious senator had changed her or his vote on the FISA expansion -- had that senator known of the NSA and FBI abuses of FISA concealed by the House Intelligence Committee -- the expansion would have failed.

Late last week, when it became apparent that the Republican memo would soon be released, the Department of Justice publicly contradicted President Trump by advising the leadership of the House Intelligence Committee in very strong terms that the memo should not be released to the public.

It soon became apparent that, notwithstanding the DOJ admonition, no one in the DOJ had actually seen the memo. So FBI Director Chris Wray made a secret, hurried trip to the House Intelligence Committee’s vault last Sunday afternoon to view the memo. When asked by the folks who showed it to him whether it contains secret or top-secret material, he couldn’t or wouldn’t say. But he apparently saw in the memo the name of the No. 2 person at the FBI, Deputy Director Andrew McCabe, as one of the abusers of spying authority. That triggered McCabe’s summary departure from the FBI the next day, after a career of 30 years.

The abuse summarized in the Republican memo apparently spans the last year of the Obama administration and the first year of the Trump administration. If it comes through as advertised, it will show the deep state using the government’s powers for petty or political or ideological reasons.

The use of raw intelligence data by the NSA or the FBI for political purposes or to manipulate those in government is as serious a threat to popular government -- to personal liberty in a free society -- as has ever occurred in America since Congress passed the Alien and Sedition Acts of 1798, which punished speech critical of the government.

The government works for us; we should not tolerate its treating us as children. When raw intelligence data is capable of differing interpretations and is relevant to a public dispute -- about, for example, whether the NSA and the FBI are trustworthy, whether FISA should even exist, whether spying on everyone all the time keeps us safe and whether the Constitution even permits this -- the raw data should be released to the American public.

Where is the personal courage on the House Intelligence Committee? Where is the patriotism? Where is the fidelity to the Constitution? The government exists by our consent. It derives its powers from us. We have a right to know what it has done in our names, who broke our trust, who knew about it, who looked the other way and why and by whom all this was intentionally hidden until after Congress voted to expand FISA.

Everyone in government takes an oath to preserve, protect and defend the Constitution. How many take it meaningfully and seriously?