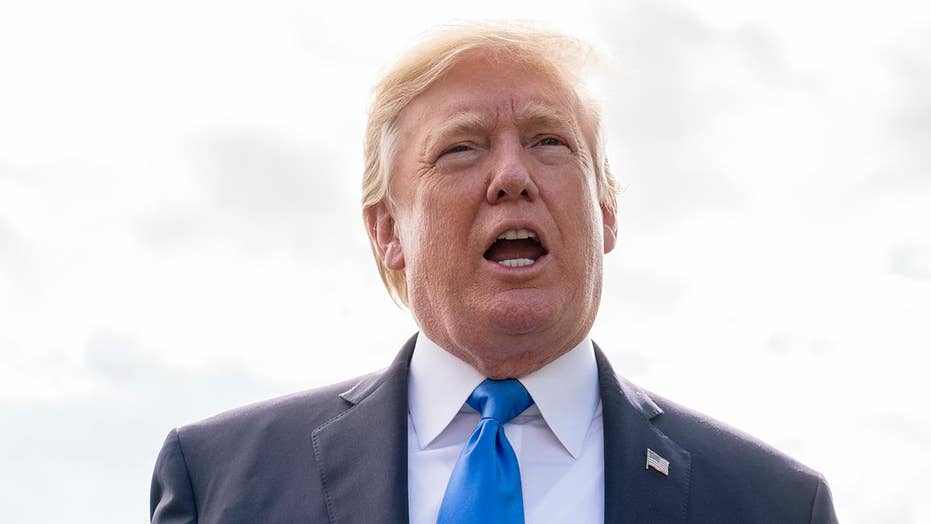 President Trump complains about portrayal in the press

Trump says journalists make him 'more uncivil' than he actually is; reaction from Howard Kurtz, Fox News media analyst and host of 'MediaBuzz.'

Editor's note: This first appeared in The Hill.

Okay, you are covering the White House. What do you do when a retired four-star general who is now White House Chief of Staff tells lies in an on-the-record briefing?

You stick to the facts, and let readers and viewers realize the alarming dereliction of public trust from a high government official.

Then comes a response from Sarah Huckabee Sanders, the White House press secretary.

Let’s review this effort to normalize lying by a White House official.

In a democracy — government by the people and for the people — it is now “highly inappropriate” to tell the truth about a Chief of Staff who tells confirmed falsehoods?

Trump’s appetite for shutting down the free press is a reminder of his open admiration for strong men dictators like Russia’s Vladimir Putin, Turkey’s Recep Erdogan and the Philippines’ Rodrigo Duterte.

That appears to be President Trump’s opinion. He said in the Oval Office this month that it was “frankly disgusting” that the press is “able to write whatever they want to write.”

Clearly the president has an authoritarian bent when it comes to journalism. His latest comments fit with past labeling of straight news reporters as “dishonest,” “scum” and the “enemy of the American people.”

“I hate some of these people, I hate 'em,” Trump said about reporters at a Michigan rally late last year, a month after he won the presidency. “I would never kill them. I would never do that.”

He then paused smiled and joked, “No, I wouldn't. I would never kill 'em.”

But he did direct tirades at straight news reporters covering his campaign and have his supporters turn to curse and threaten them at rallies.

And Trump did ask his Twitter followers: “With all of the Fake News coming out of NBC and the Networks, at what point is it appropriate to challenge their License? Bad for the country.”

A corrupt President Nixon expressed similar thoughts about going after television stations owned by The Washington Post during the paper’s probe into the Watergate scandal.

Trump’s appetite for shutting down the free press is a reminder of his open admiration for strong men dictators like Russia’s Vladimir Putin, Turkey’s Recep Erdogan and the Philippines’ Rodrigo Duterte. Those strongmen limit the freedom of the press and, in some cases, kill and jail journalists.

Earlier this year, Sen. John McCain, R-Ariz., responded to Trump calling the press the “enemy” of the American people by saying that is “how dictators get started.”

Trump, like those dictators, wants to control what the public knows. His goal is to shape reality in order to manufacture public approval of his leadership — which is at an all-time low for a president during his first year.

And as brazen as that strategy is in a country with constitutional protections for freedom of the press, the bigger shock is that it is having some success.

This is especially true among Republicans.

A Vanity Fair/60 Minutes poll from April found 36 percent of Republicans say they believe freedom of the press “does more harm than good.”

Recently, the president called attention to a Politico/Morning Consult poll that found 46 percent of Americans believe the media “fabricates stories” to damage him and his administration. In the same poll, 37 percent said the media does not fabricate and 17 percent said they didn’t know.

Trump’s desire to make the American news media into his version of Pravda — the Russian government’s propaganda sheet — is being criticized even by some on the right.

“This isn’t a game. It isn’t just Trump being Trump. It is a new front in his endless attack on a central pillar of our liberties — a free press,” GOP strategist Rick Wilson, a longtime critic of the president, wrote recently in the Daily Beast.

Bernie Goldberg, a Fox News commentator, wrote this rebuke on his website:

“As with so many things, this president is just plain wrong. Journalists have biases; they make mistakes; sometimes they’re sloppy; and worst of all, sometimes they have a political agenda. But fabricating stories that they know are not true, inventing fake news sources: that is so rare as to be virtually nonexistent.”

Bret Baier, the Fox News anchor and my colleague, said last week that Trump’s criticism of the press is now “way over the top.”

Another colleague, Fox News Sunday host Chris Wallace, said in a separate interview he dislikes media personalities who join Trump in “bashing the media, because oftentimes what they are bashing is stuff that we on the news side are doing.”

As a journalist, I have been critical of President Trump. That has led to Twitter taunting against me by Trump. And then there are the countless racist and hateful comments posted to my social media pages by self-described Trump supporters.

When National Public Radio (NPR) fired me in 2010 for speaking my mind about fear of Muslim terrorism, principled conservatives — even those who disliked me — rose to my defense and called NPR out for their censorship and thug tactics to stifle free speech.

When the Obama administration’s press shop waged a campaign to delegitimize Fox News by excluding it from a White House pool interview in 2009, journalists — even those who didn’t like Fox — stood up and said that was wrong.

If people were outraged by what NPR did to me and what the Obama White House did to Fox, then their principles must dictate that they are similarly outraged by Trump’s treatment of the press.

Recall what President Jefferson wrote in his famous letter to Edward Carrington:

“Were it left to me to decide whether we should have a government without newspapers, or newspapers without a government, I should not hesitate a moment to prefer the latter.”