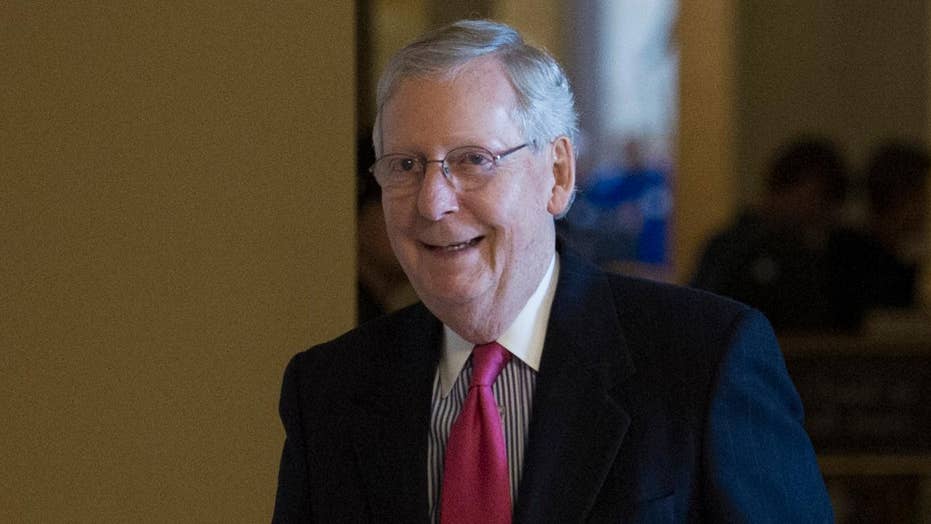 How times have changed on ObamaCare.

A Kaiser Family Foundation poll late last month found that 49 percent of Americans have a favorable view of the Affordable Care Act (ACA), as ObamaCare is officially called, while 42 percent have an unfavorable view. That is the highest level of support the poll has found for the law since the summer of 2010.

And then there is the GOP failure to find a palatable substitute.

Kaiser found that just eight percent of the public think the Senate should pass the GOP House bill being advanced to replace ObamaCare, a bill the Senate is using as the basis for its health care reform plan.

Even President Trump on a visit to Capitol Hill last week reportedly told Republican senators that he doesn’t like the House GOP’s American Health Care Act (AHCA) because it is “mean.”

Seeing Trump jump off the House plan is a very bad sign for Congressional Republicans as they get ready to talk health care with constituents over coming recesses around Independence Day and in August. Even when the president was celebrating the House bill, Republicans faced unruly Memorial Day town hall meetings, with outright protests against their health care proposal.

But Senate Republicans are betting they can do reconstructive surgery on the framework of the unpopular House plan — which the Congressional Budget Office concludes will take insurance away from 23 million people — by making the House bill less “mean.”

They are reported to be looking at increasing subsidies for the poor while providing more time to achieve the far-right goal of doing away with federal guarantees of Medicaid funds to pay medical bills for the poor. The GOP Senate majority also may include special grants to areas hard hit by opioid addiction.

None of this is being done in public hearings. The Congressional Budget Office has not been given a proposal to score. No committees have met.

Senate Majority Leader Mitch McConnell (R-Ky.) is keeping his caucus on board this night train ride by promising bright days ahead. The dawn will bring tax reform that will cut taxes for the rich – another promise the GOP wants to keep ahead of the 2018 midterms. But they can only get there once passage of a health care deal is in the rearview mirror.

So Senate Republicans steam ahead on this night train despite red lights warning of political derailment. Their proposals have not been vetted by their own caucus, the health care industry or their constituents.

The Wall Street Journal’s editorial page buys into the McConnell strategy. It contends the big players know what is in the Senate bill. Also, the paper views Democrats as insincere on the grounds that nothing will please liberal critics except renewal of ObamaCare.

Well, the proof will be in the bill.

Let’s see if the GOP can put a plan before the public that provides medical insurance to more people than ObamaCare and lowers premiums; that offers protections for people with pre-existing conditions; that pays bills for mental health, maternity and drug problems; that does away with yearly and lifetime caps on spending; and that protects young people from being prematurely pushed off of their parents’ plans.

To be clear, it isn’t all 52 Senate Republicans who are on board for these secret negotiations. A working group of 13 arch-conservative men led by McConnell got tickets to ride.

Noticeably not on board are female GOP senators, including the most senior Republican woman in the Senate, Susan Collins of Maine, who has a background as a state insurance regulator. Also excluded was South Carolina Sen. Tim Scott, the only black Republican in the upper chamber, who made his fortune as an insurance executive in the Palmetto State.

This lack of diversity is important because smoke signals coming from the GOP’s private talks appear to include changes to health care law that will disproportionately harm the poor, the elderly, women and people of color.

Polls show the public consistently rejecting the House plan. A Quinnipiac poll earlier this month found 62 percent of voters disapprove of the House bill while just 17 percent approve of it.

Quinnipiac also found that 30 percent of voters say Trump and Congress should not repeal any part of ObamaCare. And 47 percent said they should repeal only some parts of it.

Meanwhile, Democrats are rushing into the town square in advance of the 2018 elections pointing to rising support for ObamaCare. And they are damning the Republicans with charges of hypocrisy.

They point to then-House Republican Leader John Boehner’s (Ohio) epic rant before the Democrats’ pushed through ObamaCare on a party-line vote in 2010.

“Look at how this bill was written,” Boehner fumed. “Can you say it was done openly, with transparency and accountability, without backroom deals struck behind closed doors, hidden from the people? Hell, no you can’t! Have you read the bill? …Hell, no you haven’t! ...Shame on this body!”

But the Republicans of 2017 roll along, even though they are open to the very same charges.

Even if the Senate bill gets 50 votes once the deal is public, it will still have to survive a conference committee with the House Freedom Caucus hardliners.

Is it any wonder the Senate Republicans want to keep their plan secret?