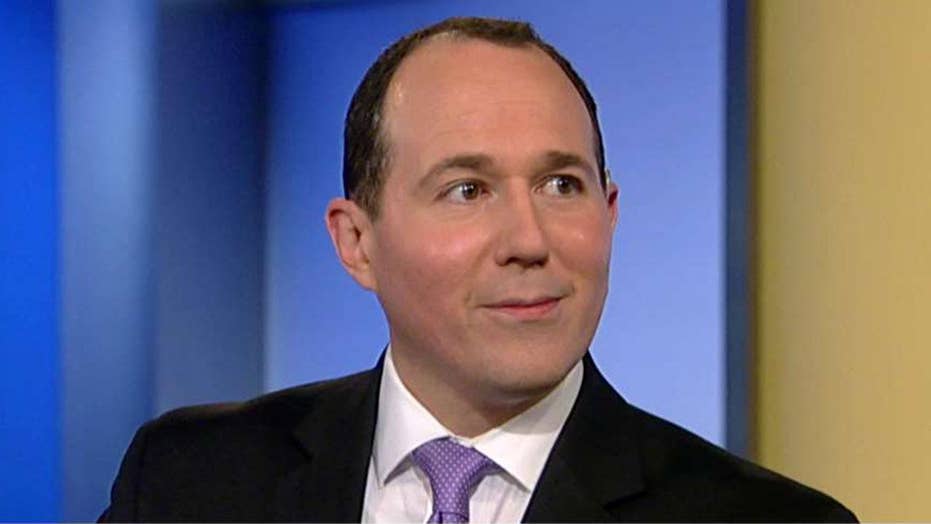 What really is 'politically correct'?

Why does the left keep pushing P.C. culture? Raymond Arroyo breaks down 'Friday Follies' for 'The Ingraham Angle.'

It became known as “The Bloody Morning Scout.”

In 1755, Ephraim Williams Jr., led colonial forces and some 200 Mohawk allies into battle against French and Indian troops near Lake George, New York. But Williams marched into a deadly ambush.

He was killed in the fight, and his troops were driven back, suffering tremendous losses. But history records that those under his command fought bravely and made “a very handsome retreat.”

Today, the college that bears Williams’ name has been ambushed by its own students, and school officials have beaten a hasty and inglorious retreat.

At Williams College in Massachusetts, biology professor Dr. Luana Maroja wrote online last year that she was concerned about student and administrator attitudes regarding free speech. She gathered more than 100 faculty signatures on a petition calling for the school to adopt what is known as the “Chicago Principles,” a statement in favor of free expression developed by the University of Chicago.

More than 60 schools have endorsed this statement, a welcome response to the disrupted events and other nonsense that have plagued universities around the country.

Some Williams students will have none of it. Maroja says that more than a dozen of them barged into a faculty meeting last November holding signs such as “free speech harms” and saying faculty were trying to “kill” the students.

Some Williams students will have none of it. Maroja says that more than a dozen of them barged into a faculty meeting last November holding signs such as “free speech harms” and saying faculty were trying to “kill” the students.

After that, tensions escalated. The College Fix reports that a professor subsequently “threatened violence” if Williams adopted the Chicago statement. All this, because Maroja dared to promote the idea that Williams should maintain a “climate of mutual respect.”

Williams is a private school, so the First Amendment doesn’t automatically apply to institutional activity there as it does on public college campuses. Still, students should expect that the school would want to promote the civil exchange of ideas.

And when discussions devolve into threats of violence, it’s small wonder that students opt to pursue truth via hysterical rhetoric and physical confrontation rather than through discussion and debate.

If you expected the college administration to stand up for free speech and mutual respect, think again. Earlier this week, Williams’ officials waved a white flag and announced the school will not adopt the Chicago statement but draft “speaker invitation guidelines.”

Turning away from principles protecting free speech adds to suspicions that there is a free speech crisis – or worse – at Williams. Last month, the U.S. Department of Education launched an investigation of the college after its student government denied a pro-Israel student group official status.

As activity on campuses around the U.S. in recent years demonstrates, when individuals cannot express themselves without fear of harm, oppressors will threaten – and commit – harm.

These responses are disturbing. Civil society – life in the office, in your neighborhood, at your child’s soccer game – depends on people tolerating those who do not share their beliefs, not trying to silence them through intimidation or violence. The American Dream dies if we live in fear of persecution.

Williams officials should take seriously the threats posed to the next generation of adults that come from limiting the ideas that can be considered on campus. The school should require students to attend sessions on free speech during freshman orientation – and explain that hiding from ideas with which you disagree is a poor strategy for life.

New policies for public universities in Alabama, Arizona, Georgia, North Carolina, and Wisconsin now serve as examples of how to protect everyone’s freedom of expression in a campus community.

These policies affirm the idea that anyone should be allowed to protest or demonstrate in public areas as long as they do not prevent others from doing the same. Moreover, they stipulate that their public universities must be prepared to penalize individuals who silence others.

No, Williams is not a public school. Its trustees and administrators have the right to set whatever campus policies they see fit. But considering how quickly the campus “conversation” on free speech escalated from a discussion of mutual respect to threats of violence, Williams’ students and faculty are right to ask: “Will I be threatened when I speak out on campus? And do I want to live in a place like that?”