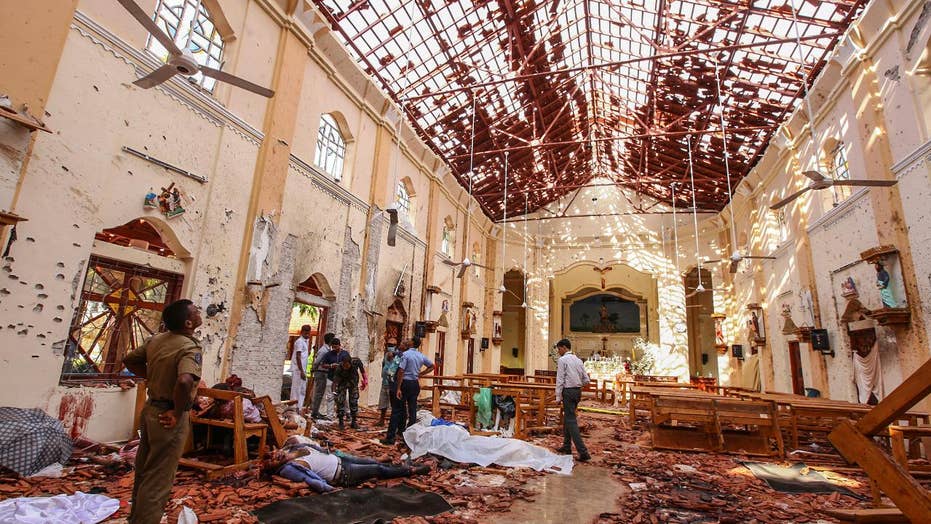 Religious leaders and politicians unite in their shock and condemnation of the bombings in Sri Lanka; Garrett Tenney reports.

On Easter Sunday, a nation that had already seen far too much violence was subjected to even more. Almost simultaneously, suicide bombers hit three churches and three hotels across Sri Lanka, killing more than 250 people and wounding another 500. Before this tragedy slides into the pile of events too far away from America to generate continued attention, it is worth dismantling a few myths that might prevent better preparation for similar attacks in the future.

The first misconception is that the attacks are a continuation of Sri Lanka’s civil war. Yes, the bombings took place in this small, tortured island. Yes, the victims and the likely perpetrators were mostly local. But the audience for, and ambitions of, this assault were almost certainly global.

Even before responsibility was claimed by ISIS, this violence had no obvious connection to the quarter-century of insurgency, war crimes, and terrorism that have afflicted the nation between 1983 and 2009.

The group responsible for the bulk of the nonstate violence, the Liberation Tigers of Tamil Eelam (LTTE) has been extinct for a decade. The manner of its termination might well spark a new round of slaughter someday:

According to a United Nations estimate, perhaps 40,000 people were obliterated in the final five months of the conflict alone – most of them by the Sri Lankan military. But even if the LTTE were to come back from the grave, it would not look like this. An ethno-nationalist movement claiming to represent Tamils of the north and northeast, the LTTE had a well-defined target list (security forces, members of the majority Singhalese community) that bore no relation to the recent assaults.

Another myth links this attack to supposed longstanding religious enmity in Sri Lanka. The country’s civil war was fought between members of different communities – but on ethnic and political grounds, not religious ones. The majority community is ethnic Singhalese, and the LTTE is ethnic Tamil, but the conflict was not based on religion.

The LTTE was always an anachronism: an old-school 20th-century national liberation movement, staggering on into the 21st century.

Most Tamils are Hindu (a significant minority are Muslim), and most Singhalese are Buddhist, but there are significant Christian communities in both groups. Sri Lanka has not been immune to religious violence, but it has tended to come from radical Buddhist militias sometimes led by militant monks.

In 2014, the Bodu Bala Sena – led by ordained monks – instigated anti-Muslim riots that caused several deaths and dozens of injuries. Muslim militias have been both the perpetrators and victims of violence. But Christians have never before been targeted for their faith. When they have killed or been killed, they have done so as Singhalese or Tamils, as civil servants or as insurgents.

A third myth is that this sort of attack couldn’t happen elsewhere. It could – and the fact that it appears to have been directed by ISIS shows that this group is very much a threat throughout the world.

The suicide bombers and local facilitators in the Easter attacks appear to have been associated with the National Towheed Jamaat – a group with no prior history of any action remotely on this scale, and no demonstrated capability to mount such an intricately-planned, ruthlessly well-executed act of mass-murder.

There aren’t a lot of groups with the expertise to carry out an operation like this. ISIS has a history of taking credit for attacks which it has merely inspired – but in this case, there was almost certainly a highly professional external sponsor. ISIS may have selected Sri Lanka this time, but it can be counted on to choose any target of opportunity.

Perhaps the most dangerous misconception is that these attacks were retaliation for the mass shooting of worshippers at mosques in Christchurch, New Zealand. This claim, reportedly made by the suspects in detention, was relayed by Sri Lanka’s Minister of Defense. It may well have been what the suspects said – but it is almost certainly false.

The Easter attacks were far too complex and sophisticated to have been slapped together in the five weeks between March 15 and April 21. Each of the six sites had to be extensively surveilled, logistics arranged, supplies acquired, expert bombmakers trained or brought in. It is not very difficult to kill a dozen people. It is (fortunately) far harder to kill hundreds.

The attackers in Sri Lanka and New Zealand did share a common goal, however – to drive a wedge between Muslims and Christians worldwide, and fuel a cycle of violence between the communities across the globe. Neither group of terrorists represents its coreligionists, but both are willing – even eager – to see those who share their faith kill and be killed for it. By exploding the myths surrounding the Easter attack, perhaps we can make this more difficult for them.