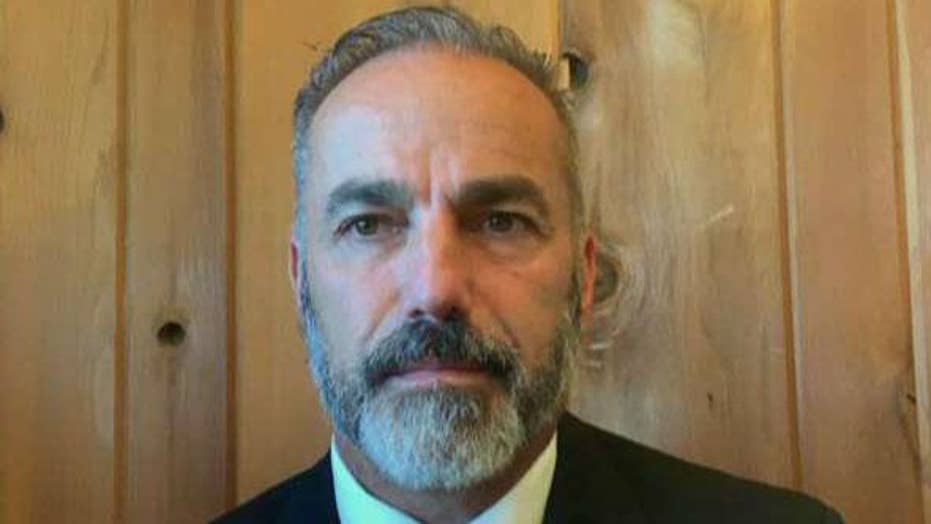 Despite what you might believe from watchin­g television shows or movies, suppressors (commonly known as “silencers”) do not make guns “silent” — unless you consider an ambulance siren or a jackhammer to be silent.

However, as soon as it was clear that the Virginia Beach killer used a noise suppressor on one of his guns last Friday when he killed 12 people, Democrats called for suppressors to be banned. Virginia’s Democratic Gov. Ralph Northam called for a special legislative session to pass a ban.

"Witnesses might not hear. Police will be less likely to track down the shooter," said Sen. Kirsten Gillibrand, D-N.Y., in calling for such a ban. She is seeking the Democratic presidential nomination and advocating stricter gun control measures.

SERVICES BEGIN FOR THE 12 VICTIMS OF VIRGINIA BEACH SHOOTING

Democrats across the board are now demanding bans. Even President Trump, who has been more strongly supportive of gun ownership than any president in decades, promised Wednesday that he would "seriously look" at banning suppressors.

The .45 caliber handgun used in the Virginia Beach attack creates sounds that measure at 158 decibels. The average suppressor reduces the sound by around 30 decibels. But 128 decibels is still very high – virtually the same as peak crowd noise in a stadium. If you use a suppressor in conjunction with earmuffs, you can get the sound down to about 100 decibels, which is about as loud as an average motorcycle.

The common 9mm Glock is even louder, at about 162 decibels.

But just a couple of years ago, Robyn Thomas, executive director of the Giffords Center to Prevent Gun Violence, argued against the health benefits of suppressors. "Silencers do not protect your hearing," she said.

Within two or three hours of the horrifying Virginia Beach attack, gun-control politicians and organizations were calling for more gun-control laws. They didn’t even have time to learn any of the facts.

No one seems to be asking why the Virginia Beach killer used a suppressor. But anyone who has fired a gun at both outdoor and indoor firing ranges will understand the reason. When you are inside a building, the echoes from firing a gun make the sound even more deafening.

The shooter’s use of a suppressor had nothing to do with hiding his shots from others. Indeed, the police were able to find the killer from following the sound of his shots.

The suppressor is just one example of how far the killer went in carefully planning his attack. It can hardly be a coincidence that the attack occurred in a public building where everyone was a public employee and therefore prohibited from carrying a permitted concealed handgun. Unlike all of his law-abiding colleagues, the killer didn’t obey the ban.

By using his employee keycard to access employee-only locations, the shooter gained time to kill more people. He may have correctly guessed that the police would have trouble bypassing the locks to employee-only areas.

By early 2017, about 1.3 million Americans had registered with the Bureau of Alcohol, Tobacco, Firearms and Explosives (BATF) to own a suppressor. For this, the government charges a $200 fee.

These legal owners have been extremely law abiding. In the 10 years from 2008 through 2017, the BATF only recommended an average of 44 suppressor-related prosecutions per year. This means that roughly .003 percent of "silencers" are used in crimes each year.

"Consistent with this low number of prosecution referrals, silencers are very rarely used in criminal shootings," the BATF’s associate deputy director wrote under the Obama administration. "Given the lack of criminality associated with silencers, it is reasonable to conclude that they should not be viewed as a threat to public safety necessitating [National Firearms Act] classification, and should be considered for reclassification under the [Gun Control Act]."

Ironically, despite Europe having generally much stricter gun control regulations than the United States, suppressors are not regulated in many countries (even in France for certain types of pistols).

Within two or three hours of the horrifying Virginia Beach attack, gun-control politicians and organizations were calling for more gun-control laws. They didn’t even have time to learn any of the facts. It turns out that none of the regulations that they called for would have made any difference in preventing the attack, including assault weapon bans or background checks for private gun transfers.

Amidst the mantra of "common sense gun safety laws," a knowledge of guns has never seemed to be a prerequisite for gun-control advocates. They will do what they can to make the facts fit their latest gun-control proposal. But if they actually want to stop attacks instead of scoring political points, they should think about how to let Americans protect themselves. Abolishing gun-free zones would be a great place to start.