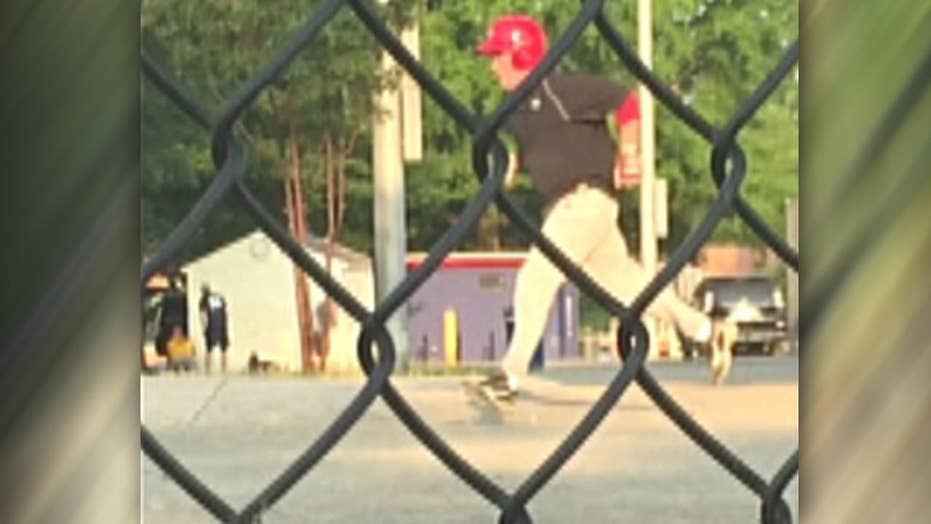 Before the facts were even known about Wednesday morning’s 7 AM shooting in Alexandria, Virginia, gun control advocates were already calling for more stringent laws.

■ Democratic Virginia Gov. Terry McAuliffe blamed the attack on “too many guns” and immediately called for more gun control.

We don’t even know yet whether these laws could conceivably have made any difference in preventing this attack. And Frum is already correcting his posts for misstating Virginia’s gun control laws.

After each mass public shooting, President Obama would call for expanded background checks on private transfers of guns  — even though not one of the shootings would have been prevented by such a law.  Indeed, not a single attack since at least 2000 would have been stopped.

“News” coverage of these events also shows the same knee-jerk biases for more gun control.  Guns are often referred to as “assault weapons” even if they function exactly the same as a hunting rifle.  Nowhere do the news reports mention whether an attack occurred in a gun-free zone. They never examine the thought process of attackers who want defenseless victims.

Reportedly using a large capacity magazine, shooter James Hodgkinson may already have been in violation of Virginia law.  Virginia state law prohibits carrying of a “semi-automatic center-fire rifle . . . with a magazine that will hold more than 20 rounds.”  Hodgkinson and the Capitol police may have together fired between 50 and 70 rounds.

Police man a shooting scene after a gunman opened fire on Republican members of Congress during a baseball practice near Washington in Alexandria, Virginia, June 14, 2017. REUTERS/Joshua Roberts - RTS171O5 (REUTERS)

One thing is clear.  As Rep. Mike Bishop, R-Mich., told WWJ radio in Detroit, “The only reason—the only reason—why any of us walked out of this thing: By the grace of God, one of the folks here had a weapon to fire back and give us a moment to find cover. Because we were inside the backstop and if we didn’t have that cover by a brave person who stood up and took a shot themselves, we would not have gotten out of there and every one of us would have been hit. Every single one of us.”

It is a lesson that we have seen over and over again.  The longer that it takes for a good guy with a gun to arrive on the scene, the greater the carnage.

Since only congressional leadership has personal security, Fox News anchor Jon Scott speculated today that the shooter “did not expect someone to return fire.”

Again and again, we see shooters seeking out defenseless victims. Last year, a young ISIS sympathizer planned a shooting at one of the largest churches in Detroit. An FBI wire recorded him explaining why he had targeted the church: “It’s easy, and a lot of people go there. Plus people are not allowed to carry guns in church. Plus it would make the news.” Fortunately, that ISIS sympathizer was turned in by his father. But during the last couple of years, shooters have made similar statements after attacking a church in Charleston, S.C., a movie theater in Aurora, Colo., and a sorority house in Santa Barbara.

In their desire for decisive action, people often don't stop to consider that gun control proposals may do more harm than good.  Gov. Terry McAuliffe thinks that the problem is the presence of guns, but the plain truth is that every single place in the world with gun bans has seen an increase in murder rates.  One would think that at least one place would see its murder rates stay the same or even fall.  But there have been no exceptions.  That's because law-abiding citizens obey gun control laws while killers don’t.  Bans end up making attacks easier.

During the Obama administration, Europe experienced higher casualty rates from mass public shootings than did the U.S.  Despite having bans even on guns that fire one bullet at a time, France, Belgium, the U.K., and Spain all experienced attacks with machine guns or bombs.

There’s been a lot of talk about prohibiting guns with large-capacity ammunition magazines.  But a gun that can hold a magazine, be it a handgun or a rifle, can hold a magazine of any size. A magazine, which is basically a metal box with a spring, is very easy to make and virtually impossible to stop criminals from obtaining. Legislation in 1994 banned magazines holding more than 10 bullets, but it had no effect on crime rates.

In March 2013, 86 percent of police officers surveyed by PoliceOne, the 450,000-member private organization of police, said that casualties would have been prevented if legally-armed citizens had been able to carry guns in places such as Newtown and Aurora.

Fortunately, the heroic actions of the Capitol police kept any of the shooter’s victims from being killed.  The Alexandria police arrived quickly, reportedly in about 3 minutes, but the attack today shows yet again how important it is for someone to be on the scene quickly with a gun.