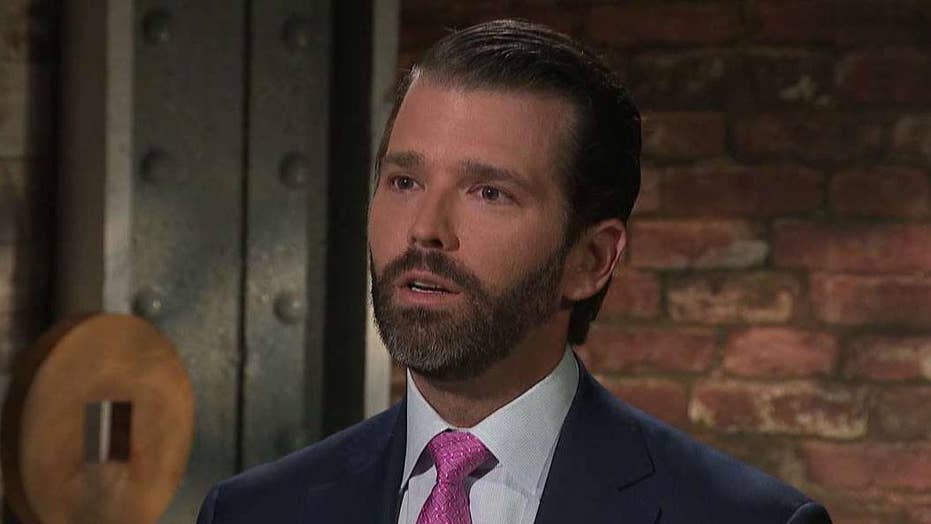 The reporting on Donald Trump, Jr.’s treatment in the Mueller report has been woefully inaccurate.

The president’s eldest son, an outspoken and unapologetic conservative, is a favorite punching bag of the left. For more than two years, liberal journalists and shrieking “#resistance” activists have salivated over the thought of seeing Don Jr. carted off in handcuffs.

To their dismay, there is only one crucial takeaway from the Mueller report’s conclusions about the utterly inconsequential “Trump Tower meeting” between Don Jr., several Russians, and others: neither Don Jr. nor anyone else involved in the meeting was charged with any crime.

JOE DIGENOVA: WITH FULL MUELLER REPORT OUT, TIME TO GO AFTER THE REAL CONSPIRATORS

The reasons are clear. The entire theory about what was potentially illegal about the meeting was speculative and untested. What’s more, even if it were illegal, the report concluded that Don Jr. didn’t have the “willful” intent to break the law that would be necessary to make it a crime.

In their disappointment, Don Jr.’s detractors have latched on to a new theory: that he was simply “too stupid” to be charged with a crime because he didn’t know that his conduct was illegal. 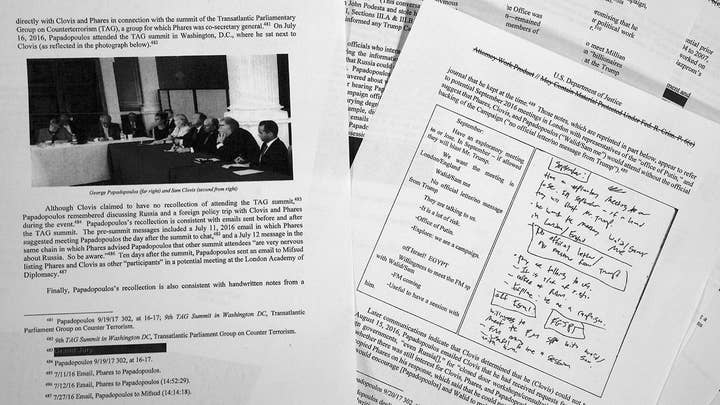 They hang this blatant misconstruction on these words from the report: “the Office did not obtain admissible evidence likely to meet the government’s burden to prove beyond a reasonable doubt that these individuals acted ‘willfully,’ i.e. with general knowledge of the illegality of their conduct.”

That’s not just some minor technicality, absent which Robert Mueller’s prosecutors would have had Don Jr. in shackles while revelers in cat-eared pink hats danced in the streets. It’s a central element of the offense they were investigating, and they decided to clear Don Jr. because without it there is no crime.

One often-used definition of “willful” intent states that it “requires proof beyond a reasonable doubt that the defendant knew his or her conduct was unlawful and intended to do something that the law forbids; that the defendant acted with a purpose to disobey or disregard the law.”

In essence, in order to be charged with conspiring to cheat, you have to have been actually meaning to cheat. That’s the law. Without intent, there is no crime. And Mueller’s team, even his hand-picked Democrat attack dog Andrew Weissmann, knew they didn’t have evidence to convince a jury that Don Jr. meant to circumvent election laws when he typed “I love it” in response to a tangentially-related British publicist’s suggestion the Russian government might have “information that would incriminate Hillary.” Don Jr. even voluntarily released his email correspondence related to that meeting.

But even if there were the requisite intent, the Mueller report still exonerates Don Jr., stating that “the government would likely encounter difficulty proving beyond a reasonable doubt that the value of the promised information exceeded the threshold for a criminal violation.”

Did you catch that?

For the English speakers among you, let me translate that from Weissmann-speak: “This ‘crime’ we thought up as a way to nail Don Jr. is so speculative and unprecedented, we don’t think there’s a court in the land that would let this fly.”

The entire notion of a criminal conspiracy is predicated on the idea that the federal election law’s ban on campaigns taking “contributions” or “things of value” from foreign nationals also applies to “dirt” on opposing candidates.

That’s hardly an established interpretation of the law. In fact, no one has ever been convicted of something similar. If “dirt” is a “thing of value” for campaign finance purposes, that is a dangerously radical innovation with huge potential First Amendment implications.

Personally, I think it’s a completely untenable interpretation, but don’t take my word it. Mueller and his team considered it, as well — and then rejected it as too “difficult to prove” in their report.

I wonder how many of the journalists calling Don Jr. stupid were so certain about this far-fetched legal theory. I further wonder how many of them felt the same way when foreign national Christopher Steele handed the Hillary Clinton campaign a whole dossier of “dirt” on President Trump — at a hefty, agreed-upon price, no less.

It was reckless for the media to promote the Trump Tower meeting as a crime, and it was irresponsible for Mueller’s report to discuss the matter using language that allows people who hate Don Jr. to continue in that delusion.