Imagine someone close to you has a drinking problem. Night after night, he goes out to the bars on wild binges, chugging down 10 to 12 beers a night. But then, in a supreme effort to reform himself, the drunkard cuts his consumption down to a six-pack every night.
He starts boasting of his amazing self-control and good behavior.

That's analogous to President Joe Biden's tall tale that he's one of the greatest paragons of fiscal responsibility in modern times. Here's Biden on Oct. 21 discussing his budgetary record at a White House event.

"Today, my administration announced that this year, the deficit fell by $1.4 trillion -- the largest one-year drop in American history.
"Let me repeat that: the largest-ever decline in the federal deficit."

NATIONAL DEBT SPIKES TO $31 TRILLION, BUT WE CAN STOP IT BEFORE IT NEARS THE ABYSS

Talk about putting lipstick on a pig. Biden's administration has led the federal government in spending and borrowing more money in his first 20 months in the White House than any other president in history. No one else comes close to his record of fiscal recklessness.
Biden is not even halfway through his presidential term, and he's already signed into law federal spending over the next decade that will exceed $4 trillion. 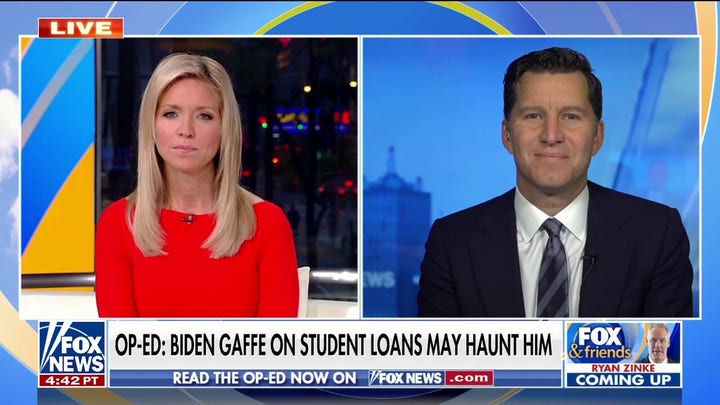 I recently went back and looked at what the Congressional Budget Office baseline for deficits was the month President Donald Trump left office, in January 2021. Then I compared that to Biden's fiscal results so far.

Here's what I found.

Biden has already added just shy of an extra $900 billion to the federal credit in 2020 and 2021. If Biden had simply done nothing and spent his afternoons playing Scrabble with first lady Jill Biden in the Oval Office, our national debt burden would be much lower.

Instead, Biden swooped into office, and even though Trump, in his final weeks, with Congress, enacted a $1 trillion COVID-19 relief bill that hadn't even been spent yet, Biden called for his $1.9 trillion American Rescue Plan. That was merely a massive bailout of blue states that had kept their businesses locked down for nearly a year. 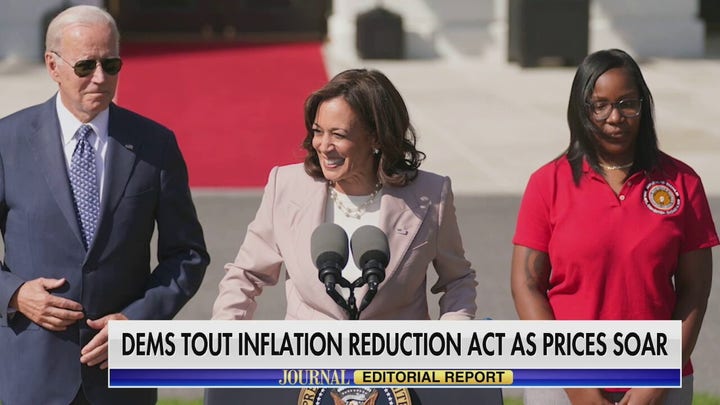 Then came another $1 trillion for the scam "infrastructure bill," which was really the Green New Deal in disguise. It then was followed by a $600 billion corporate welfare bill for microchip manufacturers. Some Republican lawmakers voted for both measures. But it was Democrats only supporting the Biden administration's efforts to bail out student loan borrowers to the tune of $500 billion.

Cha-ching. Cha-ching. Congratulations. No doubt our great-grandchildren will hold you in great esteem, Joe, when they learn that the tax bills they're charged with 50 years from now will be to pay for the Biden budget splurge -- which has produced little except for runaway inflation, windmills, unemployment benefits to scamsters living in Russia and China, and electric vehicle charging stations.

If that isn't disheartening enough, the longer-term official forecast is uglier still.

Thanks to Biden's spending blitz, the debt over the next decade will be larger in every single year with almost $5 trillion added -- more than we spent to fight World War II.

Biden's meeting Monday with Xi was the first time the two have met since Biden became president. (AP/Alex Brandon)

The Biden White House justifies the borrowing blowout by saying that it inherited an economy in free fall. Not exactly. In the second half of 2020, the six months before Trump left office, the economy surged by more than 20%. So far this year, the economy has grown in nine months by an earth-shattering 0.08%. That's the real disaster here, not what Biden inherited.

To add even more insult to this economic train crash, because of runaway inflation under Biden, the Federal Reserve Board has been forced to raise interest rates on federal debt. This has already added yet another trillion dollars to the debt just to pay the interest on the debt that Biden has already racked up.

The total amount of spending reduction to offset the Biden budget blitzkrieg adds up to a fat zero. Nothing is paid for. It's all debt. Tax revenues, by the way, have surged to all-time highs, but they haven't even nearly kept pace with the fire hose of spending.

Biden has turned the Potomac River into a sea of red ink. But sure, he's the No. 1 deficit-cutter of our time.

And if you buy that, you also probably believe O.J. Simpson was innocent.

Stephen Moore is a senior fellow at the Heritage Foundation and an economist with FreedomWorks. His latest book is "Govzilla: How the Relentless Growth of Government is Devouring our Economy."