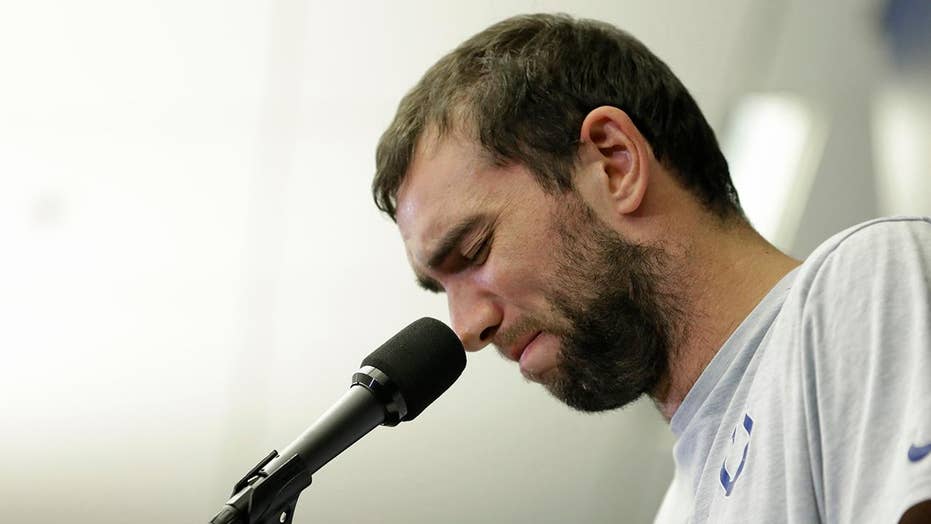 Indianapolis fans booed Luck as he walked off the field for the final time following a preseason game.

The Indianapolis Colts’ franchise quarterback Andrew Luck’s surprise retirement announcement over the weekend sent shockwaves through the sports world. After all, the 2012 first overall draft pick is only 29-years-old and in just his 8th professional season. While he’s suffered a series of debilitating injuries over the past few years, Luck’s always been able to successfully battle back and return to the playing field.

But this past weekend he finally decided that enough was enough.

Speaking at a hastily convened news conference on Saturday night in Indianapolis, Luck lamented the seemingly never-ending cycle of his injuries, likening his plight to feeling trapped. At one point he choked up and had to fight back tears as he explained his rationale for walking away from the game.

“I felt stuck in it,” he admitted. “The only way I see out is to no longer play football. It’s taken my joy of this game away.”

Critics of Luck’s decision have questioned his toughness, tenacity and even commitment. A chorus of boos were heard as Luck left the field at Lucas Oil Stadium following the announcement. He later said he was “hurt” by the reaction.

In a tweet following the press conference, television analyst Doug Gottlieb wrote, "retiring cause rehabbing is 'too hard' is the most millennial thing ever #AndrewLuck."

“What qualifies you to decide how someone should live their life?” the former Dallas Cowboys star asked. “So, you’re now the authority on what motivates Andrew Luck? And if his decisions don’t fit into what you think is best for him then you rip him?” 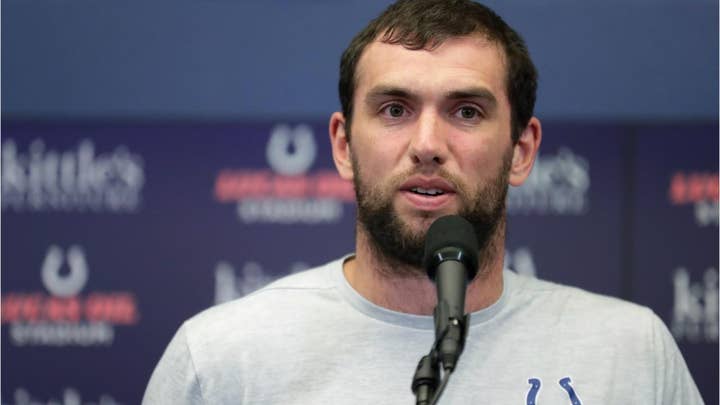 Troy Aikman is exactly right. Today’s public square is filled with outspoken, antagonistic agitators who are quick to criticize others – often people whom they know little or nothing about.

I suspect attitudes about money and happiness are at the heart of much of the public’s incredulity surrounding Luck’s retirement. While the NFL star has already earned nearly $100 million over the past seven seasons, he potentially stood to receive hundreds of millions more over the course of his remaining career.

It’s hard for the average working American to fathom walking away from that amount of cash. But Luck’s calculus behind the decision to call it quits brings to mind the age-old question: How much is enough?

The 20th-century industrialist John D. Rockefeller was once asked that question by a reporter. Without missing a beat, the business magnate responded, “Just a little bit more.”

Most of us will never be faced with having to choose between our health and well-being and hundreds of millions of dollars. But all of us are required to prioritize the many things in life that all the money in the world can’t buy.

Life is very fragile. One of the biggest mistakes people make is thinking that tomorrow will be an extension of today’s circumstances.

I commend Andrew Luck for taking into consideration not only his physical health but also his mental and emotional state. It can be tempting to sacrifice some of those intangibles in exchange for more money or even greater fame. In fact, many people do. Workaholism is a modern-day plague, often rooted in the lie that more money will lead to increased joy and happiness.

Over 30 years ago, I was offered a lucrative promotion with my employer at the time, a well-known paper company. The new salary promised to allow my wife and me to live more comfortably than we ever had before. At the very same time, I was invited to join Focus on the Family, a Christian ministry. The salary would be significantly less.

Jean and I prayed about it and determined we were being called to the ministry position. My boss at the time was angry and called me a fool. The three decades since have shown it was the right decision for us. Jean and I just celebrated our 33rd wedding anniversary, and we couldn’t be more grateful.

The cynic might suggest that Luck’s decision was ultimately inconsequential. After all, he’s a millionaire now and thanks to his lucrative contract and assumed investing, will remain a multi-millionaire in the years to come.

Yet, Luck’s very public decision should nevertheless serve as both a reminder and a warning. Life is very fragile. One of the biggest mistakes people make is thinking that tomorrow will be an extension of today’s circumstances.

Life is uncertain and fleeting. The weekend was fun – maybe you grilled out on the deck with friends and celebrated your wife’s birthday with cake and presents. Lots of laughter. But then you woke up with a headache, popped a pill and wondered why the pain didn’t go away. A few weeks go by and you finally decide to go see your doctor, who sends you to another doctor until you find out it’s a serious condition. In an instant, your life is turned upside down.

You wish you could write a check for the cure, but you can’t.

Andrew Luck and his wife, Nicole, are expecting their first child next year, a development that may have contributed to his decision to walk away from the game he’s loved and excelled in all his life. I don’t think he’ll regret his decision.

As a friend of mine once said, if you want to know how rich you really are, just add up all the things you have that money can’t buy and all the things death can’t take away.