In the midterm elections many states carried initiatives on the ballot. From marijuana laws to California’s gas tax increase, here are some of the states that passed new measures and what they mean.

I was actually on Fox News Channel on Election night when the channel’s Decision Desk called the House of Representatives for the Democrats. What fortuitous timing!

Anchor Martha MacCallum asked me how I felt and “I’m so relieved” came flying out of my mouth.

Relief was the overwhelming sentiment I heard from my fellow Democrats about Tuesday’s midterm election results. Just like in 2016, the exit polls looked good for us: Health care was the number one issue by miles and Democrats have led on the issue by double digits for months.

Guns were the fourth most important issue, another winner for my party. 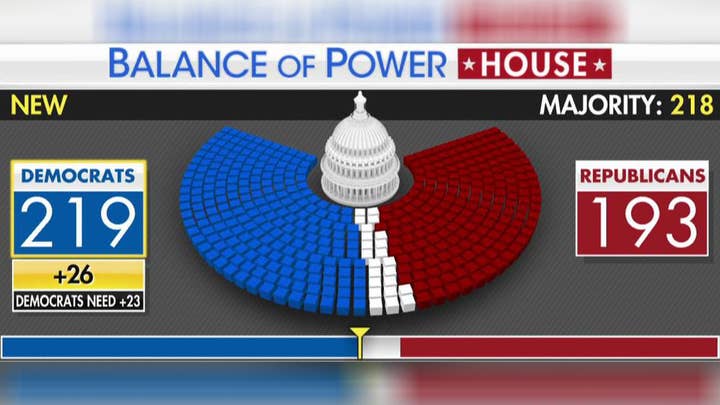 Nearly half of voters thought Trump’s immigration policies were too tough and that the new tax law has had no impact on their personal finances.

Looks like the making of a good night. But history has told us to be cautious and rightfully so as we ended up losing more Senate seats than planned and very emotional gubernatorial races in Florida and Ohio. Although holding on to Tester’s seat in Montana on Wednesday was a senate silver lining, losing three of our red state senators was a tough pill to swallow.

Despite those losses, which are tough to stomach, Democrats accomplished a tremendous amount last night. We flipped at least 29 House seats, seven governors’ seats, one Senate seat, four GOP super-majorities in state legislatures were broken, an astounding 330 state legislative seats and three state Supreme Court seats were flipped, too.

We did this by campaigning on our values of equality and diversity. Just look at who we elected:

Since Trump’s election, thousands of stories have been written about the political mobilization of women whether running for office, getting involved locally, marching, phone banking or even just dressing their babies up as Supreme Court Justice Ruth Bader Ginsburg aka “RBG” for Halloween.

Unlike 2016, female voters did not let us down on Election Day. White women broke evenly between Democrats and Republicans whereas 55 percent of them had supported Trump in 2016. And overall, 59 percent of women backed Democrats. And they propelled a spate of female candidates to higher office.

Nineteen of our 29+ House seats are held by women. And we expanded the number of female Democratic governors from two to at least six with wins by Laura Kelly of Kansas, Janet Mills of Maine, Gretchen Whitmer of Michigan, and Michelle Lujan Grisham of New Mexico.

Trump’s backing surely helped in key Senate races like Indiana and Missouri. That’s undeniable. But it should also be noted that at least 32 Trump backed candidates lost last night. That’s not a small number.

Leading Democratic figures have been telling us for months what was at stake Tuesday and Democrats showed up to ensure that social security is safe, Medicare is safe, the ACA is safe and that there will be no more tax cuts for the one percent.

We will now have a better chance at fair redistricting. Voters in six states approved proposals to protect victims of crimes. One and a half million Floridians who were convicted felons will now have their right to vote restored. The minimum wage is going up in Arkansas and Missouri. Three states expanded Medicaid. The legalization of marijuana continues across the country.

We voted our values on Tuesday and it paid off. Rest assured we will continue to fight over the next two years until we take back 1600 Pennsylvania Avenue, too.