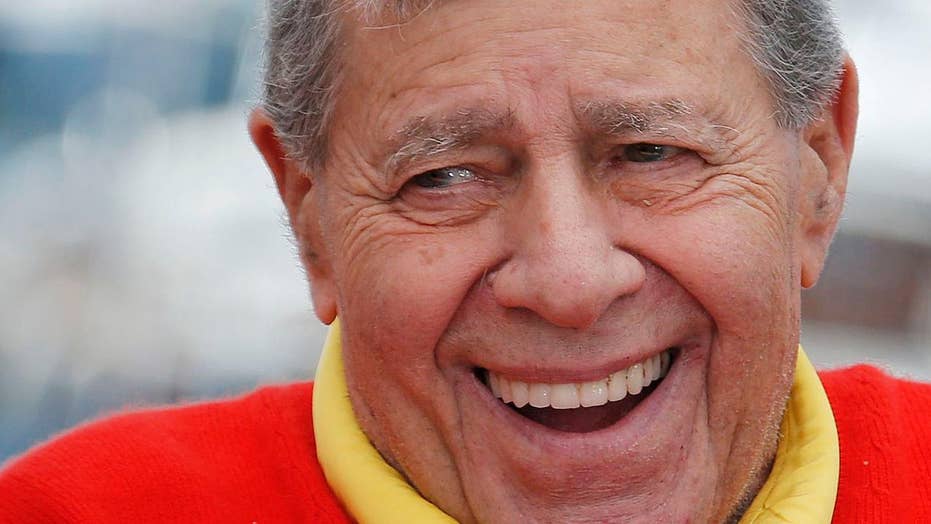 Legendary comedian Jerry Lewis has passed away at 91. A look back at his life and career

Think of Charlie Chaplin. Or Laurel and Hardy. Or Groucho Marx.  You don’t think of a particular movie, you think of the classic characters they created. Each of them developed something that was bigger than any single film, someone who could live on in our imaginations.

Jerry Lewis, who just passed away, was perhaps the last in a line of such great clowns. He created an indelible character—a sort of outlandish man-child who couldn’t be controlled, not even by the laws of physics.

His was a meteoric rise to fame. At the age of 20 Lewis teamed with Dean Martin and they went straight to the top.  From 1946 to 1956, there was no part of show biz they didn’t conquer—nightclubs, recordings, TV, movies.  The duo starred in 16 features, and the audience couldn’t get enough of them. They were still at the top when they split up.

Jerry Lewis was old school—and a great school it was—where you created your character and refined it over the years, exploring it in whatever medium you were attempting.

Dean went on to his own sort of fame, while Jerry got more involved in the making of his films, often writing and directing.  Some of the results — "The Bellboy" (1960), "The Nutty Professor"(1963), "The Patsy" (1964)—show not just a great comedian in action, but a director with a distinctive, imaginative and somewhat surrealistic style.

He had a falling off in popularity in the late 1960s. This was probably inevitable—when your character is childlike, and you rely on physical comedy, it can be tough when you hit your 40s. But he continued to work, even proving his dramatic bona fides, holding his own with Robert De Niro in Martin Scorsese’s "The King Of Comedy" (1982).

Some people dismiss Lewis as just another tiresome slapstick artist, but if that were true, he would have burned out quickly, instead of being a beloved figure up to his death.

He stayed on top because, first and foremost, he was a unique talent. He could take a fall, twist himself into a pretzel, or just look at someone funny. He could also talk funny—straight lines could get a laugh when he said them. He could even sing and dance funny.

And if we dig a little deeper, we can see he wasn’t just a guy who fell down a lot, or did double takes. At his best, his character mixes a guileless sweetness with a devilish sense of anarchy. And, continuing the comic conflict, there’s some love in there (especially when Dean is around) mingled with not a little rage.

Today, we have comic actors. There’s nothing wrong with that, but it’s not really the same thing. They tend to play the role given, maybe adapting it somewhat to their personality. Jerry Lewis was old school—and a great school it was—where you created your character and refined it over the years, exploring it in whatever medium you were attempting.

Jerry Lewis was a lot of things. A movie star. A humanitarian who fought tirelessly against muscular dystrophy. Even, some would say, a loudmouth egomaniac.

But most of that will fade away. What will remain is the enduring comic figure he created. When you lose someone like Jerry Lewis, the only thing you know for sure is he can never be replaced.