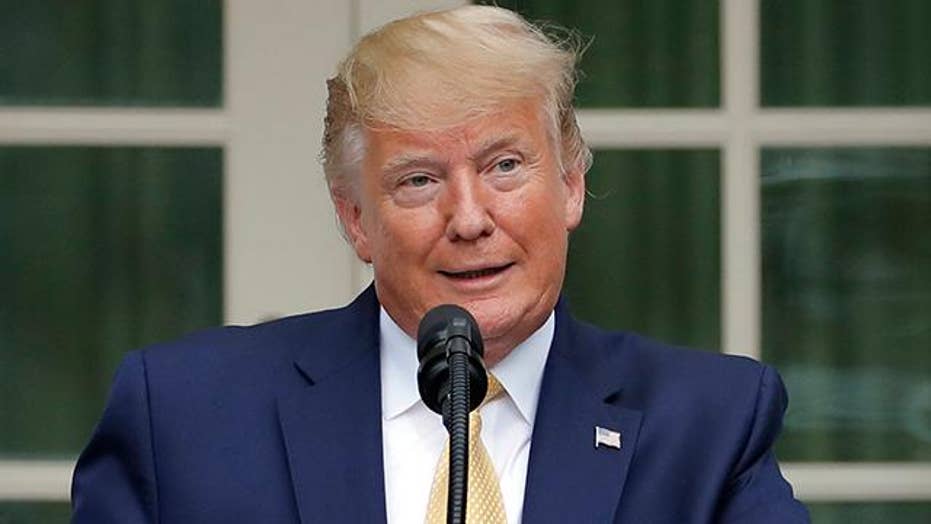 Democrats thought they had scored a historic victory with their cynical ploy to run out the clock so that the Trump administration wouldn’t have time to add a citizenship question to the 2020 U.S. census.

The opponents of the census question perverted the American legal system in order to get what they thought they wanted – and President Trump just turned their efforts into a giant “own goal.”

TRUMP, 'NOT BACKING DOWN' IN EFFORT TO COUNT CITIZENS AMID CENSUS FIGHT, ANNOUNCES EXECUTIVE ORDER

With the executive order that the president announced Thursday from the Rose Garden alongside Attorney General Bill Barr, the American people are going to have more information about citizenship and the illegal alien population than ever before, all collected and reported in one place. The EO instructs every federal agency to hand over to the Commerce Department any information they collect on citizenship, along with any other data that the Secretary of Commerce determines is necessary to paint a more complete picture of the situation.

This all started with a fight over a single item on the Census questionnaire – “are you a U.S. citizen?” It’s been included many times before, going back all the way to 1820, and wouldn’t even be controversial if not for the extreme, deranged resentment that the left harbors toward President Trump and his administration. But the real issue was always about letting the federal government conduct an accurate tally of just how many citizens and illegal aliens reside in our country.

All roads lead to Rome, though. The president’s new directive is going to accomplish what the Democrats and left-wing open-border activists were hoping to prevent with their lawsuit against Commerce Secretary Wilbur Ross.

They thought they prevailed in court on a technicality, but as Attorney General Barr explained from the Rose Garden on Thursday, the administration is still clearly in the legal right. The Supreme Court unanimously affirmed that the question itself is indisputably constitutional. Five Justices took issue with the manner in which the question’s reintroduction was justified by the government, but only the four liberals thought the reason given was actually insufficient.

This was a fixable setback. Given enough time, the procedural mess could have been cleared up. But time wasn’t on the administration’s side, as the liberals behind the lawsuit were well aware. Long before the matter could possibly work its way back up to the Supreme Court, the government would have to start printing the 2020 Census forms in order to get them out in time to meet the constitutionally-mandated deadline.

The question’s opponents won that particular battle by running out the clock, but they still lost the war. The federal government already collects limited data on America’s growing illegal alien population through the annual American Community Survey, which does include the citizenship question, and that information is now going to be augmented by the full weight of federal data collection.

This is the result that Americans wanted – only an extremist minority actually thinks we don’t have a right to know whether the people who live in this country are U.S. citizens. A poll on the Census question found two-to-one support – including 55 percent support among Hispanic Americans – for including the citizenship question. The courts sided with the small minority of open-borders activists over the will of the American people, but President Trump has set things right with his executive order.

One way or another, Americans are going to find out whether it’s really true that the illegal alien population has somehow stayed at 11 million for decades despite the hundreds of thousands of new illegal immigrants who cross the border every year, or whether researchers at Yale and MIT were correct when they determined that there are actually between 16.5 million and 29.1 million illegal aliens residing in our country.

The experts at the Commerce Department know what they’re doing, and with the help of the new data President Trump just ordered, they’re going to find the information that the citizenship question’s opponents are so desperate to hide. This time, there’s little they can do to stop it.