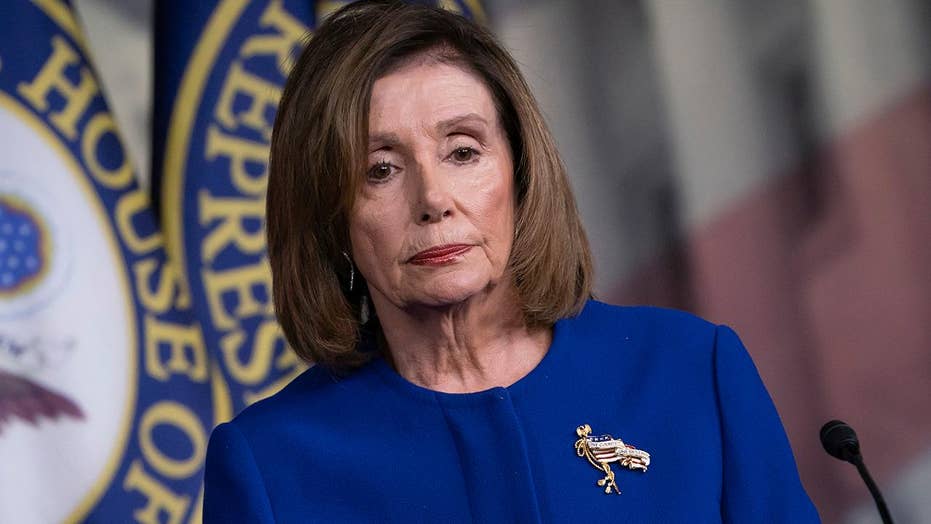 Pelosi announces she is ready to move impeachment articles to Senate

House Speaker Nancy Pelosi, D-Calif., made the right decision Friday by announcing she will take steps next week to send the Senate two impeachment articles the House adopted in December against President Trump, allowing his Senate trial to begin.

Pelosi and other Democrats who led the successful drive that led the House to impeach Trump did a masterful job building a case to remove a president who often brings ignominy upon his office and is a national security threat because of his dishonesty, ignorance, noncompliance with government protocol, and brazen defiance of congressional oversight.

Trump has made clear he thinks he can ignore Article I of the Constitution, and can do anything to advance his reelection chances. And he’s done just that.

The President brags about improper actions that other presidents would try to hide, such as his “perfect” call pressuring the president of Ukraine to produce dirt on former Vice President Joe Biden, a possible Democratic nominee for president. The president even told reporters on the White House lawn that China should also investigate Biden and the former vice president’s son.

Barring an unforeseen political miracle, there’s no chance that Trump will be convicted in the Senate and removed from office. Even if all 47 Democrats and allied independents in the 100-member body vote to remove Trump, they would need to pick up the support of 20 Republican senators to convict him.

So far no Republicans in the Senate have come out favor of Trump’s removal as they stand united behind him, putting party loyalty over their duty to support and defend the Constitution.

At most – and this an extremely unlikely scenario – a handful of GOP senators could conceivably vote for Trump’s conviction. But 20 is mathematically impossible.

Senate Majority Leader Mitch McConnell, R-Ky., has stated openly that he has no intention of honoring his oath to judge Trump impartially in an impeachment trial. So has Senate Judiciary Committee Chairman Lindsey Graham, R-S.C. Both Republicans have said they will do everything needed to make sure Trump is acquitted, and want to prevent the introduction of new evidence or testimony of witnesses at the impeachment trial.

By delaying transmittal of the articles of impeachment to the Senate up to now, Pelosi has succeeded in calling attention to the Republican bias in favor of Trump and McConnell’s refusal to allow fact witnesses at the impeachment trial.

A trial without witnesses is like a restaurant without food or a car without an engine– it’s missing the most important element.

But McConnell is refusing to allow witnesses at this time, claiming it is too early to consider this issue. In reality, he never wants witnesses to testify, for fear they will hurt the president with their testimony – as Ambassador to the European Union Gordon Sondland did in the House impeachment inquiry.

This refusal exposes Republican hypocrisy. During House impeachment hearings, GOP defenders of Trump complained that all witnesses offered only secondhand hearsay evidence about wrongdoing by Trump. But Trump refused to allow firsthand witnesses with direct knowledge of his actions to testify, saying he needs to uphold the right of future presidents to communicate confidentially with their subordinates.

Now most Senate Republicans are supporting Trump in this refusal. Talk about situational ethics.

This duplicitousness from congressional Republicans makes now the perfect time for Pelosi to transmit the two articles of impeachment to the Senate.

Republicans have complained that Pelosi’s holding of the articles of impeachment up to now was somehow unprecedented and have argued for following the same format as the Senate impeachment trial of President Bill Clinton. There charge against Pelosi is simply not true.

And back in 1999, Lindsey Graham – then a member of the House – argued for “meaningful witnesses” during Clinton’s trial, claiming that excluding them would “change impeachment.” This is exactly the opposite position Graham holds today. It would be great to see a “debate” featuring old videotapes of Rep. Graham arguing for witnesses, against current Sen. Graham arguing against calling them.

Pelosi’s holding of the articles of impeachment until now has had some other serendipitous outcomes as well. The president’s recent questionable foreign policy decisions and lack of transparency with members of the Senate have caused a few Republicans to break ranks, feeling disrespected by the White House.

While there are not 20 Republican votes in the Senate to convict Trump, only a simple majority vote of 51 senators would be needed to overrule McConnell and call witnesses – meaning only four Republicans would need to break ranks. This is a possibility, and Pelosi’s delay in transmitting the impeachment articles has increased pressure on a handful of Republicans to support hearing from witnesses.

And even if Senate Republicans deny witness testimony, nothing should stop Democrats from issuing subpoenas and having witnesses testify before the House.

No matter how much spinning they do, Senate Republicans are having a hard time justifying their refusal to hear from witnesses at a Trump impeachment trial. A Morning Consult poll in December found that 54 percent of voters believe the Senate should call witnesses to testify in such a trial.

A trial without witnesses is like a restaurant without food or a car without an engine– it’s missing the most important element.

Even McConnell is facing the pressure to conduct a trial the way any person with basic legal knowledge knows trials should be conducted: with witnesses. McConnell is facing potentially the most difficult election challenge of his long career in November from retired Marine Amy McGrath.

If Bolton is allowed to reveal important information, he will expose McConnell’s efforts to suppress witness testimony as the cover-up that it obviously is. McConnell is already the most unpopular senator. If his blind loyalty and servile obedience to Trump leads to his defeat for reelection it will be a cause to celebrate for Democrats.

By transmitting the articles of impeachment next week, Pelosi will appear to have adhered to the Clinton precedent. She has won at every stage of this process by showing restraint when necessary. Now she has won again.

Trump’s stonewalling, his utter disrespect for members of Congress and his obstruction of their oversight duties has now become so extreme and unprecedented it is even disturbing some in the GOP.

While an impeachment trial won’t end with Trump’s removal from office, it will expose his improper conduct in greater detail to the American people, hopefully convincing voters to cast ballots for the Democratic candidate for president in November.

The message of the American people to Trump at that point would be clear and reminiscent of a TV show he is quite familiar with: “You’re fired!”