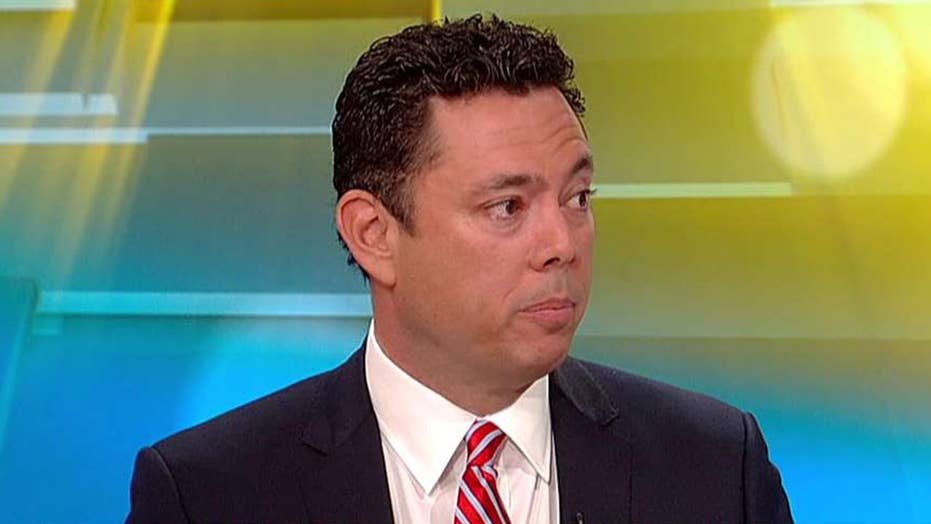 There is a concerted effort to protect Barack Obama and bring down President Trump, the Fox News contributor and author of 'The Deep State' says on 'Fox & Friends.'

With each successive batch of text messages released between then-FBI agent Peter Strzok and then-FBI lawyer Lisa Page, the evidence supporting a politically motivated Deep State within the federal government spills out into the open.

Based on my own experience, this particular set of text messages is the tip of the iceberg. While serving on the House Oversight Committee, I saw firsthand how those in control of our bureaucracy brazenly abuse their power – spying, manipulating and misleading – in an effort to perpetuate their stranglehold on the government.

What I witnessed and wrote about in my new book –“The Deep State: How an Army of Bureaucrats Protected Barack Obama and is Working to Destroy the Trump Agenda” – was a bureaucracy that allowed agencies to become weaponized in the service of political battles.

In the beginning, that meant protecting President Obama by using federal power to target political opponents or by covering the tracks of the corrupt or incompetent within his administration. By the time I left Congress, the Deep State’s focus had shifted to thwarting the administration of the newly elected President Donald Trump.

My first run-in with the Deep State happened weeks after the Benghazi terrorist attacks of September 11, 2012. In an encounter highlighted in my book, I went face-to-face with a lawyer sent to Libya by Hillary Clinton’s State Department to act as a spy and ensure I did not ever get to the truth of what happened on that tragic night.

When I refused to allow this State Department lawyer to participate in a briefing for which his security clearance was insufficient, he immediately called Clinton Chief of Staff and fixer Cheryl Mills to demand entrance to the meeting. His real purpose was to intimidate witnesses from being candid with a congressman.

I won that battle and got the information I sought. But the effort to speak to witnesses, review documents, and debunk the ridiculous and false narratives told by political appointees and perpetuated by their Deep State allies was an uphill battle.

Even with a select congressional committee empaneled to investigate, Congress was never able to pry from the Deep State many of the documents that would have confirmed or refuted the damning testimony of Benghazi’s heroes.

Spying is just one trick up the sleeves of politicized bureaucrats. Powerful senior staffers with authority to classify, resist disclosure, and subvert oversight have perfected other strategies to avoid transparency and accountability.

In reality, many of those pages will either be fully redacted, duplicates of other pages, or irrelevant to the investigation.

The media then dutifully report that the agency has turned over thousands of pages – yet the public gets no answers. Meanwhile, the documents that would actually tell the American people the truth never see the light of day.

Misleading the public about the nature of documents sought either by Congress or through Freedom of Information Act (FOIA) requests is another art the Deep State has perfected. Agencies employ lawyers specifically to find reasons to withhold documents.

In one May 2014 hearing, a TSA sensitive security information director testified that upon being hired, attorneys and FOIA processors trained him to hide information.

The director testified that he was told: “If you come across embarrassing information or whatever, (the chief counsel) will just hide it and come up with an exemption; because if you cover it with a FOIA exemption it’s so hard for the other person to challenge it, and it will be costly and difficult for them to challenge it, and they’re probably never going to see it anyway, so you just get away with it. That’s the way it’s done.”

There are solutions, which I outline in my book. But before we can address solutions, we have to acknowledge the problem.

The Deep State is not just a conspiracy theory. No less than our very system of separation of powers and checks and balances is at stake.

While we still have a president willing to check Deep State power, we must act to stop those who are part of the Deep State from undermining the most successful government in the history of the world.