Thursday afternoon, the president plans to roll out his master plan for immigration and border security reform. Administration officials have briefing on the plan for weeks so the news won’t be what’s in the plan. Still, this could be a historic day. For over a decade, Washington has utterly failed to address these issues. Thursday could be the start of a turnaround.

It won’t be easy. Every combination of Democratic and Republican leadership so far has fallen flat on its face trying to fix the problem. The question is, why?

There’s no reason for it. Americans are in about 80 percent agreement on what we want the government to do. The problem is that Washington has always come at the problem by insisting any solution start with compromising on the 20 percent we don’t all agree on. Everything had to be tied up in a big comprehensive ObamaCare-like bill that started with delivering amnesty and then promising to fix everything else on the backend.

This hostage-taking legislative strategy failed – and with good reason. Americans were smarter than that.

First of all, we’ve seen that play before, as part of the 1986 Immigration Reform and Control Act. The U.S. gave legal status to more than three million illegal immigrants in return for … well, nothing. Americans got neither real immigration reform nor control of the border.

Fast forward to 2019, and the illegal immigrant population is four times bigger. The border is more chaotic than ever. 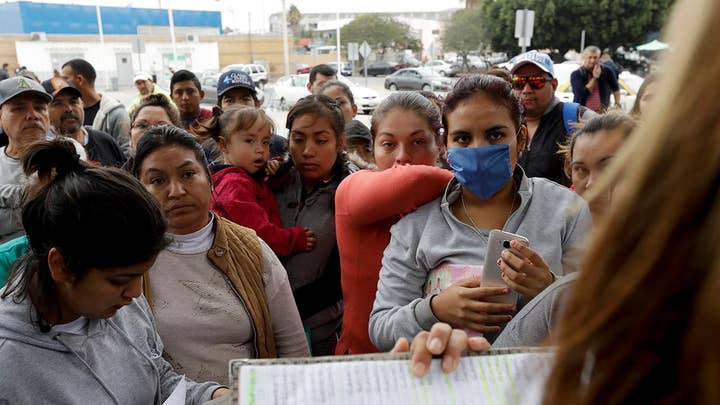 Second, this approach doesn’t deliver at the front end what most Americans want. Put simply, they don’t think they should have to bear the fiscal burden of mass illegal immigration.

Americans don’t like the risks to their physical safety that flood across the border, from opioid drugs to gang-bangers.

The big takeaway for the president as he readies to deliver his big speech is: Don’t start with what doesn’t work. Don’t give us yet another comprehensive bill tied together with every special interest and unforgivable compromise. Don’t put amnesty on the table.

Instead, start with the 80 percent most Americans want. Secure the border. Make our immigration laws work. Enforce them. Deliver meaningful immigration reform – reforms that make the right to join the American community based on merit.

The administration plan has the right pieces, from border and immigration enforcement to moving to a merit-based immigration system. The president ought to get a lot of credit for demanding his team do a deep-dive and come up with realistic and actionable means to address the 80 percent of the problem we all want to be fixed.

For once, I will agree with the president when it comes to “fake news.” A recent hit piece in The Washington Post that suggests that the administration didn’t do its homework surely qualifies. What seems more likely is that some of those briefed didn’t get all the answers they wanted, so they were happy to grumble to Post reporters.

This looks like a real plan – not one designed to make every senator happy but definitely designed to appeal to the majority of Americans who want practical action we can all get behind.

Now the challenge is twofold.

First, sell the plan to the American people. Most of Washington remains wedded to the old way that has failed time and time again. Meanwhile, the left has moved even further to the left.

They say they aren’t for open borders but they don’t want to secure the border. They want to abolish the agency that enforces immigration law. They want mass amnesty. They don’t want to fix the loopholes that allow the undeserving to exploit the refugee process.

Trump is offering Americans a real alternative. He needs to take the time and effort to make that choice clear to Americans.

Second, implement the plan. Sadly, the prospects for a bipartisan groundswell of politicians who will embrace sensible solutions is zero. That’s OK. Washington will change its tune if the American people make clear that the 80 percent solution is where they want to start.

To deliver what America wants, Trump will need to move deliberately, advancing each component of the plan in its own lane – resisting the temptation to try solve it all in one big bundled tied with the compromise called amnesty.

“The simple truth is that we’ve lost control of our own borders,” President Reagan once said. “No nation can do that and survive.” That’s how high the stakes are. Let’s get to work.