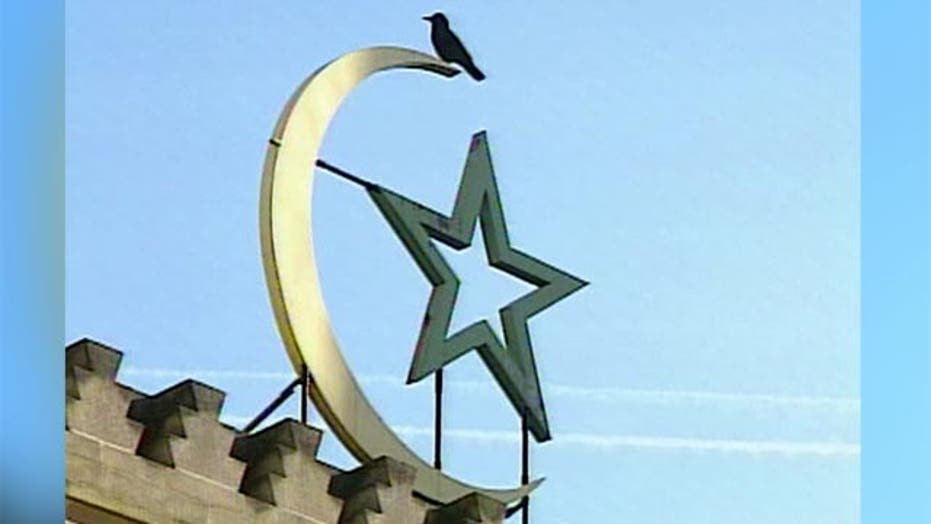 In London last week, two Muslim men shouting jihad’s ancient war-cry, “Allahu Akbar” beheaded a British soldier with a cleaver—in a busy intersection and in broad daylight.  They boasted of their crime in front of passersby and asked to be videotaped.

As surreal as this event may seem, Islamic beheadings are not uncommon in the West, including the U.S.

In 2011, a Pakistani-American who helped develop “Bridges TV”—a station “designed to counter negative stereotypes of Muslims”—beheaded his wife.

In Germany in 2012, another Muslim man beheaded his wife in front of their six children—again while hollering “Allahu Akbar.”

Beheading non-Muslim “infidels” in the Islamic world is especially commonplace:

In Yemen a “sorceress” was beheaded by the “Supporters of Sharia”;

In Indonesia, three Christian girls on their way to school were beheaded; in Syria last Christmas, U.S.-supported rebels beheaded a Christian man and fed his body to the dogs;

Most recently, a disturbing video surfaced from “liberated” Libya of a machete-wielding masked man hacking at the head of a captive—again, to cries of “Allahu Akbar!”

But the greater lesson of the London beheading concerns its audacity—done in broad daylight with the attackers boasting in front of cameras, as often happens in the Islamic world.

It reflects what I call “Islam’s Rule of Numbers,” a rule that expresses itself with remarkable consistency:  The more Muslims grow in numbers, the more Islamic phenomena intrinsic to the Muslim world—in this case, brazen violence against “infidels”—appear.

In the U.S., where Muslims are less than 1% of the population, London-style attacks are uncommon.  Islamic assertiveness is limited to political activism dedicated to portraying Islam as a “religion of peace,” and sporadic, but clandestine, acts of terror.

In Europe, where Muslims make for much larger minorities, open violence is common. But because they are still a vulnerable minority, Islamic violence is always placed in the context of “grievances,” a word that pacifies Westerners.

With an approximate 10% Muslim population, London’s butchers acted brazenly, yes, but they still invoked grievances. Standing with bloodied hands, the murderer declared: “We swear by almighty Allah we will never stop fighting you until you leave us alone…. The only reason we have done this is because Muslims are dying by British soldiers every day.”

Grievances disappear when Muslims become at least 35-40% of a nation and feel capable of waging an all-out jihad, as in Nigeria, where the Muslim-majority north has been terrorizing Christians—bombing hundreds of churches and beheading hundreds of infidels.

Sudan was an earlier paradigm, when the Khartoum government slaughtered millions to cleanse Sudan of Christians and polytheists.  Historically Christian-majority Lebanon plunged into a deadly civil war as the Muslim population grew restive.

Once extremists become the majority, the violence ironically wanes, but that’s because there are fewer infidels to persecute.  And what infidels remain lead paranoid, low-key existences—as dhimmis—always careful to “know their place.”

With an 85% Muslim majority, Egypt is increasingly representative of this paradigm.  Christian Copts are under attack, but not in an all-out jihad.  Rather, under the Muslim Brotherhood their oppression is becoming institutionalized, including through new “blasphemy” laws which have seen many Christians attacked and imprisoned.

Attacks on infidels finally end when Muslims become 100% of the population, as in Saudi Arabia—where all its citizens are Muslim, and churches and other non-Islamic expressions are totally banned.

Such is Islam’s Rule of Numbers.

Thus as Muslim populations continue growing in Western nations, count on growing, and brazen, numbers of attacks on infidels—beheadings and such.

Most recently in France, which holds Europe’s largest Muslim population, another European soldier was stabbed in the neck by a pious Muslim.

The question is, how long will mainstream media and politicians refuse to face reality, including by propagating the false “grievance” claim, which, once Muslims reach enough numbers—as is projected for Europe—will be discarded for the full-blown jihad?

Raymond Ibrahim is author of the new book "Crucified Again: Exposing Islam's New War on Christians" (Regnery Publishing 2013). A Middle East and Islam specialist, he is a Shillman Fellow at the David Horowitz Freedom Center and an associate fellow at the Middle East Forum.