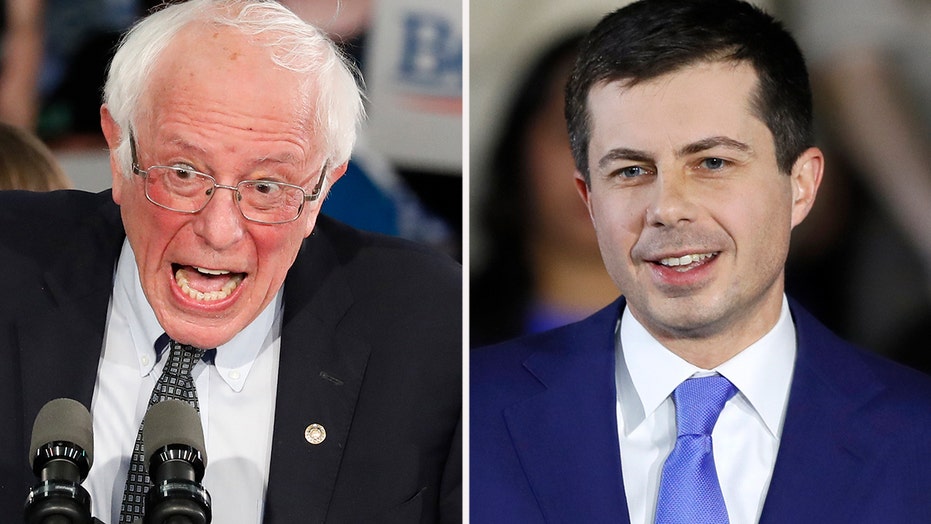 2020 Democrats take it upon themselves to claim victory after issues with a new voter app delay results; Griff Jenkins reports from Des Moines.

Now we know what we have always known — the Iowa caucuses needs to be replaced with a primary and moved from first in the nation.

First, in an era of PACS and social media the very concept of starting in a small test market no longer makes sense. These are national campaigns with televised debates and significant budgets; the early primaries should rotate so no region has an advantage and so that the voters in the early primaries are broadly representative of the Democratic primary electorate.

Second, the method used to run the caucuses is inherently suspect. You need to have lots of time to show up to spend hours in the caucus. The screening of who votes has always been loose and the counting of the votes somewhat suspect.

Hillary Clinton always believed that the results of the Iowa caucus, which she lost to Barack Obama in 2008, were unfair but she had no way to check the count nor question the results. All she could do was move on. Most caucuses only get about one-fourth of the vote of primaries.

And third, the demographics of those involved are far from typical. Polling of those participating in the caucuses on Monday night found that 58 percent were women, 96 percent were white and they were overwhelmingly liberal.

The Iowa caucuses are one of the reasons that the Democratic Party is tilted away from diversity and away from moderate candidates as everyone vies for an upset victory.

As to the results, that as of this writing, have not been revealed officially, we have heard that three candidates — former South Bend, Ind. Mayor Pete Buttigieg, Sens. Bernie Sanders and Elizabeth Warren — all did well compared to the other candidates.

If this holds up this would be a significant result and a big victory for the left of the party, which typically has been dominant in the Iowa caucus.

Moderate votes would have shifted from former Vice President Biden to Mayor Pete. If this is the case, Sen. Amy Klobuchar would not have gotten the vote she claimed in her eloquent “victory” speech on Monday night.

It’s been clear for a while that there are two basic lanes in the party right now — the moderate lane and the left lane and that we can expect one candidate from each lane to make it to the end and battle it out at the convention.

Obviously this is the result billionaire and former New York City Mayor Michael Bloomberg needed if he was going to have a chance to carve out more than a niche in the Democratic Party.

Biden is unlikely to do what Hillary did in 2008 and spring back in New Hampshire. This leaves South Carolina as his make or break contest and even that may not be enough to keep his fundraising going.

President Trump may have been impeached over raising questions about the Biden family’s Ukraine connections but the lame attempt by the press to pretend no issues existed here did not work. And it also caused Biden to duck the issues rather than confront them head on.

Most campaigns, when faced with these facts would have apologized and had the money returned or given to charity but instead the issues were allowed to fester unanswered.

So where does this leave us? The left is facing an all-out contest between Sanders and Warren. Sanders has something of an edge but the two senators may battle it out right up until the convention.

The moderate lane has moved from being clearly occupied by Biden to having no clear leader and I predict this will play itself out through Super Tuesday with the addition of Bloomberg. Mayor Pete is the upset leader if the Iowa count supports his victory speech.

But the larger issues hereafter about the lack of clear process, transparency and fairness dictate that we move on from the theatre of the Iowa caucus and finally reform the Democratic Party’s nominating process.

People have focused on the issues of the Electoral College but the nominating process -- with its chaotic schedule, myriad of rules and mix of caucuses and primaries -- is the place to start when it comes to reforming our electoral system.

It is undemocratic and the attempt to systematize it through an app has now revealed that the underlying process itself is open to widespread questioning.

We should, at a minimum, replace the Iowa caucuses with a primary. I believe we should switch to a series of regional primaries that rotate so that no one section of the country has any long-standing advantage in the nominating process.