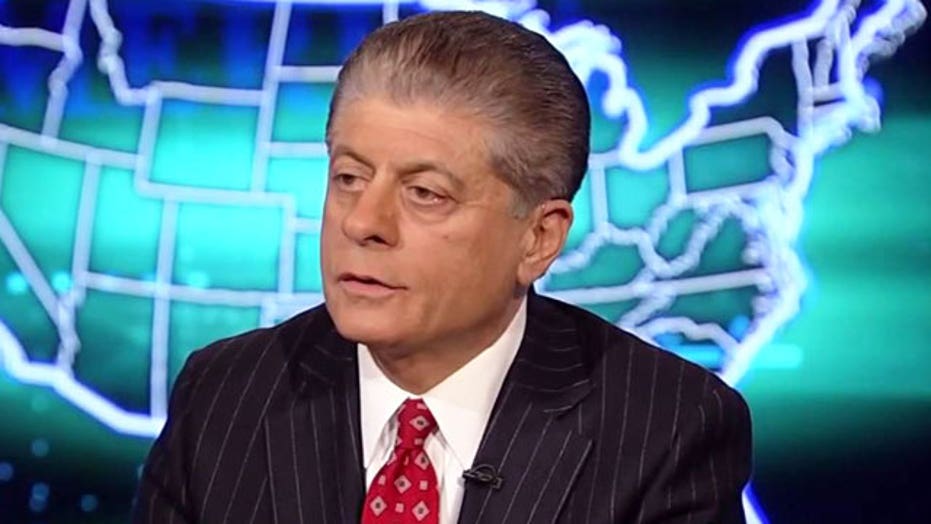 Alan Colmes and The Judge

The turmoil over the efforts by the State of Indiana to make lawful the decisions by operators of public accommodations to decline their services based on their stated religious views has died down because the legislature amended the offending parts of its legislation so that the new law prohibits denying services based on sexual orientation, yet its affirmations of religious liberty are meaningless.

The Indiana firestorm was the consequence of a governmental solution for no problem. It is absurd for a state to pronounce in its positive law the truism that rights guaranteed by the U.S. Constitution shall be honored in that state.

The statute as amended last week basically states that in Indiana all persons have the right to the free exercise of their religion, and if that right clashes with any other claimed right, the courts must take both claims into account and analyze the free exercise of religion claim by using legal standards intended to recognize that it is fundamental.

The Indiana firestorm was the consequence of a governmental solution for no problem. It is absurd for a state to pronounce in its positive law the truism that rights guaranteed by the U.S. Constitution shall be honored in that state.

That is already the law of the land everywhere in the United States by virtue of the Free Exercise Clause of the Constitution, which may not be expanded by any state legislature without offending the Establishment Clause. The free exercise of religion is a fundamental liberty; it is fundamental because it is a natural right and is expressly protected by the Constitution. It is intentionally juxtaposed to be at tension with the Establishment Clause. The two clauses together mean that government may not aid religion, may not harm it, may not advance it and may not interfere with it.

The Indiana firestorm was the consequence of a governmental solution for no problem. It is absurd for a state to pronounce in its positive law the truism that rights guaranteed by the U.S. Constitution shall be honored in that state. I say “absurd” because that already is the law of the land and any effort to restate it is superfluous and no doubt intended to mislead the people into believing that somehow, in Indiana, there is more religious freedom than elsewhere in the U.S. There isn’t, and there cannot be.

This misrepresentation occurred when Indiana’s original Religious Freedom Restoration Act stated that religious beliefs can trump legal obligations when the operator of a public accommodation is deciding whether to deliver his goods or services to a person whose status, past behavior or contemplated behavior runs counter to the operator’s religious beliefs.

When the owner of a northern Indiana pizza restaurant said she would decline to deliver pizza to a same-sex wedding reception because her religious views prohibit same-sex weddings, it was a lawful statement, and if she had carried through on her promise, her behavior in Indiana at the time the original statute was in force would have been lawful.

Should the pizza restaurant owner have been able to make that promise and carry through with it?

Before you answer, consider where this could have gone. Suppose the couple seeking the pizza at their wedding was not only same sex, but also of two different races, and the pizza shop owner claimed a religious aversion to mixed-race marriages. Could she have followed through on her promise to deny the pizza? Or suppose she objected on religious grounds to weddings of those who had been previously married? Could she lawfully have denied pizza to them? Or suppose she claimed a religious view that prohibited her from serving pizza to anyone whose skin color was darker than hers? Is there no limit to her ability to refuse service so long as she claims a religious basis for doing so?

One can see the slippery slope that the original Indiana statute could have begun by offering state legal protection to the refusal to deal based on religion, even when it is contrary to federal law. Under the law, no one needs to prove the prior existence of a religious creed or decree in order to claim it for one’s own, and the courts may not inquire of the origin, centrality, rationality or sincerity of one’s religious beliefs. Hence, the Indiana law on its face could be used to claim the right to deny any person any service in any public accommodation, so long as the denial was based on the denier’s stated religious views.

But the statute runs counter to standard First Amendment jurisprudence. The U.S. Supreme Court has addressed this twice in recent years and both times ruled that religious beliefs cannot trump the obligation to comply with the general law of the land. The Indiana legislature should have known this.

Before 1964, all public accommodations could refuse service to anyone for any reason. But the Civil Rights Act of 1964 and its amendments put an end to that for all immutable characteristics of birth, except sexual orientation. If the Indiana legislature wanted to bring back the bad old days with respect to sexual orientation and public accommodations, one can understand the firestorm it got. If it was just trying to boast that it was defending the same religious liberties the Constitution already requires it to defend, its efforts were clumsy, unnecessary and wasteful.

Why do politicians support legislation and not concern themselves with whether it is constitutional? Why do they trick innocent voters into thinking they are getting something unique?

Why do we return them to office when they shoot themselves in the foot?