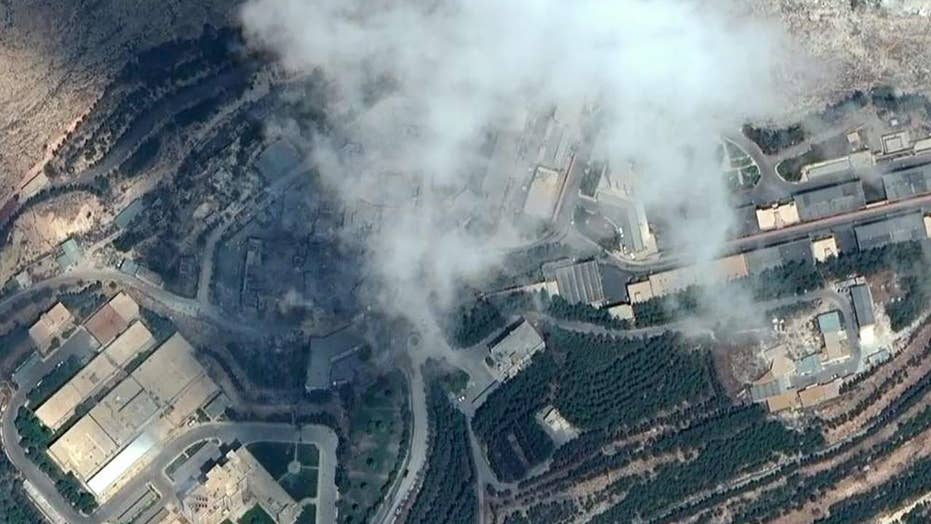 President Trump has sent a message that his “red line” will not be crossed.  It was important to degrade Syria’s chemical weapons capability and that’s what we did.

In addition, President Trump’s actions were not lost on Kim Jong Un and I believe this also weighed into the president’s calculus.  The North Korea nuclear threat is the greatest threat facing the United States today.  American strength and leadership has brought Kim Jong Un to the table to discuss denuclearization.  Kim Jong Un was watching how we would respond to Syrian President Bashar al-Assad’s latest chemical attack on his own people, and he saw that with this president, “red lines” will not be crossed.

Another complicating factor was Iran.  Iran has been a “great enabler” of the North Korean nuclear threat, but they are also in Syria.  This also had to weigh in on the president’s decision making process.

The big question now is “What is the next step?”  It is important that the United States execute a “3 Pronged Strategy” simultaneously designed to drive a wedge between Russia, Assad, and Iran.  Let’s keep them busy and off balance, focusing on their own problems, so they have less time for mischief and we can focus on our greatest national security challenge—North Korea.

Why has Russia been AWOL for the past five years on the 2013 UN Security Council Agreement to destroy Syria’s chemical weapons program and what happened to the inspections and required monthly reports?

Here’s a framework of how it could look:

Assad—Support an international campaign to go after him as a war criminal.  Yes, I understand the problem of having the UN Security Council (because of a Russian veto) referring this to the International Criminal Court at The Hague.  However, look at what’s going on in Sweden and Germany.  Swedish and German prosecutors have been in the forefront of prosecuting Syria war crimes.  And the Swiss have begun legal proceedings against Rifaat al-Assad, former Syrian Vice President and Bashar al-Assad’s uncle.  Further, Carla del Ponte, a former member of the UN Commission of Inquiry on Syria, has said the evidence is there to convict Bashar al-Assad of war crimes.  Let’s build on all of this.

Russia—Here, let’s focus on the 2013 UN Security Council Agreement to destroy Syria’s chemical weapons program.  Why has Russia been AWOL for the past five years and what happened to the inspections and required monthly reports?  And why did Russia veto the continuation of the Joint Investigative Mechanism which was investigating chemical weapons use in Syria?

Iran—Tension has been growing with a number of Arab states who have had it with Iran.  In the fall of 2016, some 11 Arab nations complained to the United Nations that Iran was a state sponsor of terrorism.  This was followed up in late 2017 with several Arab nations saying they would bring specifics to the UN Security Council.  Let’s encourage these Arab nations to have a sustained plan to keep Iran busy having to deal with its own problems.

Anyone who looks at the history of Syria realizes that the phrase “constant turmoil” best describes it.  It is a quagmire and the U.S. needs to take steps now so that our involvement there doesn’t escalate and the situation doesn’t get out of control.

President Trump’s action in degrading Syria’s chemical weapons capability was the right one and it showed both Assad and Kim Jong Un that with him, “red lines” won’t be crossed.  Implementing a “3 Pronged Strategy” designed to drive a wedge between Russia, Assad and Iran and force them each have to focus on their own problems will help ensure that American involvement in Syria doesn’t escalate and we can focus on the greatest national security threat to America today—North Korea.