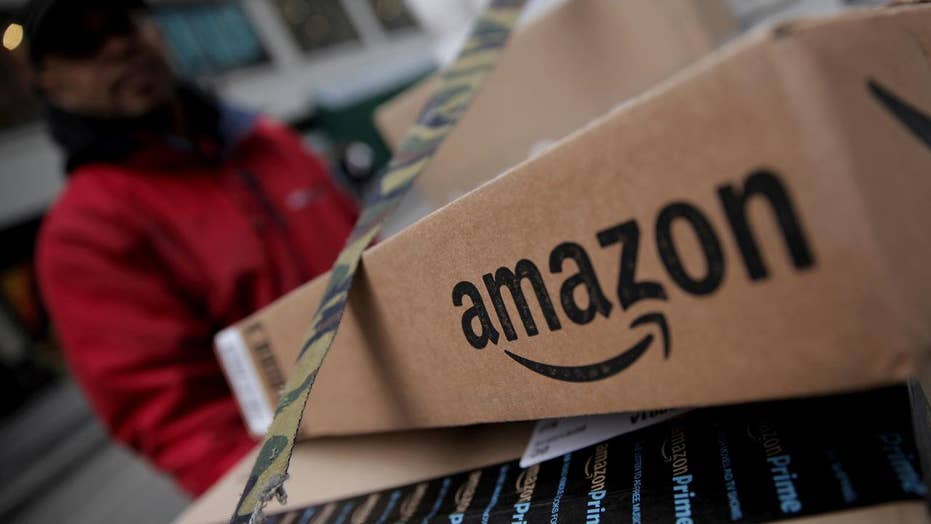 Amazon hikes minimum wage to $15 for all employees

Amazon bowed to political pressure Tuesday and raised its minimum wage to $15 an hour for its 250,000 U.S. employees and 100,000 seasonal workers, effective Nov. 1.

The online giant had been on the receiving end of the ire of Sen. Bernie Sanders, I-Vt., for not paying some of its employees enough money to protect taxpayers from subsidizing them through social programs. Left unsaid, of course, was that this subsidy would be even bigger if it weren't for the employment opportunities offered by Amazon.

While the news that it has approved a $15 minimum wage will give Amazon some good PR, it was Amazon's other reveal made in conjunction with this announcement that is concerning for entry-level jobseekers and small businesses across the country. Amazon says it will "work with policymakers in Washington, D.C., to advocate for a higher federal minimum wage."

The federal minimum wage is currently $7.25 an hour.

Rather than allowing its small business competitors to follow in its footsteps and raise base wages when feasible, Amazon is deploying its public policy team to try to raise the labor costs of other businesses by force of law.

Aside from the impact on small businesses, a $15 minimum federal minimum wage would significantly weaken the bottom rung of the career ladder for unskilled and young jobseekers.

In the sea of minimum wage studies, one stands out. Last year the University of Washington released an analysis, conducted by a municipally funded research team, of Seattle's decision to gradually increase the minimum wage to $15 an hour. The results were devastating.

The study found that increasing the minimum wage had significantly reduced the number of jobs and hours worked by entry-level employees. As a result, these employees saw their annual earnings fall by an average of $1,500 a year.

A minimum wage increase that reduces wages? Talk about the law of unintended consequences.

“Basically, what we’re doing is we’re removing the bottom rung of the (career) ladder,” said study author Jacob Vigdor. Leading labor economist David Autor said the study is “very credible” with the “statistical power that it can change minds.”

When you drill down into minimum wage economics, this blowback shouldn't be surprising. Consider that restaurants, which employ about half the nation's minimum wage workforce, operate on an average profit margin of 5 percent.

For every downtown high-end restaurant serving $100 bottles of wine, there are dozens of others trying to make a buck off a burger. Labor makes up about one-third of total costs. More than doubling the federal minimum wage to $15 an hour would double entry-level labor costs, eliminating profits.

Activists like Michael Reich at the University of California, Berkeley argue that employers could just raise prices to offset these minimum wage costs. But customers – especially those of the lowest margin establishments – are price sensitive. If prices rise, they'll stay home.

Eating at home, washing your own car, and skipping dry-cleaning are always options. Even in San Francisco, Harvard University researchers found that ordinary restaurants were significantly more likely to close because of that city's minimum wage increases.

These narratives should balance every mainstream media story about an employee struggling to raise a family on minimum wage.

Even at $15 an hour, it is difficult to raise a family. That's why instead of fighting for a $15 minimum wage, we should fight for $50,000 careers. At this earnings threshold, Americans can comfortably raise a family and live the American Dream.

There are currently millions of unfilled jobs in the U.S. that pay $50,000 or more. But the labor force needs skills to get these jobs. A major component of this skill-building is the countless soft and hard skills learned at entry-level jobs.

Policymakers should ignore Amazon's self-serving call to dramatically raise the federal minimum wage and instead focus on keeping career pathways open and the career ladder robust. The "Everything Store" shouldn't be selling public policy advice.

Elaine Parker is the President of the Keep America America Action Fund.